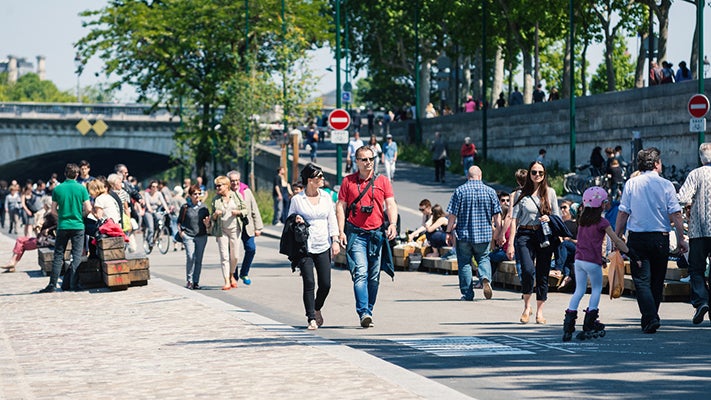 Paris asks locals and visitors to keep the city clean

The city of Paris is set to launch a major publicity campaign asking locals and visitors to keep the city clean, through a strategy of positive reinforcements.

Like a teacher congratulating a child for good behavior, campaign posters thank the public in advance for refraining from littering and using the garbage bins around the city.

“Hurray! You threw out your garbage in one of the 30,000 bins at your disposal,” reads one of the campaign posters.

“Thank you. You put out and threw out your cigarette butt in one of the 30,000 garbage bins at your disposal,” reads another.

The clean-up campaign is the latest initiative from the city’s socialist mayor Anne Hidalgo, who has been leading a crusade on cleaning the city’s air and streets with the expansion of bike lanes, and a controversial program to pedestrianize a major thoroughfare on the right bank along the Seine.

Last month, a court revoked a ruling that allowed the city to transform a riverside highway that cuts through the center of Paris into a pedestrianized walkway back in 2016.

Hidalgo has vowed to fight back.

In a Facebook post, the mayor released the new posters, asking both Parisians and visitors to help keep the city clean, saying that every day, the city collects 3,000 tons of garbage.

Some of the most troublesome areas for litter include the length of the canal, a popular area for picnicking during the summer.

Planning a trip to Paris this year? Be warned that the city’s anti-incivility brigade, made up of a team of 3,200 agents, has been dispatched to hand out fines for littering and urinating in public places. JB