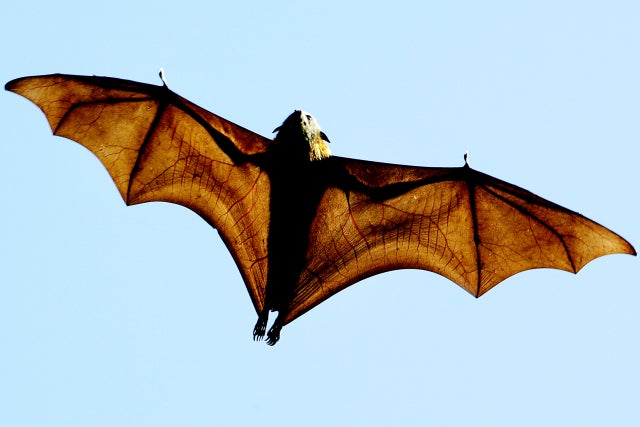 A genetic analysis of the bat droppings showed they were indeed eating the moths rather than other insects. Image: AFP PHOTO/Greg WOOD

Hungry moths are the bane of French wine growers’ lives due to their ferocious ability to feast on vines, but producers have discovered an unexpected ally in their fight against the insects: bats.

A study commissioned by the wine industry committee of Bordeaux, published Tuesday, found that bats were observed swooping to hunt more often towards vines where the bugs were present — meaning they could potentially be used as a natural pesticide.

A genetic analysis of the bat droppings showed they were indeed eating the moths rather than other insects.

“For the first time these results show in a formal way the capacity of bats to feed themselves on grapevine moths and cochylis moths,” the group said in a statement.

It observed bat activity over 23 plots of land in the wine growing Gironde region of southwest France around Bordeaux between May and October 2017.

Yohann Charbonnier of the Bird Protection League said the conservation groups had been surprised to find as many of 19 of the 22 local bat breeds feasting on the grape-loving moths.

“We weren’t expecting so many species of bats to be frequenting the vines, which were not previously known for their biodiversity,” he told AFP.

He noted, however, that bats still appear to prefer hunting in more natural environments such as hedgerows.

The study could lead the way for vineyards to look at encouraging bats to hunt there, to allow winegrowers to reduce their pesticide use.

Currently, growers faced with an infestation have no choice but to spray their vines with chemicals.

But Charbonnier said another study would be needed to determine “whether the bats eat enough of the pests to allow reduced use of pesticides”. AB