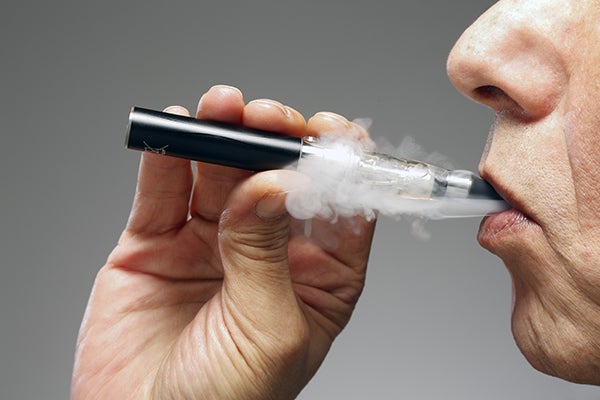 New research in the United States has found more evidence to suggest that e-cigarettes are not a harmless alternative to tobacco cigarettes and that they contain their own mix of toxic chemicals which could be damaging to health.

A team at the University of North Carolina School of Medicine developed a system to quickly evaluate e-liquid toxicity.

The system uses large plastic plates which have hundreds of tiny indentations, in which the researchers place fast-growing human cells and expose them to different e-liquids. The more these liquids reduce the cells’ growth rates, the greater their toxicity.

They found that even in small doses, two of the main ingredients of e-liquid  (propylene glycol and vegetable glycerin) significantly reduced the growth of the cells.

As well as base ingredients, e-liquids also include small amounts of nicotine and flavoring compounds. However, after testing 148 e-liquids the team found the ingredients in each liquid varied greatly, and that on the whole, the more ingredients in the liquid the more toxic it was.

In particular, the flavor compounds vanillin and cinnamaldehyde showed the greatest toxicity effects, and are widely used in e-liquids. Co-first author Flori Sassano also added, “The higher the concentrations of these compounds in particular, the more toxic the e-liquids were.”

The researchers also found that the chemicals had a similar toxic effect on a variety of cells, including human lung and upper airway cells.

“We have this tool and it’s very fast and reliable, and we now plan to use it on a wider scale,” added Sassano, “There are more than 7,700 e-liquid products out there, and regulators as well as ordinary people should know more about the ingredients they contain and how toxic they might be.”

The team has set up a database of e-liquid ingredients and toxicity information. The results were published in the journal PLoS Biology. JB

Not a morning person? 5 tips on how to get out of bed with a spring in your step