Looking back on our ‘bahay-na-bato’–in Nick Joaquin’s ‘Portrait of the Artist’ | Lifestyle.INQ ❮ ❯ 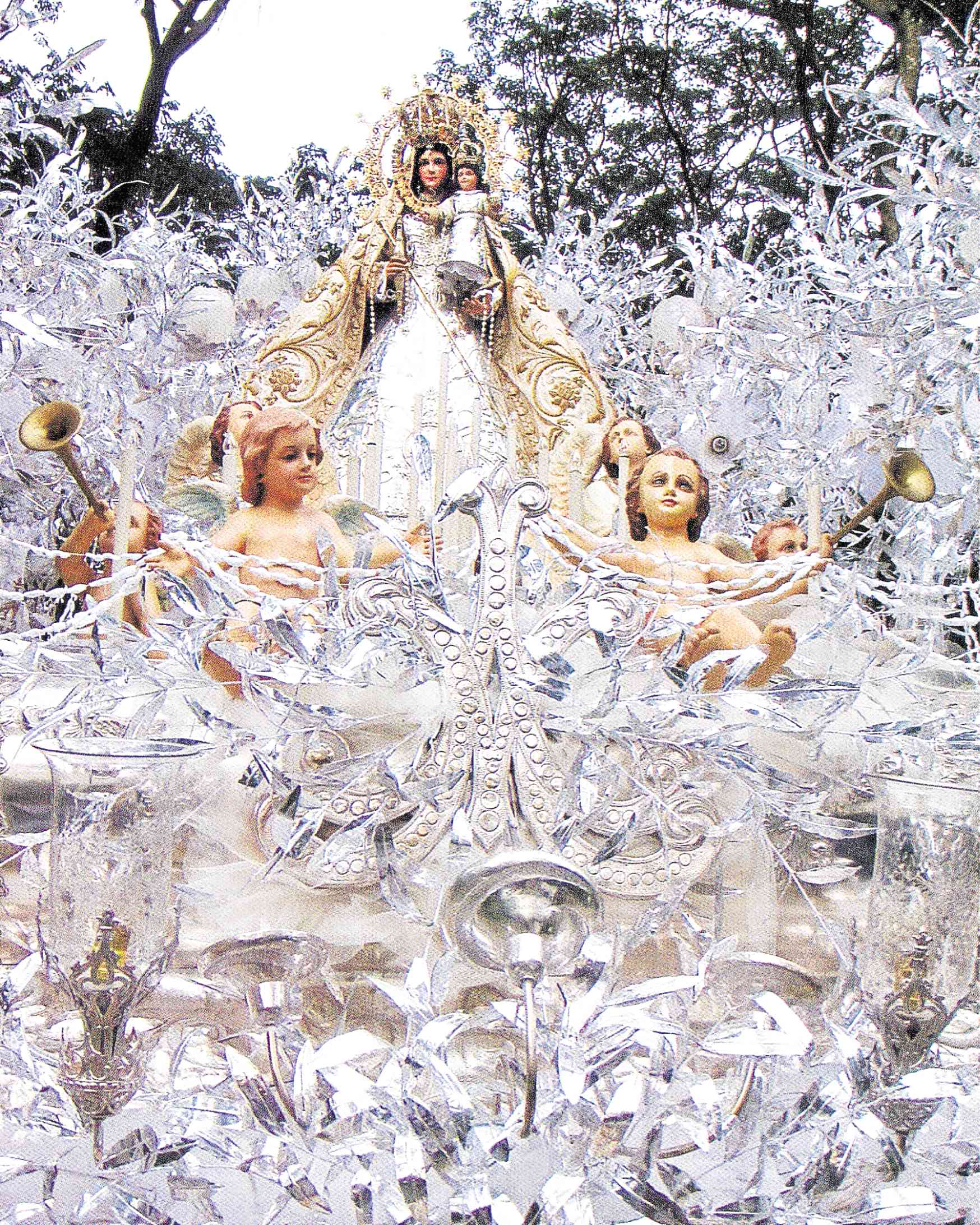 My earliest fascination with and exposure to the ilustrado lifestyle and bahay-na-bato architecture and interior design were from summers spent in the ancestral Santos Joven-Panlilio
house of my paternal grandparents in Bacolor, Pampanga.

Bacolor was christened by the early Spanish colonizers as the “Athens of Pampanga,” chiefly because of the high literacy rate and the arts and culture in the town. It was the hometown of such luminaries as “Crissot” (Juan Crisostomo Sotto), the famed Pampango poet; Don Valentin Ventura, who partially financed Jose Rizal’s “Noli Me Tangere”; Don Jose Leoncio de Leon, the first millionaire of Pampanga; legal luminaries such as former Justice Ricardo Puno, and lawyer Estelito P. Mendoza; and Ambassador Carlos Joven Valdes.

As a family, we had the privilege of celebrating Mass in our private chapel at home in the Panlilio Bahay-na-Bato, consecrated in 1907, in which the Blessed Sacrament was borne in procession in a religious rite called Domingo in Albis (the Sunday after Easter Sunday), a rare privilege granted a prominent family by the Pope.

Our house was one of the few that survived World War II, so an early exposure to the Filipino decorative arts—furniture, religious santos,
carrozas, oil portraits by 19th-century master Simon Flores y de la Rosa—was inevitable. This house in Bacolor was my father Jesus Nazareno Sarmiento-Panlilio’s ancestral home, the Santos-Joven Panlilio house, built in 1830.

On my mother’s maternal side, there was the even grander Yatco-Yaptinchay mansion in Biñan, Laguna, the house immortalized in Nick Joaquin’s “A Portrait of the Artist as Filipino,” directed in black-and-white by National Artist Lamberto Avellana, and starring National Artist for Theater Daisy Hontiveros Avellana.

The house of Doña Leonila Yatco Yaptinchay, or “Lola Ilay,” was stately and elegant, and also survived World War II intact and unscathed. Also, the house was well-known for being haunted by its owners. Naty Crame Rogers, who played Paula in “Portrait,” vividly recounts in her book, “Diary of a Movie,” meeting Don Pablo Yaptinchay, husband of Lola Ilay, in the flesh, only to learn that he was the man, long dead, in the oil portrait in the sala by Justiniano Asuncion.

An interesting trivia is that the entire family of Don Amado and Doña Esther Araneta, parents of Baby Araneta Fores, evacuated to this house. Mom remembers Baby clutching her French dolls for dear life.

Also memorable to Mommy’s adolescent mind was her uncle, Tio Sidring Yaptinchay, bringing in his best friend, actor Rogelio de la Rosa, who proceeded to sunbathe in the azotea, stripped down to his shorts.

My fondest recollection of the Yaptinchay house is of its reinauguration and blessing, after an extensive restoration and renovation in 1978; of dancing “Le Twist” with my Tita Flory Yaptinchay Evangelista, to the accompaniment of a native rondalla—not at New York’s Peppermint lounges, but beside the kitchen’s water cistern!

Sadly, and tragically, both the Santos Joven-Panlilio house and the Yatco Yaptinchay Bahay-na-Bato are gone—the former, due to natural disaster, the Mount Pinatubo eruption, and the latter, due to inter-family squabbles and a dysfunctional cousin who destroyed it.
Visiting Vigan
In 1977, while in Grade 7 at La Salle Green Hills, I had a classmate, Richard Singson, eldest son of Luis “Chavit” Singson and Evelyn Verzosa Singson, who helped the class win the annual yearbook drive, “Ranger 77,” by raising P100,000—a big amount then. To put the proverbial cherry on top, the whole class, all 50 of us, and our teachers, were invited by the Singsons to Vigan, Ilocos Sur.

It was a glorious week of art, culture and endless days on the beaches of Ilocos Sur. While my classmates lazed on the beach, I and the ladies—Evelyn Singson, Carmeling Pichay Crisologo (former governor of Ilocos Sur, who died last month), the irrepressible Virginia Flor Agbayani (the first director of the National Arts Center in Mt. Makiling), and Tere Orendain of the Daily Express—spent our free time going up every important bahay-na-bato in
Vigan that was miraculously intact and preserved.

I still remember the 10-watt lighting in every bahay-na-bato, and viewing the superlative and jaw-dropping ivory santos on verandas under virtual “19th-century gaslight.”

Truly, for all the thrift and parsimony of the Ilocanos, in their home interiors, they pour all their passion into their santos—the exquisite carving, the embroidered robes, all magnificent!

At the end of our vacation, sensing that I was the only La Sallite interested in the Vigan bahay-na-bato and Filipino antiques, manang Evelyn gave me my very first acquisition—a cobalt-blue, hand-painted English bandehado, which I have to this day, displayed at the Museo De La Salle comedor. I can still remember her saying, “Here, hijo, your very first
antique—so you can tell everyone in the future that Manang Evelyn Singson started you on your antique collection.”

Coming home from Vigan, and wanting to acquire more antiques, I was told that Manila’s antique row was on A. Mabini.

Thus began my introduction to
antique collection—my serendipity days in Ermita, as Anding Roces would say. My first stop was at Junque I, the seminal antique shop of Manila’s champagne bohemian trailblazer,
Gilda Cordero Fernando.

Her company, GCF Books, published “Philippine Ancestral Houses” and “Household Antiques and Heirlooms,” started many a budding young collector and antiquarian down the yellow brick road.
Among the antiquarians I would meet in Ermita were Don Luis Ma. Araneta, and Arturo de Santos, who would invite innocent me to join him watch basketball games—the players, mind you, not the games—at Rizal Memorial Coliseum. –CONTRIBUTED

(Next Sunday: Meeting the antiquarians) 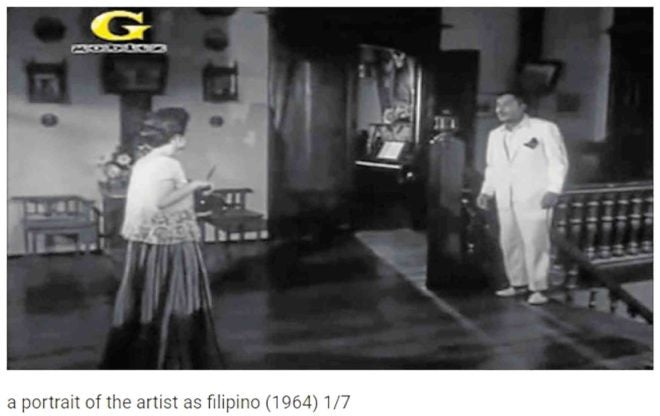