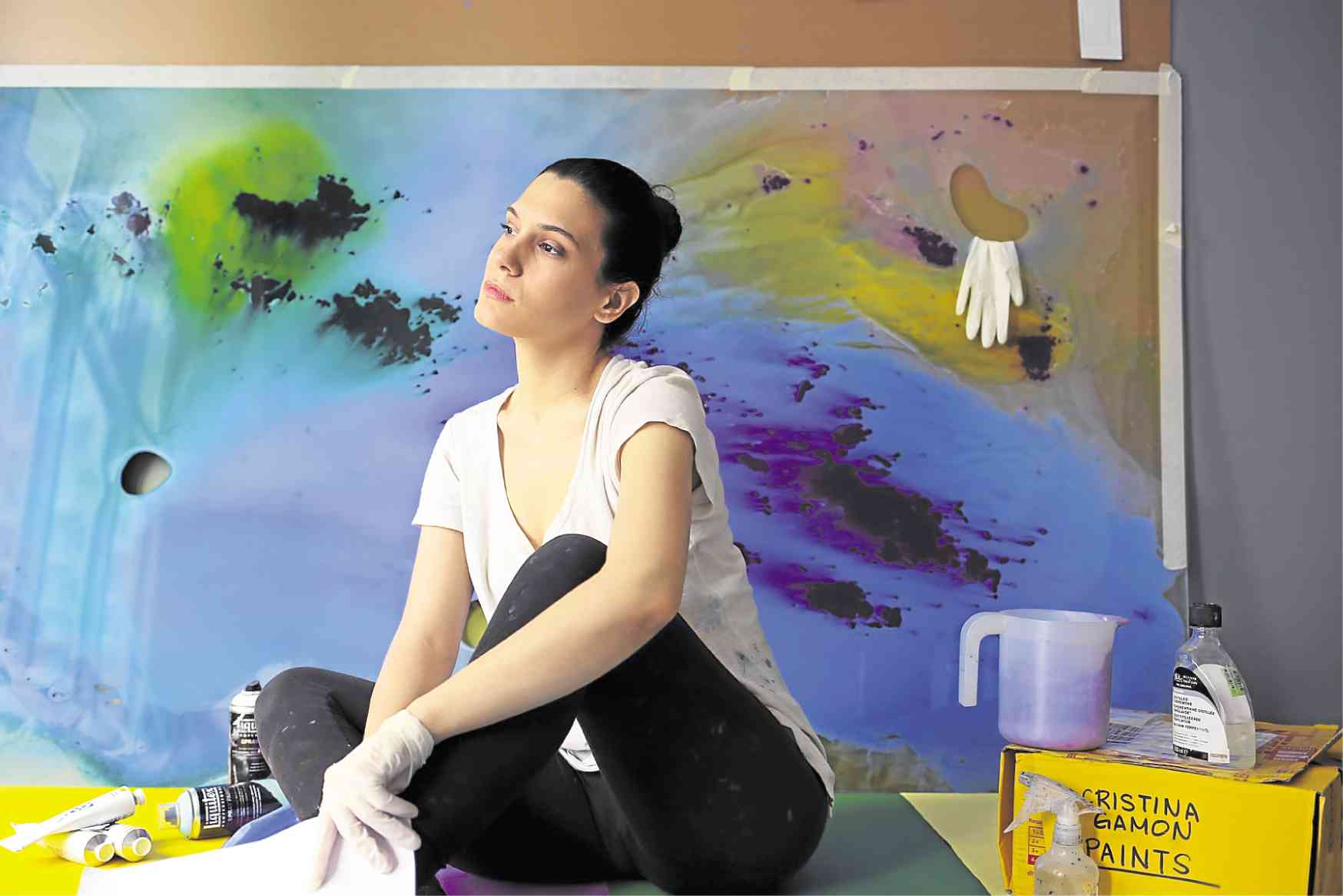 Spanish contemporary artist Cristina Gamón arrives in Manila for a residency and exhibition commissioned by the modern and contemporary art hub Galerie Stephanie at the Shangri-La East Wing in Mandaluyong this April.

She creates distinctive pieces for “Acquatopia,” her first solo exhibition in Asia. The title is a conscious archaism of “water” in Latin and its European scions, alluding to the fantasy and romanticism proposed by the wholeness of Gamón’s contemporary works presented at Galerie Stephanie.

A painting by Gamón involves colors spread and splattered unto several layers of acrylic surfaces, intuitively punctuated by cut spaces, giving us glimpses of the more solid (yet still veiled) foundations of the composition.

The translucence and fragility of the acrylic sheets coated by tempered amounts of acrylic paint can evoke many visual trajectories: the images may allude to familiar painterly vicinities of mountains, archipelagos, or fields seen from a bird’s point of view, while some figurations may instantly induce ruminations of wide seascapes or mirages through river troughs.

Her works may also be seen as microscopic documentations of made-up environments. Much like specimen slides under a mechanical lens, the acrylic sheets become delicate containers of floral and faunal cells under examination, bursting with life.

Cristina Gamón (b.1987 Valencia, Spain) lives and works in Madrid. She has participated in solo and group shows in Spain, France, the United States and England. Some of her works are included in collections of universities, public institutions, and estates in Spain and France.
Her prizes include the National Painting Prize Queen Sofía in 2016, Resident Artist Member at Casa Velázquez Académie de France à Madrid 2012-2014, and Gold Medal in the National Painting Award BMW in 2011 which was awarded by the hand of the Queen Doña Sofía.