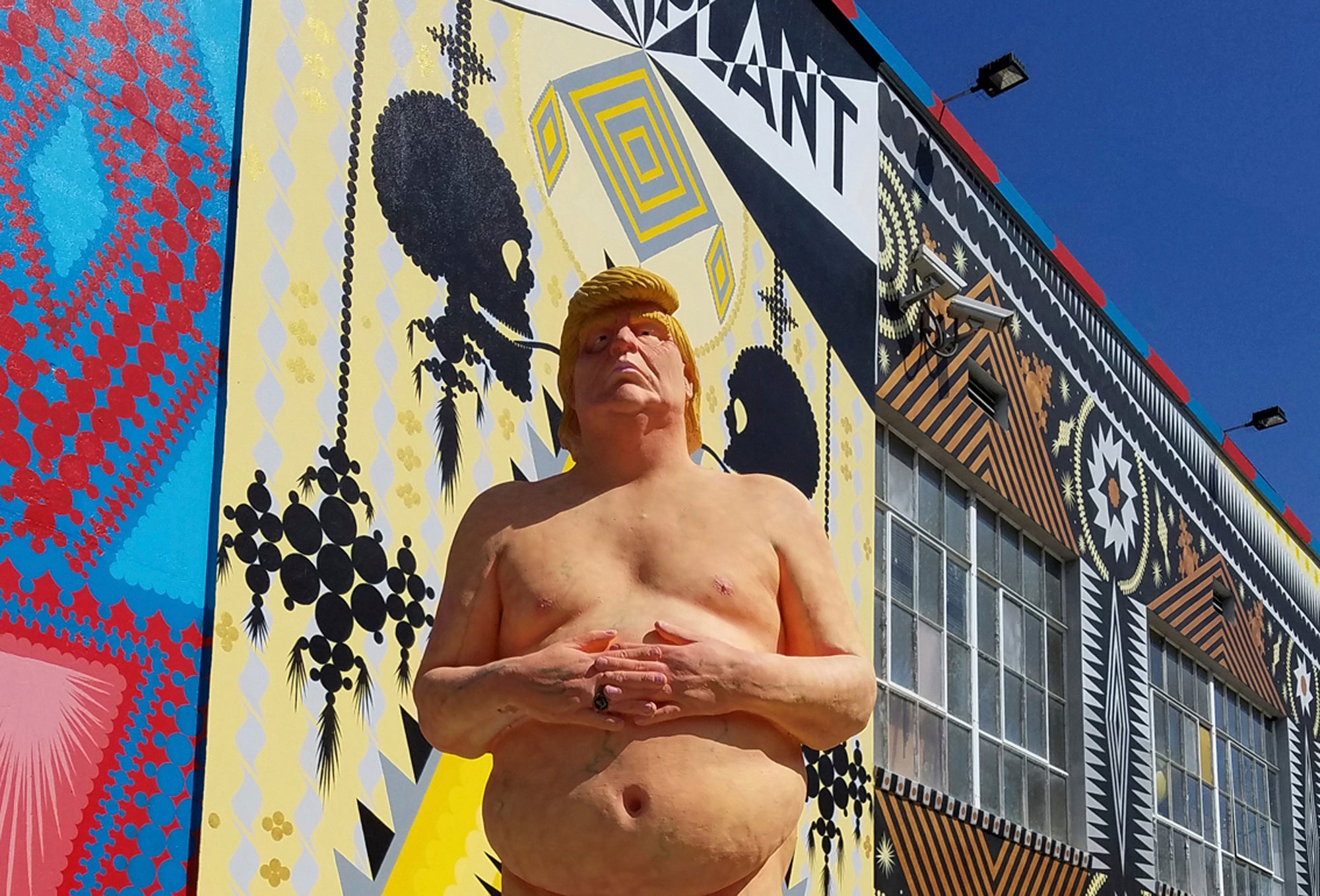 JERSEY CITY, N.J. (AP) — A statue of a naked Donald Trump is going on the auction block.

Julien’s Auction says the sculpture is the last statue remaining that was not vandalized or destroyed when it was displayed along with others in New York, San Francisco, Los Angeles and Cleveland in the weeks before the Republican was elected president.

The auction house estimates the statue, which was created by the West Coast anarchist collective INDECLINE, will sell for $20,000 to $30,000.

The auction will take place on May 2 at Mana Contemporary in Jersey City, New Jersey. CC