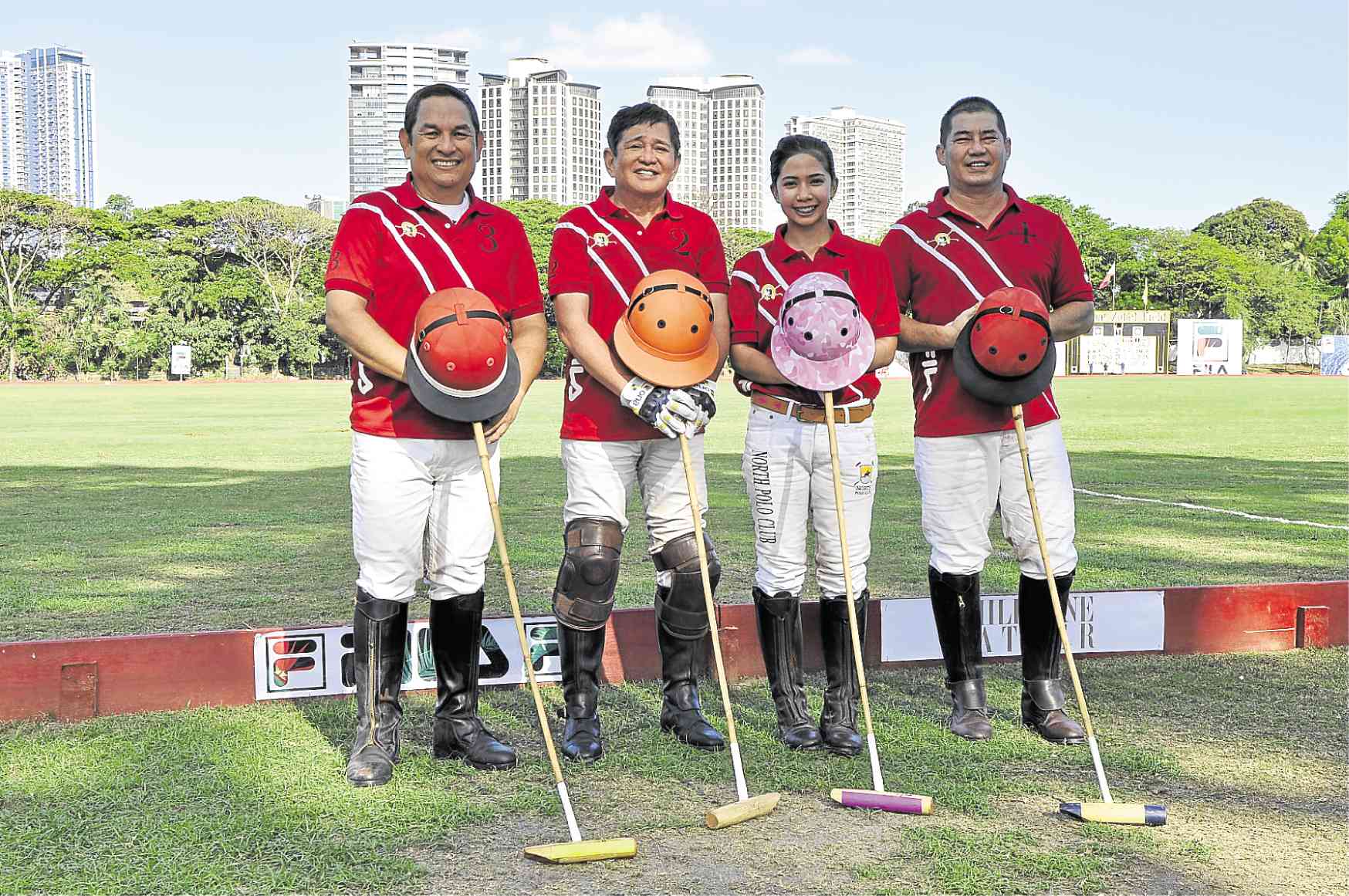 The polo season ended in high style at Manila Polo Club (MPC) with the Fila Cup.

Polo patron Jun Eusebio, owner of the North Polo Club, and his wife Pinky came to root for their polo-playing daughters. Polo player and iSportlife chair Butch Albert made the Fila Cup more diverse by organizing three matches instead of the usual two to give a chance to new players.

The first game ended with a tie, 6-6, between two teams. However, the team of Visa country manager Stu Tomlinson, Pips Zorgani, Basi and Finn Cue and actor Diether Ocampo won by virtue of their higher handicaps.

“They were behind all the way, but came back and won it,” said polo annotator Jack Clark Jr.

“To his credit, Butch gave two critical penalty shots. They’re called pressure shots, when you shoot a penalty and you need those points to score,” said Clark.

The stronger players were in the high goal. Albert’s nephew, Tommy, played with his father Vince for the first time this season. Their team included Manot Montilla and Alfie Araneta. They beat the team of Coco Garcia, Santi Juban, Jay de Jesus and Anthony Filamor.

“There were no professional players, but the players here were excellent,” said Clark.

Bitong was the crowd favorite as people cheered all his moves. “He is an all-around player, switching from offense to defense,” said Clark. “Sometimes they don’t score the most, but they set up the play. He’s got the ball out and into play, moving it up the field. His first goal was fantastic under the next shot. You don’t see it very often from 60 yards out.”

The Fila Cup also doubles as a marketing campaign for the brand’s fashion collection. Booths presented fashionable rubber shoes for walking, as well as the tropical sportswear collection.

For Fila CEO Cris Albert, the event supports her advocacy to help orphans find a home through iFoster, and develop communities ravaged by calamities through Operation Compassion. —CONTRIBUTED