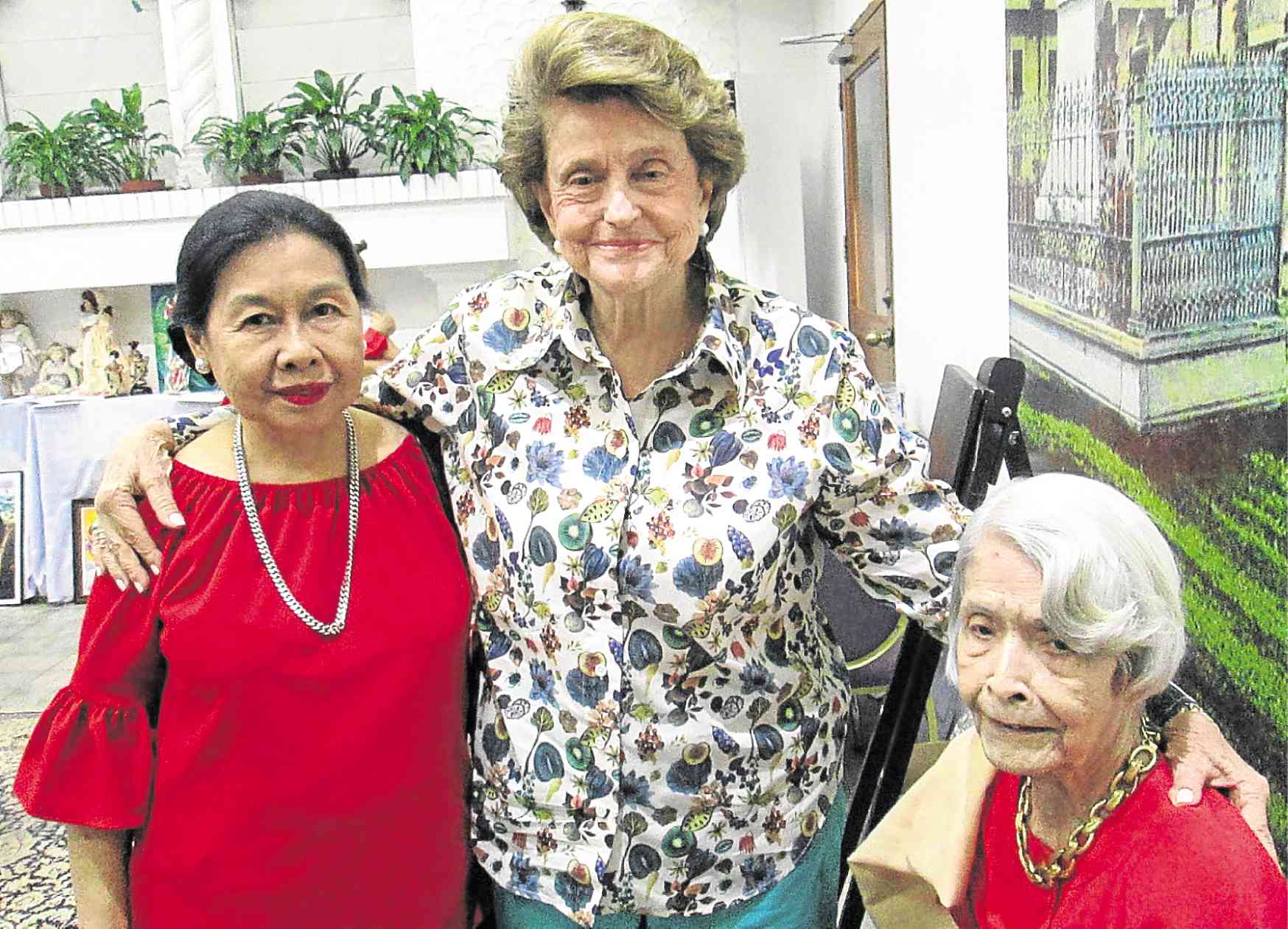 For this year’s silent auction, the all-women Winner Foundation members came in Christmas-y red, with a few wearing deep fuchsia. I wore my blue-and-white nautical stripes, being a nonmember but almost a yearly visitor and bidder for lower-priced objects.

There was one year, my first time to go, when I went overboard and beyond budget. The next year I restrained myself and just bought secondhand paperbacks from the table of historian Benito Legarda Jr. Another year, I outbid a rival for a set of batik handkerchiefs.

On my fourth year, I again practiced strict discernment as I moved from table to table to study the things for sale. I fell madly in love with a hand-embroidered blue and white floral tablecloth for a round table that sits six. It came with 14 serviettes
—perfect for the Baguio house where the husband who enjoyed decking the halls with boughs of artificial holly was waiting for my find/s.

The floor price or opening bid was P400, and the next bids were in increments of P100. Every time I wrote a counter-bid, someone outbid me. I hung on until the bid rose to the final P1,600, which was when I admitted defeat.

A knowledgeable foundation member said even at that price, the tablecloth with matching serviettes still came out reasonably priced.

I came home with one gift for the house (a long fruit and nut tray) and a gift for the Mister (a yellowing “The New Worldwide Postage Stamp Album” dating back to the early ’50s). When he riffled through the album, looking so pleased because he is a philatelist, he noticed that someone had inscribed on the inside back cover her name in brown fountain pen ink: “Gemma Cruz—1957.”

He has kept the album at his bedside since I brought it up to Baguio. Bingo! It was the most apt gift, considering how hard it is to buy a present for a man.

Regina “Ninit” Roces Paterno, one of the foundation’s earliest members, said the rationale behind the auction, whose proceeds go to the maintenance of the Arroceros Forest Park in Manila, is “what’s trash for some is treasure to others.”

Like her cousin, Inquirer Lifestyle columnist Chit Roces-Santos, she is a collector of art and antiques which, she said, are “close to our hearts, being nieces of artist Alfredo ‘Ding’ Roces. We are friends with artists because of our connection with our uncle.”

When the forest park was still young, foundation members would invite artists to paint landscapes. The women would serve them snacks or lunch.

Paterno recalled how, in those early years, the women were still in their 40s and 50s with children in college or freshly out of college. “We felt that it was time to pay the community back apart from our concerns of caring for our families.”

She continued, “Since those early days of the creation of the forest park, the artists’ community has played a big role in its development. As the trees matured, the backdrop of the Pasig River and the greenery served as inspiration to this small community of artists, many of whom since then have gained popularity. Our members, being nature enthusiasts and art lovers, found instant rapport with them.”

The painters were the first to volunteer to donate their works. Paterno said, “That was how the first silent auction began. Friends and relatives supported our efforts. Once a year in our auction, we assure them of good company and a hearty dinner.”

She added, “I’m ashamed and shy about asking money for our cause. We just ask people to donate old things.”

A few years ago, the Catholic Women’s Club joined Winner Foundation in maintaining the park and other environmental projects. Expenses such as the gardeners’ salaries, tools and water bills are shared. They have become true environmental partners.

Speaking of a hearty dinner, at 7 p.m., when the auction was closed, guests and members repaired to Orchid Hotel’s Café Alicia where a bountiful buffet was spread out. The repast consisted of the best dishes from the members’ kitchens, like corned beef with sauerkraut, ham, white cheese with pan de sal, lasagna, vegetable lumpia, prune cake, lemon meringue pie, apple pie and so on.

During the auction, hotel waiters went around to serve canapés of bacon wrapped around slices of saba banana and mini toast bread with a spread of bacalao, and nearly bottomless glasses of red or white wine.

All these served to push bidders to be more generous.—CONTRIBUTED