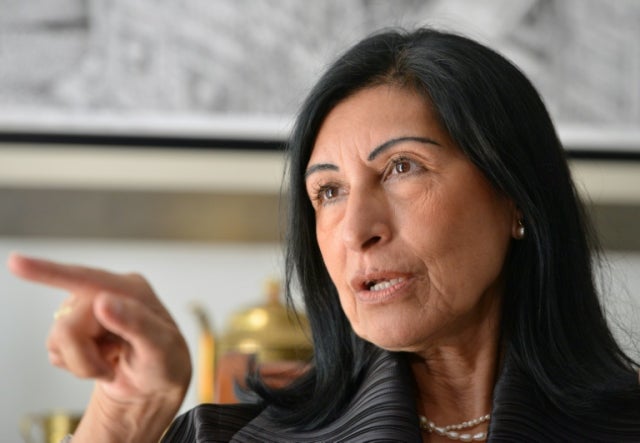 Women in ancient Peru, far from being marginalized and invisible, were political and economic decision-makers, according to a new study that challenges many traditional takes on the country’s history.

Instead, she asserts, they were monarchs.

The book, published by San Martin de Porres University, is the result of the 10 years of research.

“Women were invisible in history, and what my book does is propose restoring the memory of the real life of these women. That’s why this more than just a claim,” Villavicencio told AFP.

In the book, Villavicencio argues that women exercised political power in their communities in different areas of pre-Hispanic Peru.

“Women were categorized as priestesses to lower their status — not as a person who had power to participate in their people’s political, economic and social activities, able to decide and make alliances with make rulers,” she said.

“There is a discriminatory interpretation by researchers regarding women in ancient Peru” which “obscures the power of these women,” she says.

The first mummy of a high-status woman was discovered in northern Peru in 1992, in an archeological site in San Jose del Moro, home to the people of the Late Sican period who lived there between the 12th and 14th centuries.

The figure had long been considered a high priestess, though she was buried wearing the clothes of a ruler, along with the remains of eight elite women and a headdress. From 2013, she started being called the Senora (Lady) of Chornancap, the historian said.

In 1987, archaeologists discovered what came to be known as the Lord of Sipan, near the modern day city of Trujillo.

Another find, of the Lady of Cao, who governed in the 4th century during the Moche culture, was also originally labelled a priestess, despite being buried with a scepter similar to that found at the Lord of Sipan’s tomb.

After further study, the Lady of Cao was considered a ruler, and today she has a museum in her honor.

“There is a biased view when it comes to women, a male-centric vision that puts men at the center of everything in Peru’s history,” Villavicencio said.

Traditional books of Peruvian history said that women were absent when governing decisions were made, but her research shows the opposite, she said.

Villavicencio said lineage was a principal criterion for assuming power.

There were also four areas in which power was attributed to individuals: miracle-working, reproduction, textile-making, and supplying food.

Women’s “power to heal, to summon the weather through knowledge, to show the path of life and death made them leaders,” she affirmed.

An important symbol was the tattoo. “For example, the Lady of Cao had serpents tattooed on her arm, which signified she able to summon water from the rivers and possibly predict the weather.”

There are also sanctuaries in which the remains of elite women have been discovered, such as at a site in the Lima neighborhood of Miraflores called Pucllana, or a nearby site in San Isidro.

The San Isidro site, Huallamarca, in 1958 yielded funeral remains of around 100 people, 73 of whom were elite-level women, among the Lady of the Long Hair (la Dama de los Cabellos Largos). The buried remains of men were also found, but they were of lower rank.

Archeologists have also dug up much evidence of textile making. Villavicencio said that cloth mantles were believed to confer power to women in ancient Peru. NVG

How Women Are Depicted Throughout History