‘My next book is about rock n’ roll, drugs, sex’: A night with chef Nobu | Inquirer Lifestyle ❮ ❯ 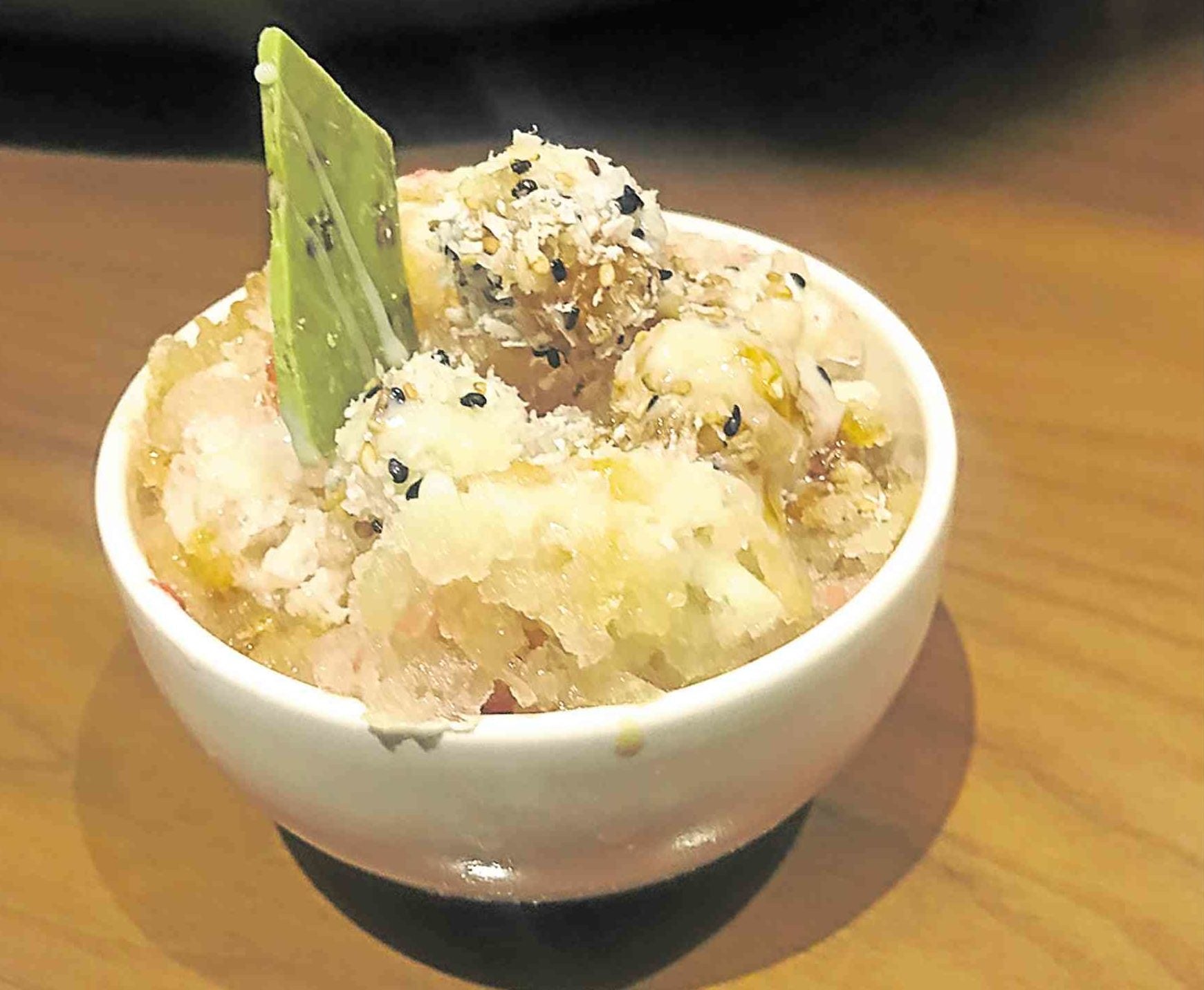 ‘My next book is about rock n’ roll, drugs, sex’: A night with chef Nobu

These are the choices you’d have to make at Nobu Manila, and, sometimes, the best choice is not to make one at all.

It was Black Saturday and we were at the City of Dreams for The Nobu Experience, a one-night event hosted by chef Nobu Matsuhisa.

Matsuhisa, chef-proprietor of the world’s Nobu, Matsuhisa and Ubon restaurants, runs an empire that has grown to 47 restaurants and six hotels in various countries, including Manila.

“Manila is very friendly… especially our company, the Nobu team, they’re very friendly. So I feel like I’m back home,” he said.

Manila was the final stop of his promotional tour which included London, Milan, Munich, Paris, New York, Melbourne, Perth and Kuala Lumpur. Nobu Hotel and Nobu Restaurant opened in the Philippines in 2015.

Nobu is known for serving a fusion of Japanese and Peruvian flavors, a tribute of sorts to Matsuhisa’s history as a young Japanese chef in Peru. And guests at the event shelled out P10,000 each to enjoy exactly that.

At the Teppan Table, a beautiful slab of beef was being carved to make Nobu-Style Wagyu Pastrami Sliders. That’s also where we got our fill of Wagyu Gyoza, best paired with spicy ponzu sauce.
In the next station were plates of freshly cooked plump Tiger Prawns with Miso Yoghurt and Salmon Corn Aji Amarillo.

“I like to introduce Nobu’s food to all Filipinos, healthy food,” Matsuhisa said.

We clinked together our tiny glasses before downing Uni Shooters, a buttery, eggy mix of sea urchin gonads (yes, gonads), sake and ponzu that might just be the thing to turn uni skeptics into believers.

The wagyu tacos and rock shrimp may be our Nobu picks, but what is Matsuhisa’s?

The Dessert Action Station offered a sweet ending to the fun dinner. Apart from the Nobu Halo-Halo which was popular with guests, there were rows and rows of Eclairs, Creme Brulee, Yuzu Dome.

There was also the À la Minute Chocolate Bento, which is baked on demand and topped with the ice cream flavor of your choice (vanilla, green tea or ube). Waiters also gave out freshly cooked Japanese donuts.

Three kinds of sorbet were nestled on a bed of ice: pineapple, mango and blueberry— each bowl sprayed with chilled sake before being handed to guests.

The food was just one attraction; the chance to interact with Matsuhisa was the other. And guests got to do that as he posed for photos with them and signed copies of his book “Nobu: A Memoir,” which came out in November.

We came ready to enjoy Nobu’s food, but the evening’s biggest treat was realizing how charming and funny Matsuhisa is.

“This book is the first one, it’s about how I became a chef. So I’m thinking about phase two. Next one is about rock n’ roll, drugs, sex,” he said, laughing.

The Matsuhisa magic is clearly universal, the multicultural crowd—Japanese, Chinese, Filipinos, Americans, Europeans—eagerly waiting for their moment with the chef proving that.

A family of four from Minnesota greeted Matsuhisa. He commented on their matching yellow outfits. The mother said, “Remember in the ’80s when President Aquino wore yellow every day? This is for hope.”

One guy shook Matsuhisa’s hand enthusiastically and said, “I drank too much, I ate way too much and I’ll be back again.”