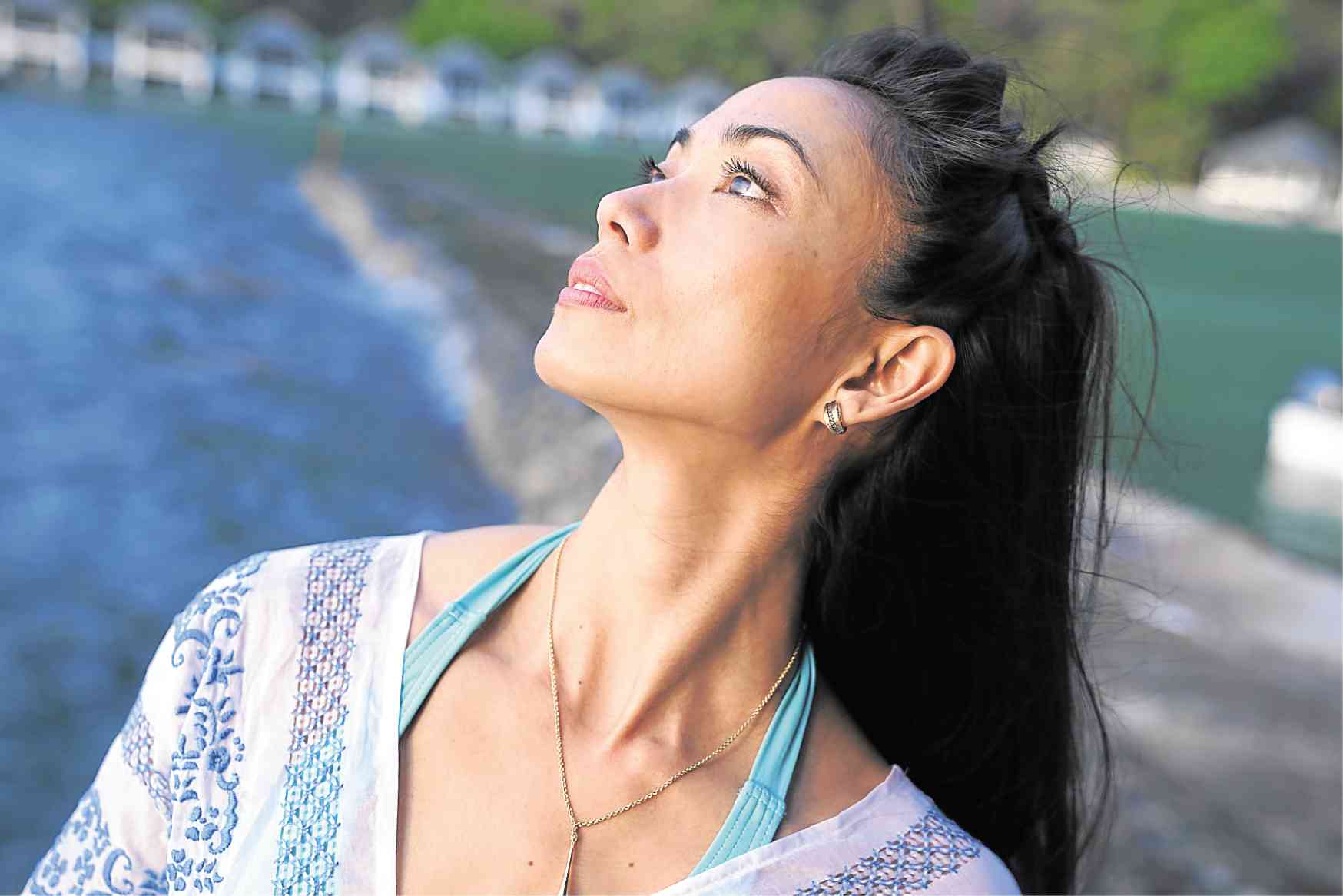 Filipino-American ballet dancer Stella Abrera was in fine form during rehearsals at Maybank Theater on April 3. The principal dancer of the prestigious American Ballet Theater (ABT) performed a pivotal scene from “Romeo and Juliet” with Korean danseur Joowon Ahn.

It was the first time the two characters were alone. They were tentative, playful. The scene ended with a kiss, and Abrera slowly broke into a smile that left the audience believing again, at least for that moment, in true love.

Boylston, a principal dancer since 2014 and soloist since 2011, and Hoven, a recipient of the 2008 Princess Grace Award, will perform a pas de deux of John Philip Sousa’s “Stars and Stripes,” while Russian ballet dancer Zhurbin will join Abrera to perform a concerto by Dmitri Shostakovich.

These will be followed by the performances of Murphy and Sebastian (Johann Strauss II), Abrera and Ahn (“Romeo and Juliet”), Hurlin and Scott (“Flames of Paris”), and Murphy and Hoven (“On the Water”).

“When I learned about our Asian tour to Hong Kong and Singapore, I thought it would be a good idea to finally take up the invite Sophia Zobel Elizalde extended to me,” Abrera said.

The two were introduced at a Mexican dinner in New York City two years ago and became fast friends. Elizalde, founder and managing director of Steps Dance Studio, broached the idea of putting a show together in the Philippines.

The result is “An Intimate Evening with Stella Abrera and American Ballet Stars,” with Elizalde as committee chair for the benefit performance.

“This is kind of like a dream gig for us,” Abrera said.

Last week, she and the other dancers did some shopping, with Hoven finally getting his hands on a much-sought after Balenciaga bag.

“I looked everywhere. It’s not in the stores and it’s no longer available online,” Hoven said. “Sofia (Elizalde) asked around, made some calls and was able to locate one.”

The group spent the Lenten weekend on Lagen Island, El Nido, where they soaked up the sun, kayaked and enjoyed the produce, especially the ripe mangoes.

In Manila, they visited one of the schools run by Centex (Center of Excellence in Public Elementary Education), the beneficiary of their shows.

With his good looks, Korean dancer Anh received a raucous welcome from the students, many of whom mistook him for a Kpop star.

“The students greeted us with a violin performance and some of the children did a really sweet dance for us. That’s when the waterworks started,” Abrera recalled.

She and several of the female dancers couldn’t keep their emotions in check and began tearing up because they knew the time and effort the children had poured into the performance.

For the finale of the shows tonight and tomorrow night, the ABT dancers will be joined by Steps scholars of the Centex Scholarship dance program in a performance of an excerpt from “Don Quixote.”

This passion for dance is something Abrera is familiar with. After a lingering illness which forced her to stop dancing for two years, she rose, phoenix-like, to become the first Filipino-American to gain the highest position as principal dancer of ABT.

This is her 22nd year with the premier ballet company, which she fondly calls home.

“Find the drive to work hard from within yourself. Strive every day to improve, so that in the end, no one can say that you didn’t try your hardest,” Abrera said. “Not everyone will have a successful dance career, but the lessons we learn from our training in ballet are invaluable tools that help us in other facets of life.”

“An Intimate Evening with Stella Abrera and American Ballet Stars” on April 6 and 7 will benefit the Centex Program of Ayala Foundation, which is celebrating its 20th anniversary this year. The shows are presented by Ayala Foundation with Ayala Group of Companies and Patek Philippe.