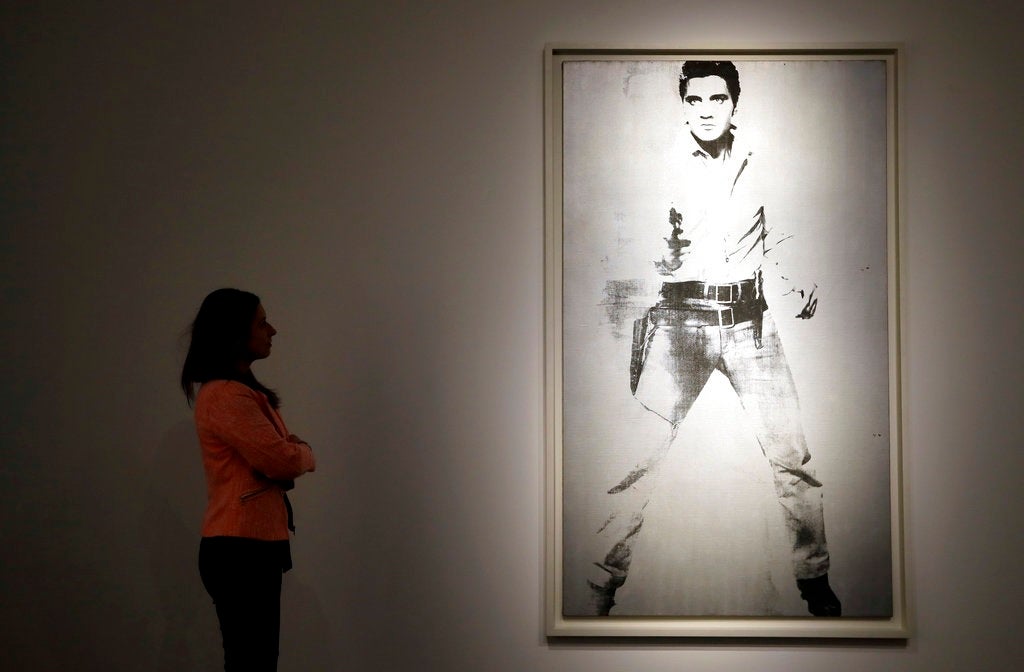 A painting by Andy Warhol called 'Double Elvis [Ferus Type]' (1963) is displayed at Christie's auction rooms in London, Thursday, April 5, 2018. The painting will be offered in the Post-War and Contemporary Art Evening Auction in New York on May 17, and carries a price tag in the region of 30 million US dollars (21,390,300 UK pounds). The portraits are on display at Christie's London showroom from Friday until April 10. (AP Photo/Kirsty Wigglesworth)

LONDON — An Andy Warhol painting of Elvis Presley – the artist’s only full-length portrait – is for sale with an estimated price tag of $30 million.

“Double Elvis (Ferus Type)” depicts the hip-swiveling musician holding a revolver, as he appeared in the 1960 Western “Flaming Star.”

The 1963 black-on-silver portrait is being auctioned by Christie’s in New York on May 17, alongside Warhol’s “Most Wanted Men No. 11, John Joseph H., Jr.”

One of a series of mug shot images created by Warhol for the 1964 New York World’s Fair, it was also expected to fetch $30 million.

The portraits are on display at Christie’s London showroom from Friday until Tuesday.