10 years of the Philstage Gawad Buhay: Come celebrate with us on April 12! | Inquirer Lifestyle ❮ ❯ 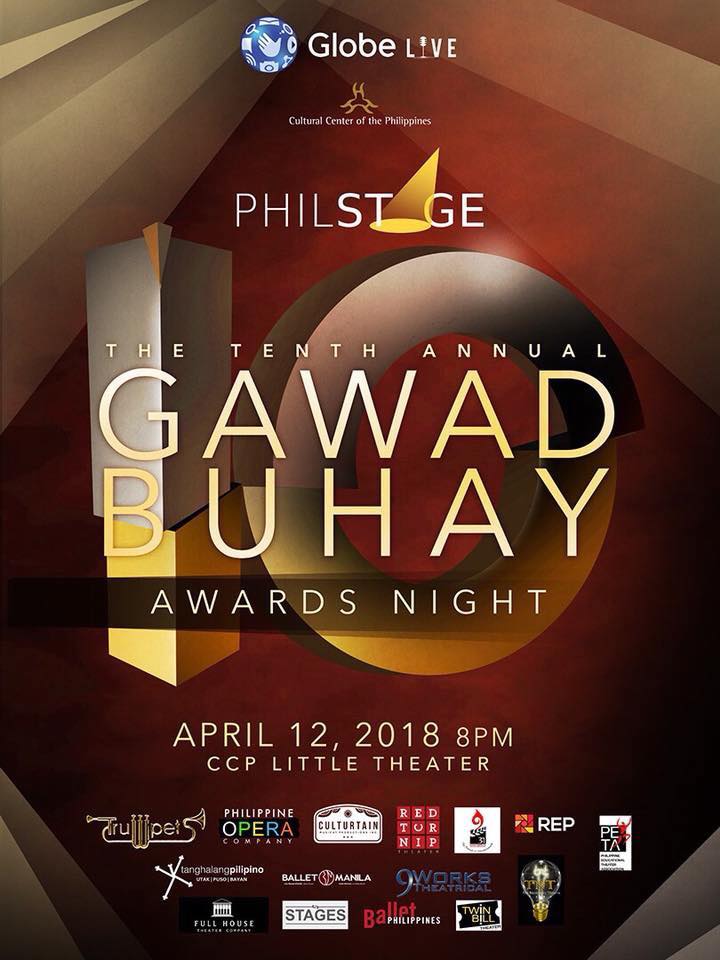 10 years of the Philstage Gawad Buhay: Come celebrate with us on April 12! 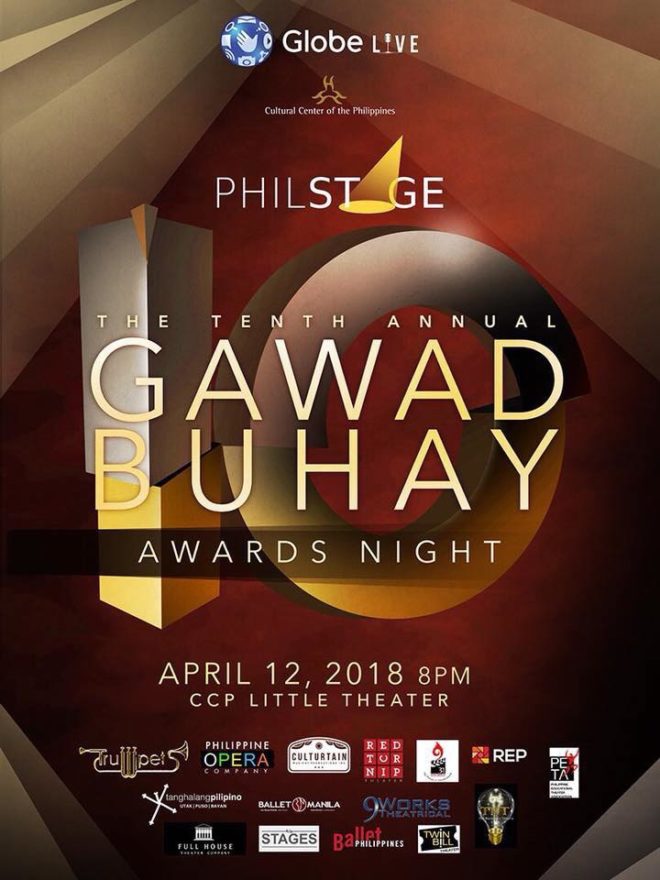 In 1997, artistic directors of the leading professional theater and dance companies in Manila were invited to a luncheon at the Manila Polo Club to be interviewed by an Australian journalist doing a piece on Philippine theater.

Up until then, theater companies were fierce competitors. I anticipated a clash of egos. But it turned out to be a warm, jovial gathering, not unlike a family reunion of long-lost siblings. It was there that everyone agreed it was time to band together and build a performing arts industry.

Soon after, the Philippine Legitimate Stage Artists Group Inc., or Philstage, was established. It is an umbrella organization of the leading professional theater and dance companies in the Philippines. Since the member groups produce shows, Philstage also represents the producer sector of the performing arts industry.

There is a board, where each member company is represented (usually by its president or artistic director). The board charts the direction of Philstage, and directives are executed by committees assisted by an executive director. Current officers are Maribel Legarda (vice president), Lisa Macuja-Elizalde (secretary), Karla Gutierrez (treasurer) and Rem Zamora (public relations). I serve as president. Elections are conducted every three years.

Any professional theater or dance company that has either been in existence for three years or has produced three stage productions is qualified to join Philstage. This prerequisite ensures that members have a long-term commitment to the industry, because Philstage’s mission is to build a thriving professional performing arts industry in the Philippines. It also aims to set standards of excellence and professionalism among practitioners, as well as promote camaraderie.

In 2008, Philstage, under the leadership of Dennis Marasigan, established Gawad Buhay, an annual set of industry awards that honors outstanding productions of member companies. It is touted to be the local counterpart of Broadway’s Tony Awards or the West End’s Olivier Awards.

The awarding ceremony includes production highlights of the past year. It is the one time out of the year when production people and performers from different companies come together as kin to celebrate each other’s achievements.

A voluntary, independent jury with members from the press and academe is tasked to watch all the productions of Philstage members from January to December. Quarterly deliberations are conducted and citations published. The jury then meets at the start of the following year to deliberate then vote on the final nominations and winners, based on the previous year’s citations. This is done by secret ballot. Nominations are publicly announced, but the winners are revealed only at the Gawad Buhay ceremonies.

All winners take home a “Reggie,” a trophy designed and crafted by visual artist and sculpture Reg Yuson.

This coming April 12, 8 p.m., Philstage, in cooperation with Globe Live, OPPA Resorts World Manila and Fred Elizalde, will present the 10th Gawad Buhay at the Little Theater of the Cultural Center of the Philippines. The awards night will celebrate the best of theater and dance over the last 10 years, and honor the most outstanding performances and productions of 2017.

(The awards are open to the public; tickets available at Ticketworld.com.ph.)

Over the years, Philstage has accomplished much. It has strengthened ties among member companies, set artistic and professional standards, established a profession for artists and production people, helped grow the theatergoing market, done educational outreaches, successfully mounted festivals, lobbied for laws that positively impact the performing arts industry and contributed to the Philippines’ creative industry.

If you consider that, today, one can pursue a full-time career in the performing arts, theater groups are sprouting, the calendar year is packed with productions and many big companies are building theater venues, it is clear that there is a thriving theater industry in our midst.

Philstage has always been, and will continue to be, at the front and center of that. —CONTRIBUTED