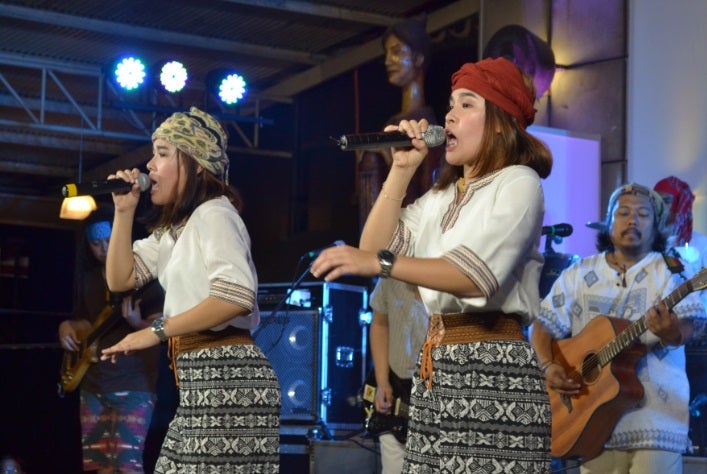 In a first for Mindanao, the National Commission for Culture and the Arts (NCCA) has brought the “Musikapuloan” music fest to Davao City. Philippine folk and contemporary music was celebrated in an unlikeliest place—a popular nightspot pub street.

The event held at the pub area of the Matina Town Square was organized by the NCCA National Committee on Music and was undertaken as part of this year’s National Arts Month (NAM), whose theme was “Ani ng Sining, Alab ng Sining.”

She noted that Mindanao has very rich musical traditions.

It’s through music that we understand each other particularly now that Mindanao is pushing for peace, Cayas explained.

Cayas said the event tried to expose locals to both traditional and contemporary music forms.

Stealing the show was a Batangan dancer who did a balancing act with a stack of pots of varied sizes atop her head.