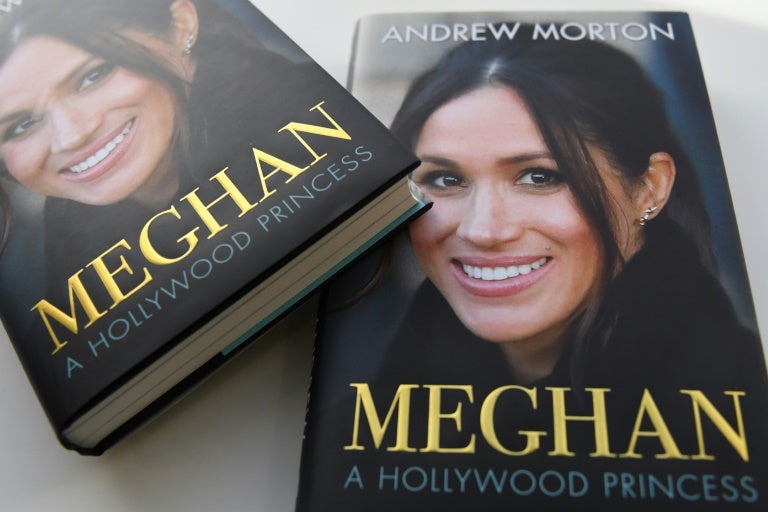 Meghan Markle has her heart set on becoming “Diana 2.0,” according to a new biography of Prince Harry’s fiancee that details her lifelong embrace of good causes but also points to a calculating streak.

The United States actress, who is set to marry her royal beau on May 19, is fiercely protective of “Brand Meghan” and sidelines people as she moves ahead in life, according to people who know her, as cited in the book.

“Meghan: A Hollywood Princess”, which is due out in Britain on Thursday, details how the 36-year-old “Suits” star ditched her first husband in a way that also cost her a lifelong friend.

The biography was authored by Andrew Morton, the British royal writer who penned the blockbuster “Diana: Her True Story”, with the late princess’s covert assistance.

Morton also details her fascination with Harry’s mother Diana around the time of her death in 1997, watching her funeral in tears and old tapes of her marriage to Prince Charles.

Family friends said she was intrigued by Diana “not just for her style but for her independent humanitarian mission, seeing her as a role model.”

Her childhood friend Ninaki Priddy is cited as saying: “She was always fascinated by the royal family. She wants to be princess Diana 2.0.”

Morton says comparisons with Diana are inevitable, given her humanitarian work and glamorous appeal.

However, he notes the crucial distinction between the timid Diana, who married Charles aged 20, and the 36-year-old Hollywood professional.

“In some ways, the groomed and camera-ready Ms Markle was the woman Diana always strove to become,” he wrote.

The book also claims that as she finally found success as an actress, Markle shed her old acquaintances, including her film producer husband Trevor Engelson, who helped her get on the acting ladder with early parts.

“Her friends in Los Angeles noticed the change in her now that she was on the way up,” Morton wrote. “She no longer had the time for friends she had known for years.”

“A networker to her fingertips, she seemed to be carefully recalibrating her life, forging new friendships with those who could burnish and develop her career.”

Markle had been with Engelson since 2004 and they married in Jamaica in 2011.

Shortly after their engagement, she landed her signature role as Rachel Zane in the U.S. legal drama television series “Suits”. Filmed in Toronto, their relationship became long-distance as she became a star. The marriage collapsed in 2013.

“Trevor went from cherishing Meghan to, as one friend observed, ‘feeling like he was a piece of something stuck to the bottom of her shoe,'” it reads.

Another friend said the decision to end the marriage was made by Markle and another that she sent her rings back in the post.

Markle’s parents split when she was two and divorced five years later. She went to a private school and was remembered for her strong sense of right and wrong.

Aged 11, her letter-writing campaign got the consumer goods giant Procter & Gamble to change a washing-up commercial, referring to people rather than just women.

Markle graduated in theater and international relations at Northwestern University. She landed a six-week internship as a press officer at the U.S. embassy in Argentina.

“If she had stayed with the State Department she would have been an excellent addition to the U.S. diplomatic corps. She had all that it takes to be a successful diplomat,” said Mark Krischik, her superior in Buenos Aires.

The book finds Markle is descended from both British royalty and slaves. On her mother’s side, she is descended from slaves who worked on cotton plantations in Georgia. On her father’s, she is a descendant of king Robert I of Scotland. Robert the Bruce reigned from 1306 to 1329.

Armed with a sharp mind, sophistication, beauty and talent, Markle “will complement her husband and the august institution she has married into, bringing a freshness, diversity and warmth to the chilly corridors of Buckingham Palace.” JB