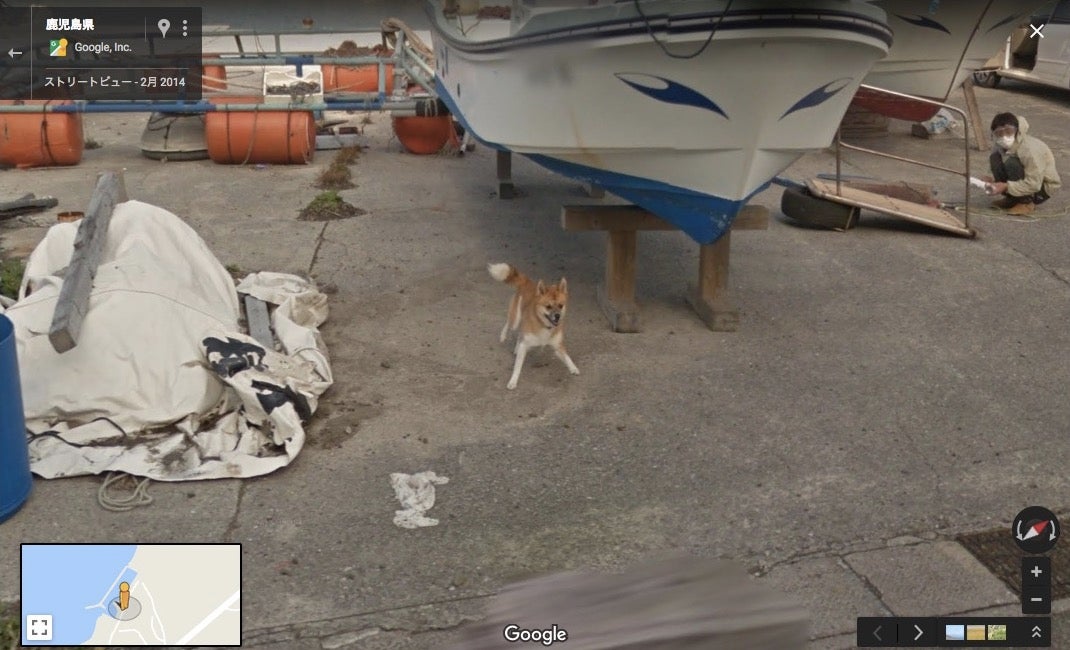 A small dog from Kagoshima, Japan, went after a Google Street View mapping car as it passed through the area.

The small brown dog, which appears to be a Shiba breed, was standing around a small port in the town of Kumage on an island in Japan’s Kagoshima Prefecture, south of the country.

The dog immediately perked up when the mapping car approached the area where it was staying.

When the car passed, it quickly gave chase as the vehicle continued on its mapping course.

The energetic animal continued to give chase to the mapping car until it reached a dead end. The photo below shows how far the dog ran.

What happened after the car stopped and the dog caught up is anyone’s guess since the footage was cut short at the dead end.

Either way, the little brown dog’s cute antics have been preserved in digital form for people to look at and smile. That is until Google updates its Street View database.  /ra