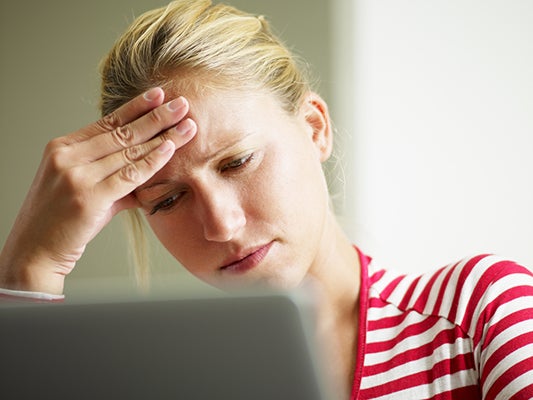 New United States research has found that people who let daily stress carry over to the next day are more likely to experience health problems later in life than those who are able to “let it go.”

Carried out by research from the University of California, Irvine and Penn State University, the new study set out to assess what effect minor stresses could have on our health if we let the stress affect our emotions the next day.

Although previous research has already suggested that there is an association between dealing with stress the same day and long-term health, what effect letting stress linger might have has so far been unclear.

To investigate the team questioned 1,155 adult participants about the daily stressors — such as a flat tire, a bad grade, or an argument — they experienced over 8 consecutive days.

Participants were also asked to report on the negative emotions they felt each day and how much time over the previous 24 hours they had felt emotions such as lonely, afraid, irritable and angry.

As researchers expected, participants were more likely to report a higher level of negative emotion the day after experiencing a stressor.

Ten years later, participants completed another survey which assessed any chronic illnesses and functional limitations, reporting on to what degree they were able to carry out basic and everyday tasks, such as dressing themselves, climbing a flight of stairs, carrying groceries and walking several blocks.

This time the team found that those who experienced higher levels of lingering negative emotions in response to a stressor were more likely to have a greater number of health problems, including chronic illnesses, functional impairments, and difficulties with everyday tasks, ten years later.

The results still held true even after researchers had taken into account the emotional response of the participants on the day of the stressor, and the average number of stressors experienced.

“When most people think of the types of stressors that impact health, they think of the big things, major life events that severely impact their lives, such as the death of a loved one or getting divorced,” commented researcher Kate Leger. “But accumulating findings suggest that it’s not just the big events, but minor, everyday stressors that can impact our health as well.”

“Stress is common in our everyday lives. It happens at work, it happens at school, it happens at home and in our relationships. Our research shows that the strategy to ‘just let it go’ could be beneficial to our long term physical health,” she advised.

However active you think you are, you’re probably wrong, says new study

Most of us would rather take a pill or drink tea to treat high blood pressure than exercise, says survey