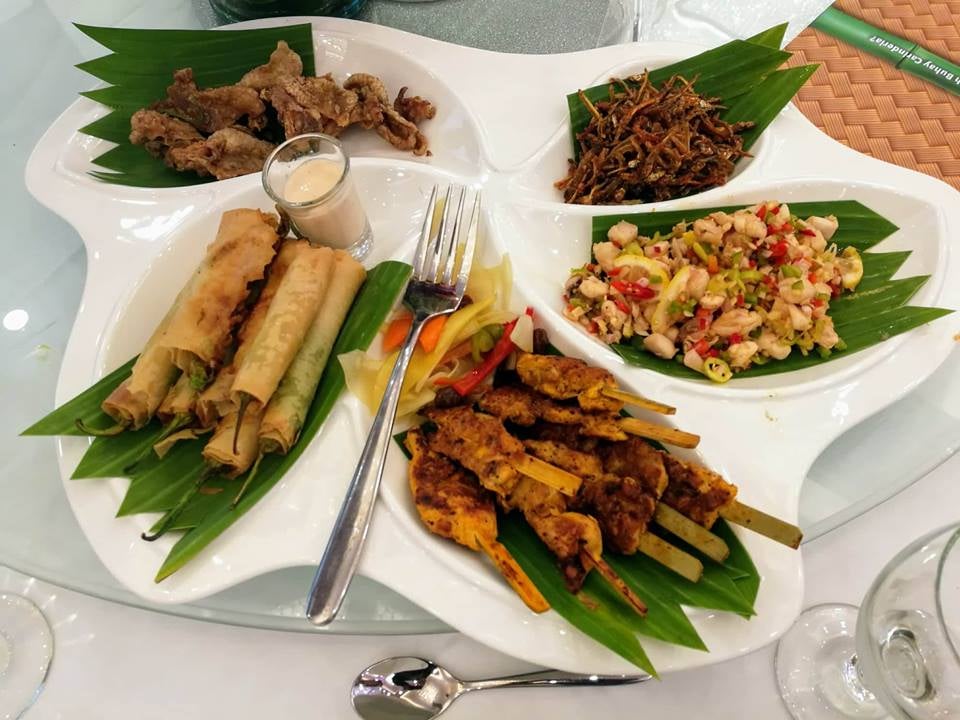 First, a clarification from Erlinda Legaspi, whose company, Marylindbert International, is lead organizer of the “Buhay Carinderia … Redefined” food event: It is not out to compete with Madrid Fusion Manila. In fact, there’s no truth to the rumor it will replace Madrid Fusion.

“Marylindbert is a 37-year-old marketing communications firm that is also into advocacies,” she told Lifestyle. “I’m very passionate about Filipino food although I don’t cook. My family is from Bulacan and I grew up with farmers.”

She recalled that her father, whom she described as “a gentleman farmer who has a hacienda,” had explained to her when she was a child that the food the family eats comes from the farmers who till the soil.

“That’s how I got to love and appreciate Filipino food,” she said.

In 2011, “Carinderia Fiesta” was “a simple undertaking. We would gather owners of carinderias but only in Metro Manila for a two-day event. We would ask the likes of Glenda Barretto of Via Mare to teach them best practices like hygiene and sanitation, portioning. I also tapped my friends in the banking sector to teach them financial literacy.”

Legaspi said she herself discovered that carinderias served delicious food, except that the owners didn’t bother about presentation.

But she’s proud to relate that one of these roadside eateries, Sisig Avenue, has started to franchise. Another has been contracted to supply crabs and other seafood to hotels.

This year, “Carinderia Fiesta” has been renamed “Buhay Carinderia,” with the Department of Tourism’s Tourism Promotions Board as event presenter.

This time, it will be held for nine months in Northern Luzon including the Cordillera Administrative Region, Central Luzon, Bicol, and Mindanao.

The best dishes, the people who prepared them, and the carinderias they work for will be recognized in a series of events, the first on June 28 and 29 at the Vigan Convention Center.

At the media launch, the kitchen staff of Rizal Park Hotel served its own takes on native Filipino fare including Tinolang Manok, whose soup came in a coconut shell; Kare-kare, which had both ox tripe and sirloin beef; Chicken Inasal, Dilis, Chicharong Bulaklak, Balut, Kwek-kwek, Arroz Caldo, Pancit Malabon, and assorted Kakanin.

They were all delectable, especially the kare-kare. The pancit and kakanin brought back memories of our childhood in Malabon.

Celebrity restaurateur Erwan Heussaff, who also runs a popular blog, The Fat Kid Inside (thefatkidinside.com), has lent his presence by creating videos to promote “Buhay Carinderia.”