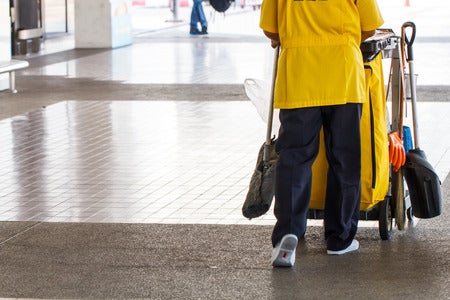 Yang Lianjun, a 67-year-old retired railway worker, has been to more than 20 Chinese cities and countries abroad. How, you may ask? By working as a cleaner at tourist attractions.

As per ThePaper.cn via the South China Morning Post yesterday, April 17, Yang often found himself disappointed whenever he’d go on trips with tour groups, thus coming up with the novel idea of working to pay for his travels.

“I found out every city has a shortage of cleaners,” Yang was quoted as saying. He usually does his sightseeing after working hours. “I love traveling, so the first thing I did after retiring was sign up for a 3,650 yuan ($580 or over P30,000) tourist group to Yunnan province.”

Unfortunately, the tourist group did nothing to quell Yang’s thirst for adventure, as he found the entire thing tedious. He added, “I felt bored after 20 days of dozing in coaches and getting off to take photos.”

But thanks to his unorthodox way of funding his trips, Yang is now able to travel to the places he wants to without being bogged down by “boring” tourist groups. His money, his rules. In one trip to South Korea, for example, Yang shared that he worked as a construction worker for two months, saving 10,000 yuan (around $1,500 or over P78,000) in the process.

Yang has also worked as an assistant at local food markets and hotels whenever he couldn’t find cleaning jobs along the way. “I don’t care how much I earn,” Yang said in the report. “I just want to go to the places tourist groups won’t take you to.” Cody Cepeda/JB

Doctor disappears after telling parents of his cancer diagnosis