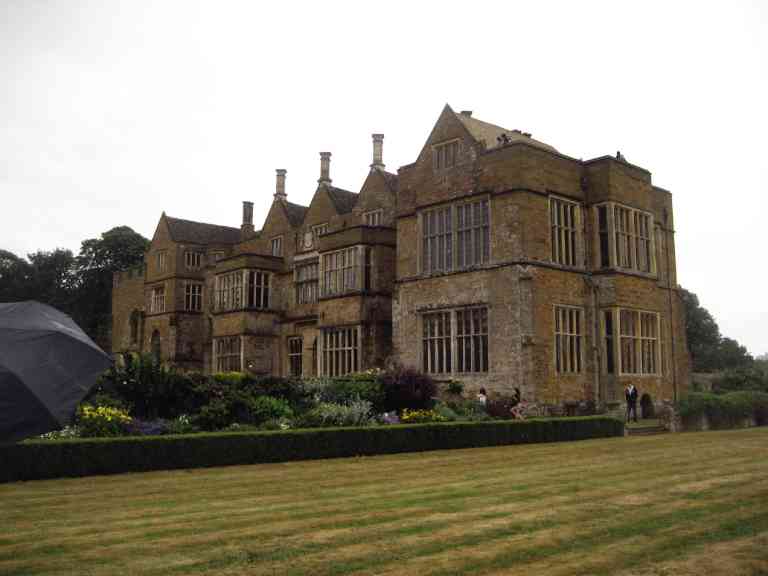 A Month in Wonderland

SCARED out of my wits. This was my first reaction when I got to Oxford, despite – or probably even because of – the fact that it seemed I had walked straight into “Harry Potter” land. My level of independence was probably at par with a 2-year-old, and yet there I was, off to spend one month by myself at Oxford University.

I was there for the Oxbridge Program in my junior year of high school at Reedley International School, where students get to spend one month at either Oxford or Cambridge University, taking classes of their choice. But on my first day in school, all I wanted to do was make a 180-degree turn and get on the first flight back to Manila. I had to keep reminding myself to relax, it’s only for a month – and that it can’t be all that bad in the birthplace of “Alice In Wonderland,” the university of C.S. Lewis and J.R.R. Tolkien, not to mention the film setting for “Harry Potter” (I’m a big fantasy fiction fan). So to keep myself sane, I crossed my fingers, channelled Alice, Lucy Pevensie and Harry, and hoped I’d fall into a rabbit hole soon.

Well, that didn’t happen. I did, however, find myself slowly adjusting to being on my own, thanks to a jam-packed schedule and the gummy worms I had brought all the way from home. Everyday except Sunday, I had my major class, Drama, to fill up the mornings. The classroom was right below my dorm room, so I didn’t have to worry about having to get up too early. A good part of the day was spent with the other drama majors, which again was good for my sanity, because after classes we would usually have to go to rehearsals for our final production, “Romeo & Juliet.”

On Mondays, Wednesdays, and Fridays, I had my minor class, Creative Writing, which was held in the afternoon at Pembroke College. Some days we would spend the entire class period just lying around in Chapel Quad reading or writing prose and poetry. After classes and rehearsals, I passed the time in the junior common room watching movies with my friends, or out on the Quad playing cards. During free afternoons and weekends, the program also set up soccer matches, field trips around Oxford, or took us to see plays or concerts. The great thing about it was that almost everything was optional, so nobody forced you to do anything you didn’t want to.

But we did have to stay on campus, and they made sure of that. Every evening from 10 to 11, they made us check into the college dining hall so they’d know we were physically there and hadn’t hopped on a bus to London earlier in the day. We ventured outside of Oxford on field trips, though, like on a day trip to London and our visit to Broughton Castle.

The program also featured guest speakers almost everyday, who gave lectures that anyone could attend. I attended a lecture on putting up Shakespearean plays, another on terrorism, and yet another by the author of the “Winnie-the-Pooh” sequel. Going to the lectures gave me a broader view on life and I realized how much I still had to learn in this world.

Breakfast and dinner was at the Oriel College Dining Hall which, like most dining halls in Oxford, looked straight out of Hogwarts. As a huge fan of “Harry Potter,” you can imagine the kick I got out of eating there once I had gotten over my away-from-home jitters. For lunch, I got to try the different eating places around Oxford. Memorable lunchtimes include eating at The Bird and The Baby (a pub that C.S. Lewis and J.R.R. Tolkien used to frequent), trying Cornish pastries on Cornmarket Street, and ordering two buckets of good old familiar fried chicken from KFC with my drama classmates.

The first big event that occurred during the Oxbridge Program was the World Cup finals. Sports and I have never been on good terms, but World Cup fever was contagious, and I soon found myself cheering, painting my face in team colors, and stomping and yelling like the best of them. The World Cup finals culminated in the Oxbridge students gathering on Cornmarket Street, cheering, singing, and climbing up street signs. At the risk of sounding completely adolescent, I must say it was an amazing experience. I never realized till then that sports was so much fun.

When I wasn’t in classes, rehearsals, or playing Hermione in the dining hall, I turned tourist and went sightseeing. One of the must-do’s in Oxford is punting. It’s basically like a gondola ride, only you have to do all the work, i.e. maneuvering the long metal pole that is supposed to propel you forward. On hindsight, doing this with just one other person probably wasn’t the best idea, and the fact that we were rowing against the current didn’t help either. After our excursion, my friend Emma and I made it back to the dock drenched, exhausted, and hounded by the laughter of passersby and a few glares from owners of boats I had accidentally hit.

Another place I loved visiting was Christ Church College and Christ Church Meadow. The college was Oriel’s next-door-neighbor, so my friends and I would visit on days when we wanted a change of scenery. On one of my very first days in Oxford, a couple of my “staircasemates” (or dormmates) and I loaded up on snacks and sprawled out on the steps of Christ Church. Here I risk using an old cliché, but there are no better words to describe it: the sun was shining, the flowers were blooming, and the Hogwarts aura was unbelievable.

Another time, our drama teacher Rob decided to hold classes in Christ Church Meadow. We acted out movie scenes and “posing” for posters, everything from “A Midsummer Night’s Dream” to “Toy Story 3.” And on one of the last days, my friend Cecilia and I actually entered Christ Church College (for a fee, of course) and checked out all the “Harry Potter” filming places. We also met a kindly old custodian, Tony Miles, who chatted with us about Lewis Carroll and his stay at Christ Church, among other things.

The last place on my Go-See list had to be the tower at St. Mary the Virgin’s. I had a rare free afternoon one day, and I decided to climb it alone. When I reached the top, it seemed I could actually hear the trumpets blaring and the choirs singing! Not only was the view breathtaking, but it meant something else to me. I’d lived my whole life holding on to my parents’ or friends’ hand for support or guidance, and here I was, literally on top of the world. And I’d done it all by myself! That moment epitomized that sense of independence I felt during my stay in Oxford.

At the end of the program, we drama majors staged our play, “Romeo & Juliet.” We presented it at the Oxford Union, a historic debating chamber. As part of the chorus, I had the honor of saying the famous first lines: “Two households, both alike in dignity…” The play went great, and at the end, we received a standing ovation.

Attending the Oxbridge Program was definitely the experience of a lifetime. I got to do things that I never thought I could –aside from learning new things in class. During our one-day class swap, all we talked about was fantasy literature with “Harry Potter” as our main reference. I also learned how to hang out and play the tourist to the hilt, despite my being alone.

Exploring by myself wasn’t too bad. Of course I also made great friends, some of whom live halfway around the world. To drop another cliché, I really do feel that it’s a small world after all. This year had the most diverse student population in the history of the program, so now I have batchmates from Italy, Australia, Puerto Rico and Brazil whom I consider dear friends. Learning about each other’s cultures was truly an eye-opening experience.

But probably the most important lesson I learned was “carpe diem” – seize the day. We all had to do that each precious day of a month in that beautiful city of wonderful memories. •