The best tacos in town are in BF Homes | Lifestyle.INQ ❮ ❯ 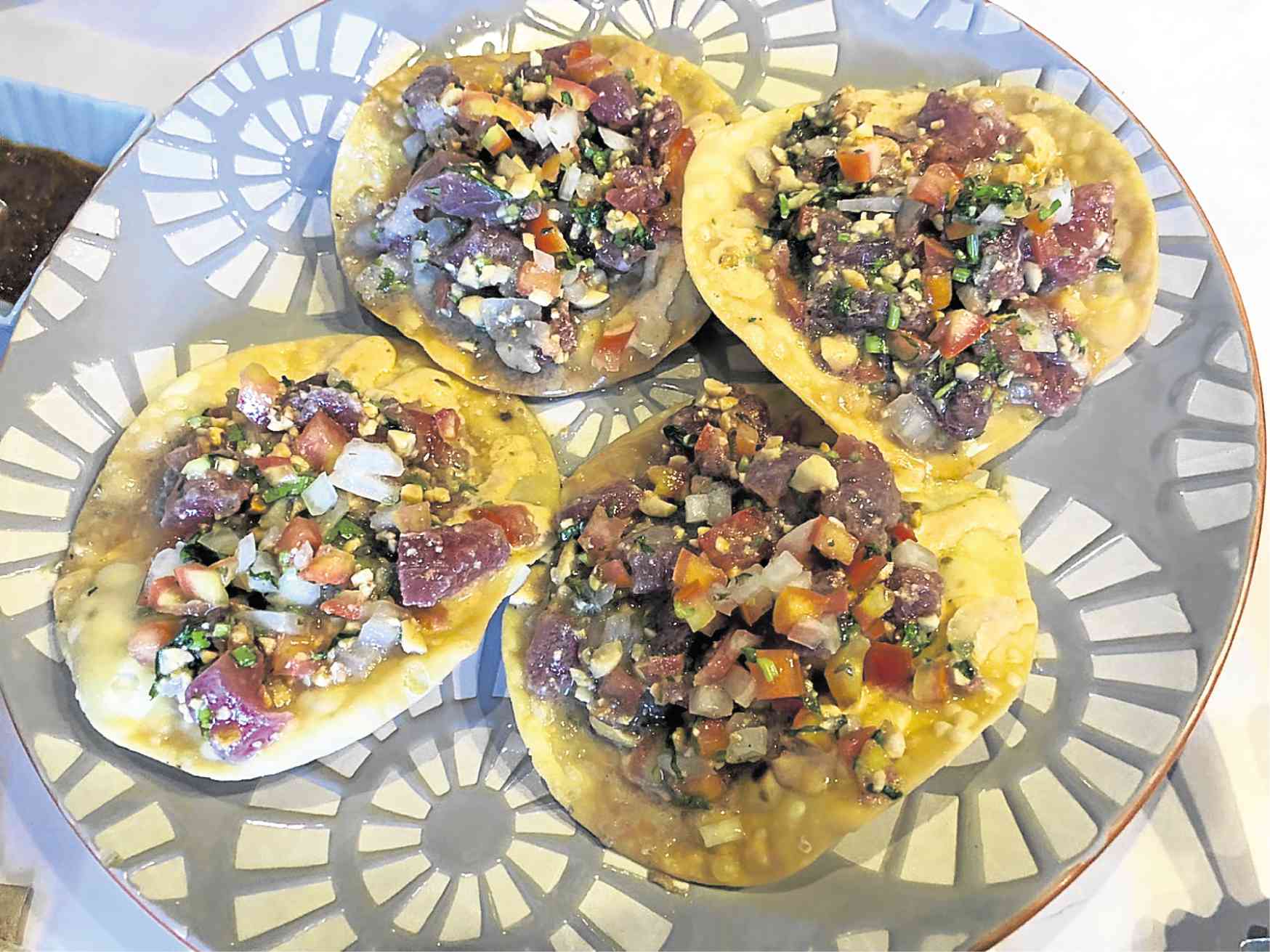 The best tacos in town are in BF Homes

While attending the pompous, vainglorious, glamorous and utterly enjoyable ceremonies in Macau for Asia’s 50 Best Restaurants, we filled the time between delectation and mastication with speculation as to which of the current generation of chefs would get on the list next year.

It’s almost certain that Chele Gonzalez would return to the list once the renovated Gallery Vask reopens. But which new chef would be next to sidle in? For most of us gathered in Macau, two names kept cropping up: Josh Boutwood and Bruce Ricketts.

Ricketts invited me and a few other friends down to La Chinesca in BF Homes Parañaque, a few doors away from where his first restaurant, Sensei, opened. He is obliged to be present at Mecha Uma at night, which only makes sense because it is such a chef-driven experience that it wouldn’t run without him.

So we went to La Chinesca for lunch. Logistically, it’s also the best time to go if you live anywhere north of the Sucat interchange. The idea is to take advantage of the traffic lull after the morning rush hour, and leave before the afternoon rush hour starts.

I don’t normally drive that far for tacos, or pretty much anything at all, but I was happy to make an exception for Ricketts’ food. Everyone who had been there said it was worth the journey.

I also don’t know much about Mexican food, which is one of the reasons I’ve felt ill-equipped to review the place. And no, having grown up with Pancake House tacos (best eaten with the head tilted at 90 degrees) doesn’t count. The crisp, boat-shaped taco shells that form the basis for the American taco originated in the earlier days of the 20th century, when cross-border interchange between Mexico and Texas influenced foodways in both directions.

The earliest crisp taco was most probably closed along the edges and fried, rather like an empanada. Glen Bell, of Taco Bell fame, ran with the idea of a crisp-fried taco shell and filled it with the ingredients that are found in a McDonald’s cheeseburger: ground beef, iceberg lettuce and cheddar cheese.

At La Chinesca, they make tortillas from real Mexican corn, in-house, and by hand. Although for the new branch set to open in the food hall at Rockwell, they will be investing in a machine to do the heavy lifting, or rather rolling. The avocados are also flown in from central America, and join the rest of Ricketts’ cargo of seafood destined for Mecha Uma, which is delivered by courier to Manila in time for the weekend. (Considering that the avocado is one of the oldest fruits still around, it’s odd how difficult it is to find good ones that don’t go from rock-hard to overripe without ever being edible.)

We started with a ceviche taco that was a bit drippy to eat but well worth the mess. Ricketts said he uses a technique borrowed from the Japanese to keep the vinegar from attacking the proteins in the fish and turning it into little white rubber bullets. We had beef tacos, fish tacos, beef intestine tacos, and lamb tacos. “This is food I could have every day,” Ricketts said.

Inevitably we talked about the Asia’s 50 Best Restaurants list. Ricketts outlined his dream of having a number of small restaurants which operate almost guerilla-style, doing a taco restaurant along with a tiny, boutique sushi restaurant.

I reminded him that the Asia’s 50 Best Restaurants was awarded to a restaurant, not a chef—with the exception of the Best Female Chef award, and as far as I know, Ricketts is not a woman. But I also pointed out André Chiang’s advice not to play to the awards, but to just follow your passion and do good work. Chiang’s recalcitrance has been rewarded with the Lifetime Achievement Award at the age of 41.

Ricketts likes to draw comparisons between cooking and his other passion, martial arts. He is that increasingly rare chef who likes working the line. The irony of the restaurant world is that generally, you spend many years as an apprentice peeling potatoes and juicing lemons to work yourself up to the glamour of working the line. And then, once you get there, the only way to rise among the ranks is to become head of a section or of the kitchen, which involves not working the line.

Chef de cuisine is, ultimately, a managerial position that makes sure everything works together synchronously. There is very little sparring going on there. And beyond that, chefs and restaurateurs don’t have the same job description.

In the old days of classical French ascendancy, there was only one kind of high-end cuisine that might have been possible. But in today’s world of the “concept restaurant,” the restaurateur needs a degree of imagination, a sense of the market, and the ability to explain what the place is trying to do in soundbite-sized chunks.

There’s an element of Hamlet in whether or not he is to become Bruce Ricketts—’tis this question. Or perhaps whether he will become the Bruce Ricketts we want him to be—at the helm of the creative end of things, dreaming up crazy good food.

If this sounds very far from being able to cook a perfect yakitori, or balance the spices in a salsa just so, that’s because it is. Many people, including myself, are waiting for Ricketts to settle down, weave the disparate strands of Japanese, Mexican and Filipino influences together in a signature style, and open a tentpole restaurant that embodies his philosophy.

But it sounds like he’s too busy having fun working hard right now. In the meantime, don’t wait for La Chinesca to open in Rockwell and get yourself down to Sucat for the best tacos in town. –CONTRIBUTED