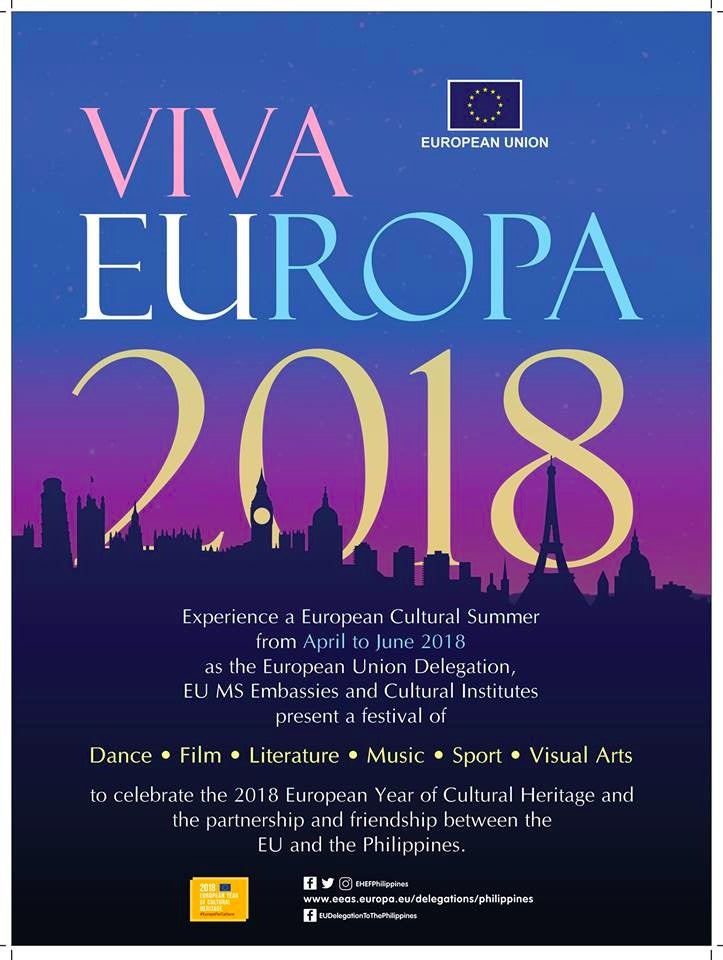 The European Union launches on Thursday, April 19, "Viva Europa 2018" – a series of activities that aims to "highlight the shared cultural values between the EU and the Philippines."

Despite the seemingly hazy politics, the European Union (EU) launched on Thursday its summer cultural festival in the Philippines in a bid to bring European culture and heritage closer to Filipinos.

Dubbed as “Viva Europa 2018,” the event’s series of activities will run from April to June 2018 in Metro Manila and Palawan, among others.

EU Ambassador to the Philippines Franz Jessen said Viva Europa 2018 aims to “highlight the shared cultural values between the EU and the Philippines.”

“‘Europa’ with all its unique European cultural diversity should stay on in the hearts and souls of our Filipino audiences,” Jessen said in a press conference in Makati City, Thursday.

“Heritage is not defined by political borders. It’s beyond borders,” he added.

It is also in partnership with cultural institutes including Goethe-Institut Philippine, Alliance Francaise, the British Council, and Instituto Cervantes.

Jessen, together with high-ranking diplomats; Dr. Ulrich Nowak, director of Goethe-Institut Philippinen; cultural officers and cultural attaches from the EU member States’ embassies; and cultural Institutes were also present at the press briefing.

A major highlight of this year’s Viva Europa is the “Sikad Palawan.” In this initiative, Jessen, and other ambassadors of several EU member-states would join a 200-kilometer bike tour from El Nido, Palawan to Taytay, Roxas, and finally to Puerto Princesa.

The bike tour from April 28 to 30, aims to promote cycling as an illustration of a healthy and climate-friendly lifestyle.

Children in the spotlight

The EU Ambassador said children would also be in the spotlight for this year’s cultural festival.

On May 12, from 9:00 a.m. to 5:00 p.m., the EU would provide best of European storytelling, games, languages, film, music, and arts and crafts to disadvantaged children in the Museo Pambata, in Manila.

On May 24, a workshop and on-the-spot drawing contest for children, with the theme “Europa, Kaibigan ko ‘to” would be held for children from private and public schools at the Museo Pambata. A children’s rights summit would also be conducted on that day.

A nationwide choir competition organized by the Far Eastern University (FEU) and EU delegation as well as embassy of Spain would also take place on May 26 to 27at the FEU.

On May 30, meanwhile, musicians from Austria, Philippines, Spain, and Sweden would share a stage in a concert.

For further information on the Viva Europa 2018 events, Jessen urged the public to visit the Facebook page of the EU delegation: “European Union in the Philippines” (https://web.facebook.com/EUDelegationToThePhilippines/). /kga