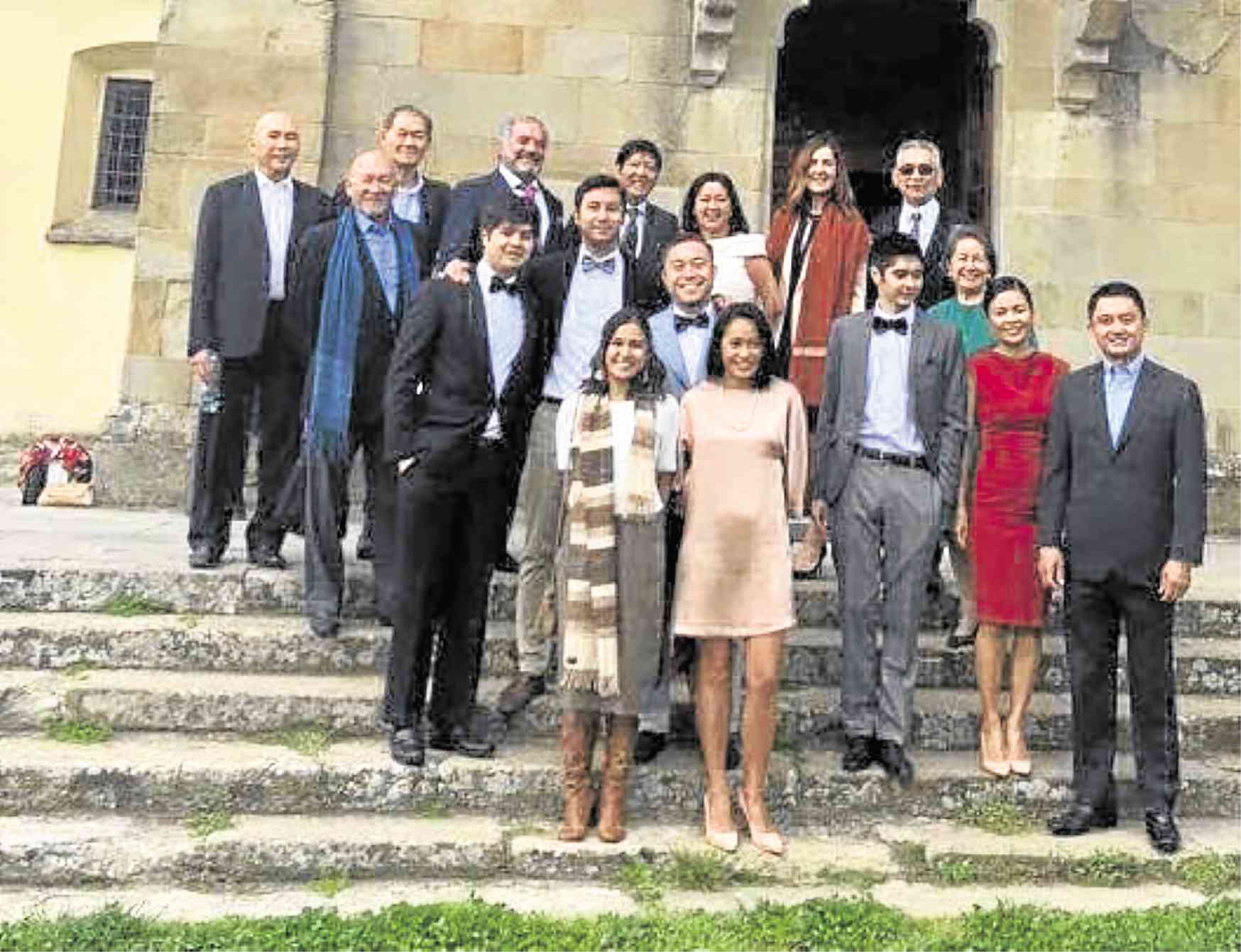 The Marcos couple, joined by their sons Vincent (third from top of the steps) and Simon (third from right), their original friends from 25 years ago and the additions to the Araneta-Ledesma kin, namely Andy Araneta (wife of Martin Araneta), Marika Manglapus (fiancée of Martin Ledesma), Sheila Ledesma (wife of Mark Ledesma)

Bongbong Marcos and his wife Lisa (Araneta) renewed their marital vows on April 17, in Florence, Italy, in the same medieval church they married in 25 years ago.

The silver wedding celebration was attended by the same handful of friends and relatives who were with them in 1993. They number about 15, as shown in the photos here.

Unable to attend were Marcos’ mother, Imelda, who’s now in her 80s, and sisters Imee and Irene.

Apparently, the couple kept their original guest list, with their children added, of course, along with the children of Suzanne Araneta Ledesma, Lisa’s sister.

Two of Marcos’ sons, Vincent and Simon, were likewise around. Eldest son Sandro is in school in London.

After the Mass celebrated by Rogationist priest Fr. Carmelo Capizzi in the San Francesco Church in Fiesole, Florence, the retinue had lunch at Villa San Michele.

It was a quiet celebration, where the bride wore the same bridal dress she wore 25 years ago.