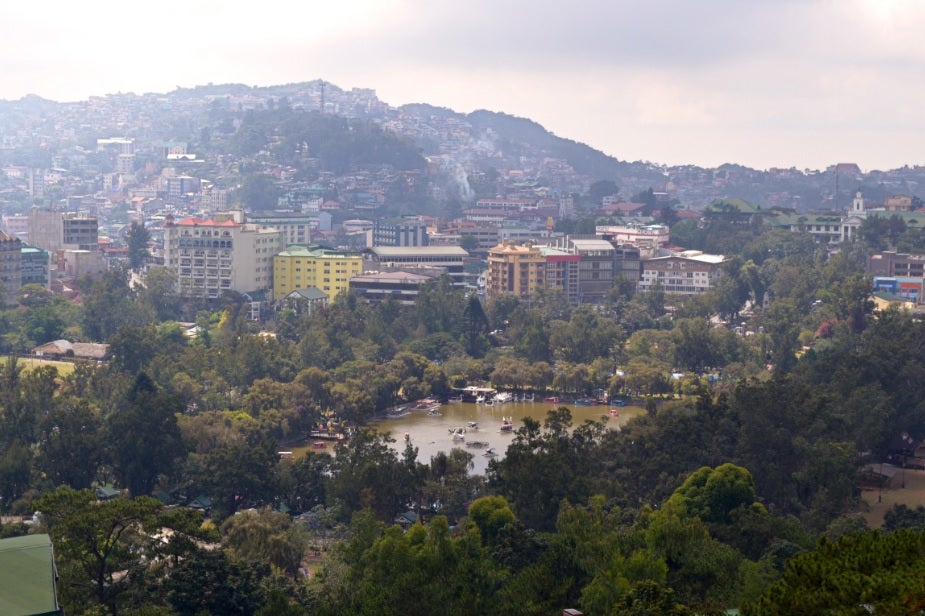 American colonial urban planner Daniel Burnham plotted the city’s landscape more than a century ago with the park as its centerpiece. —PHOTOS BY EDGAR ALLAN M. SEMBRANO

Heritage groups in Baguio City as well as the Department of Tourism-Cordillera (DOT) are protesting the planned parking building in Burnham Park by the local government.

The groups said the plan would ruin the integrity of the area and disrespect the design of American colonial urban planner Daniel Burnham who plotted the city’s landscape more than a century ago with the park as its centerpiece.

The groups added the project and other similar ones planned by the city government would violate Baguio’s declaration as a United Nations Educational, Scientific and Cultural Organization (Unesco) Creative City.

Baguio became the first and only city in the Philippines to be designated Creative City by the Unesco, which mentioned in particular its crafts and folk arts.

Over 60 other cities from around the world earned the distinction for being “at the frontline of Unesco’s efforts to foster innovation and creativity as key drivers for a more sustainable and inclusive urban development.”

Baguio City Mayor Mauricio Domogan told the local press that the parking building would be built in the area of the old auditorium.

He said the parking building in Burnham Park would seek to address the traffic problem in the city.

University of the Philippines Baguio chancellor Raymundo Rovillos said the city was also mulling to construct more parking buildings in and around the park.

Rovillos, a trustee of the Baguio Heritage Foundation (BHF) and convenor of the Baguio We Want Movement (BWWM), said aside from the old auditorium area, the local government was also planning to erect multilevel parking structures in the park’s Ganza restaurant, orchidarium and Ibaloi garden areas, and near the Commission on Elections local office.

Rovillos said BHF and BWWM are for development as long as it is “sustainable and livable.”

The declaration, he said, acknowledges the significance of the creative sector in the development of the city, which also speaks about the identity and diversity of its residents and the city’s “strong links to the indigenous communities of the Cordillera.”

The Unesco declaration likewise should prod local efforts to develop the park as a creative space, connecting it with Session Road, Department of Tourism complex, Sunshine Park, UP Baguio and Baguio Convention Center.

Rovillos said there are indications that Baguio is undergoing political and environmental decay. Its problems are pollution, waste management, encroachments on watershed by informal settlers, exponential population growth and deforestation.

Rovillos said BHF and BWWM weren’t against parking buildings, but they should be constructed in other sites, such as the old Philippine National Railways station on Marcoville Street and the old Pantranco terminal near Magsaysay Street.

Rovillos added that BHF and BWWM had suggested pedestrianizing Session Road and the creation of an environment-friendly mass transport system.

One viable option, he said, is the development of the Baguio, La Trinidad, Itogon, Sablan, Tuba and Tublay (BLISTT) or the Metro Baguio area, to decongest the city and spread the development outside of the city.

Marie Venus Tan, DOT Cordillera regional director, told the Inquirer her office was opposed to the parking building and any other infrastructure projects in Burnham Park since it was a “green park, an open space and a heritage place.”

If there are any developments, it has to be done in a sustainable way with minimal intervention, she said.

Preserving the historical and cultural fabric of the site, she explained, is a way of respecting heritage and the integrity of the park since it is the defining asset of Baguio.

“If we lose that, we lose Baguio’s identity and competitiveness,” she said. —CONTRIBUTED