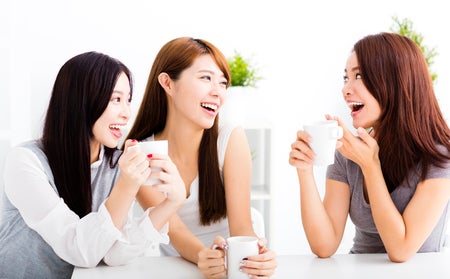 The ever-growing technology scene in China are in need of workers, specifically young beautiful women who can ease the stress of programmers with their charm and beauty.

Shen Yue works at Chainfin.com, a consumer finance company, and her daily tasks include manning the front desk, ordering snacks for breaks, striking up conversations with the programmers and giving them back massages. Her case was cited in a report by The New York Times on April 24.

She is a “programmer motivator” and although she is a graduate of Civil Engineering herself like some of her male counterparts at work, her job description is different from theirs.

Her job is to ease the stress of the programmers in the office, and it almost seems as if Yue is perfect for the job: she is affable, easy on the eyes, has a gentle voice, and has long black hair and pale skin. She also always has a smile for her colleagues.

“They really need someone to talk to them from time to time and to organize activities for them to ease some of the pressure,” Yue was quoted as saying in the report.

In some start-ups in China, programmer motivators on-the-job are one of the perks that attract male coders to join the vibrant technology scene. This condition, however, has raised questions over its “sexism.”

Wang Jie, the chief executive of the mobile app Shanbay.com, said in the Chinese online forum Zhihu last October 2017, that he was disturbed about tech companies in China which were using pretty women to draw male coders in. However, he also acknowledges that attitudes do not change overnight, as he has gotten responses from both men and women who do not think there is anything wrong with hiring women for being beautiful.

““The men said: ‘If there are more beautiful women, I’ll be happier in my job. What’s the issue?’” Mr. Wang said then. “And some women said: ‘As a woman, I don’t think this is a problem at all.’” Cody Cepeda/JB