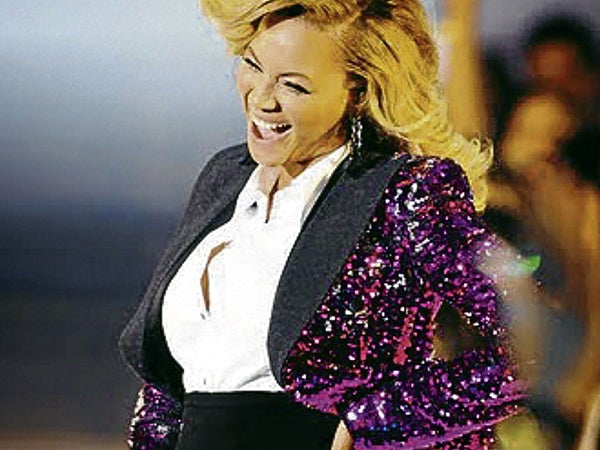 Overall, the year 2011 wasn’t that exciting. Sure, there were some breakout acts that had us singing along to their songs for a while, but that was it. There were still music trends and big hits and recording artists that made a huge impact in 2011, but those who held successful concerts, delivered unforgettable performances or topped the charts were music acts that have already been around for some time.

Nevertheless, the music scene didn’t lack LSS-causing tunes, flamboyantly dressed performers, and even controversies. Before we start a hopefully more original and melodic 2012, let’s pay tribute to 2011 by looking back at who made noise and what songs got stuck in our heads.

While her look-at-my-belly-yes-I’m-pregnant arrival at the 2011 MTV Video Music Awards and her look-at-my-belly-yes-I’m-pregnant performance later on did elicit attention, it was her guesting on an Australian TV show that got everyone questioning whether she was really pregnant or not, because her supposed belly collapsed like it was a deflated balloon when she went to take a seat.

The Brits were somehow successful in making their music heard outside UK, thanks to promising acts like Cher Lloyd, the spitfire who lost in “The X Factor”; One Direction, the adorable boyband with catchy songs and cute members; and Nicola Roberts of Girls Aloud, who showed everyone she was capable of coming up with something totally different-sounding from her group’s sound (read: good).

The gem of a show that was ‘The Voice’

It seemed like an “American Idol” copycat but it did not turn out to be one—it was so much better. People loved the portion where the four coaches—Christina Aguilera, Adam Levine, Cee Lo Green and Blake Shelton—listened to the contestants and judged them without seeing them first. It was also refreshing to hear more positive and constructive comments, as opposed to the negative ones popularized by Simon Cowell of “American Idol.”

The continuation of Adele’s worldwide invasion

Her second album 21 proved that the British singer-songwriter had more great singable and can-relate-to songs—better ones, even—with people everywhere embracing several tracks from her sophomore record. Thanks to heartbreakingly beautiful songs like “Rolling in the Deep,” “Turning Tables,” “Rumor Has It” and “Someone Like You,” Adele fans and Adele wannabes increased in 2011.

The singer from Barbados was regularly talked about because of her overly provocative and sexual antics, and reported music video concept rip-offs. Of course, her catchy songs had her on everyone’s MP3 players, too, even if most (if not all) of them were just products from songwriting camps, where Rihanna and her team would just choose the best songs from among a whole bunch.

There is no denying that Katy still ruled in 2011, thanks to more tracks from her 2010 album “Teenage Dream,” especially the tongue-in-cheeky “Last Friday Night,” which had a very memorable ’80s-inspired music video that boasted of guest stars like Debbie Gibson, Corey Feldman and, well, Rebecca Black.

Lady Gaga is workaholic of the year

Mother Monster didn’t just extensively promote her second studio album “Born This Way” and the singles for it (with grandiose and big-budgeted music videos, TV appearances and live performances—complete with head-turning costumes, of course), she also came out with a holiday EP, “A Very Gaga Holiday,” topped various charts and lists, and was featured on magazine covers.

A lot of people were already prepared to see the famous singer-songwriter die, because of her addiction to drugs and alcohol. However, when she did finally breathe her last, everyone still got shocked—and devastated, of course, because it’s undeniable how much the talented musician contributed to the music industry in such a short span of time.

The local music industry would have been dead if not for acts like Someday Dream, the electronic singer responsible for that annoyingly famous song featured in that ice cream TVC; and Lance Raymundo, who released the controversial “Fatanas” song and music video. Sadly, there are still Pinoys who never tire of doing covers. Good thing some Pinoys also continued to make waves abroad (Karylle, Christian Bautista, Charice).

With her hit rap song “Superbass” rapper Nicki Minaj did not just make rap mainstream, she had everyone hankering to be a rapper, too. From average Joes and Janes to even celebrities like Taylor Swift and Selena Gomez, people in 2011 got to memorize the challenging rap lines of the song—and even posted their “boom-bu-room-boom-boom-bu-room-boom bass” performances online.

Who did you listen to the most in 2011? E-mail the author at [email protected] or visit his blog at ninomarksablan.blogspot.com