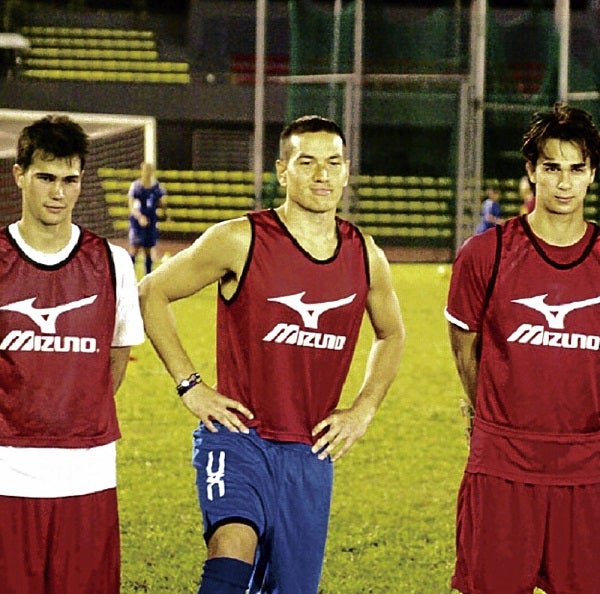 The year’s most memorable personalities

There is no doubt how the year 2011 was overflowing with interesting personalities that were featured extensively on the boob tube and online, and as a result were talked about during lunch breaks or on Twitter and Facebook.

The following celebrities prove that in 2011, all they had to do to be successful and memorable was be themselves and do what they love. From athletes and beauty queens who just want to bring pride to the Philippines to Hollywood stars who continue doing what they’re good at (even if it’s fame-whoring), here are the memorable personalities who made the outgoing year definitely colorful.

It doesn’t even matter why fans support the country’s football team (their good looks or their ability to kick butt on the field). The fact that Phil and James Younghusband and the rest of the team got everyone interested in sports and even fostered nationalism this 2011 is something very commendable.

These hunks, who could definitely pass as extras (or even the lead) on the TV show “Spartacus,” got everyone staring when their head-turning billboards (featuring them in skimpy underwear) on Edsa were put up. The images were so scandalously sexy they had to eventually be put down.

The Pambansang Kamao defeated Juan Manuel Marquez in their third boxing match, but several people questioned his win, basing on how seemingly good Marquez’s performance was. However, experts noted that Pacquaio deserved to win because he landed more strikes and power punches.

Statuesque, regal  and eloquent, Gwen made the pageant-loving Philippines extremely proud when she placed first runner-up at the Miss World pageant in London last November.

The girl with the Philippine flag

Not everyone may be familiar with her name—Janela Lelis—but you probably know about her efforts to save the Philippine flag during Tropical Storm “Juaning” in July, or the image of her braving the floods and storm with the flag.

This pretty and classy lady made girls and women want to be a princess again, got everyone glued to their TV screens, and even became a style icon.

Kate’s younger sister may not have been the one to marry a prince, but she did get everyone’s attention when she showed up as maid of honor at her older sister’s wedding. The all-of-a-sudden It Girl got everyone Googling her name. Many people wanted her to end up with Prince Harry, too.

The star of “Heroes” and “Star Trek” had long been rumored to be gay, so when he finally came out in October, everyone sighed and exchanged I-told-you-sos.

It was definitely the year of the Kardashians, with Kim, Kourtney, Khloe and the rest of the family being present everywhere: on TV, on the cover of magazines, Haiti  and countless events. Kim got married, too, and the family opened a lifestyle boutique called Kardashian Khaos.

The former child star didn’t have a lot of impressive projects in 2011 but her run-ins with the law and her Playboy cover sure did contribute to making her one of the most searched people online.

Mac fans mourned when the man behind much-loved gadgets like the iPod and the iPad passed away in October.

Everyone was shocked when a video diary of the DJ and TV host talking to himself leaked online. Why? Because he was supposedly talking about his ex-girlfriend Rhian and her decision to have their baby aborted. The video was allegedly leaked by the person who bought Mo’s old laptop and recovered the deleted file. Recently, another video, featuring the couple torridly kissing, leaked.

Who got your attention in 2011? E-mail the author at [email protected] or visit his blog at ninomarksablan.blogspot.com