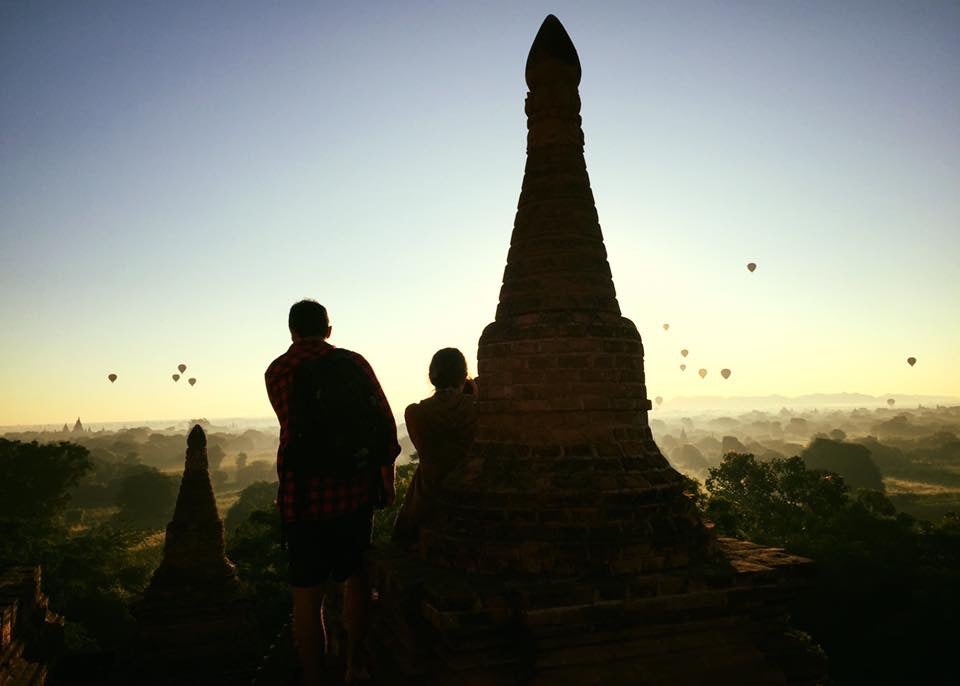 10 photos that will make you want to visit #MarvelousMyanmar

Ever since Myanmar opened its doors to the rest of the world in 2011 after decades of military rule, a good deal of tourists from the West and neighboring countries in Asia have already visited. Their main destinations of choice? the former capital and biggest city Yangon and the old kingdom of Bagan. But there’s a lot more to this country than colonial buildings, temples and pagodas. Snow-capped mountains, vineyards and wineries, pristine beaches—name it, Myanmar has it.

Here are ten photos that will make you want to book your next holiday in Myanmar:

Visit a vineyard in Shan State

Officially, Myanmar has three seasons — rainy season, summer and winter. Yes, temperatures in some areas in Myanmar can drop to as low as 4 degrees Celsius which is favorable to growing grapes and producing wine. Most of the vineyards and wineries can be found in Shan State. How does wine-tasting in the most unexpected of places sound to you?

Watch the sunset in Bagan

Most people go to Bagan to see its centuries-old temples and pagodas. This can be done by renting an e-bike or going for the more traditional horse-drawn carts. Either way, make sure to look for the best spots to watch the sunset as sunsets tend to be a little over-the-top in Bagan.

Sunsets are pretty amazing in Bagan but sunrises are equally marvelous, too — that’s if you know where to see it. Try to ask some locals of the best temples or pagodas where to catch the breaking of the dawn. If you happen to visit during the balloon season (mid-October to mid-March), wait till the hot air balloons are up in the air before taking that snap and you’re guaranteed of a very nice photo to post on Instagram. If money is not an issue, might as well ride one, but be sure to make your booking in advance.

Meet fellow travelers from around the world at the Irrawaddy River

Some hostels in Bagan offer a cruise of the Irrawaddy River during sunset for a minimal fee. Apparently, it’s not only in the temples where you can try to catch the golden hour. The tour includes the boat ride, a local guide and free flowing alcohol and soda. Come prepared to socialize because this tour is famous among backpackers—solo or otherwise.

Learn the art of wearing thanaka

When visiting Myanmar, one will notice that many of its people—both men and women, young and old—are wearing a yellowish paste on their faces. This is called the thanaka, made from the ground bark of the  thanaka tree and is mainly used both as a cosmetic and protection from the sun. Many visitors end up wearing the thanaka as well upon learning its purpose and as a way of blending in. To know more about this, visit the Shwe Pyi Nan Thanaka Musuem in Bagan.

Let’s not forget that Myanmar is part of Southeast Asia and just like its neighbors Thailand, the Philippines and Indonesia, it also boasts of some of the nicest beaches in the region. For travel influencer May Zune Win, the best beaches in her country can be found on the Dawei Peninsula in southern Myanmar. Not only are the beaches here untouched and free from the usually noisy crowd, May Zune Win can also attest to the friendliness of the locals.

Yes, you read it right. Visitors can experience snow at Phonyin Razi, one of the highest mountains in Southeast Asia. It is near the border of India and is actually part of an outlying subrange in the Himalayas. According to journalist Ye Wint Thu, who has been to the Phonyin Razi recently, an expedition usually takes around 11 days — about the same amount of time needed to reach the Everest Base Camp in Nepal.

Take a cruise around Inle Lake

Inle Lake is known as the Venice of Myanmar. Famous for its floating villages and gardens, it is slowly becoming one of the top tourist destinations in the country. Visitors can take an early morning boat ride around the lake to see how the locals go to work, attend school and live their everyday life based on the water. Other attractions here are the Burmese Cat Village, the silk and lotus weaving at Inn Paw Khon village and the Shwe Indein which is known for having around 1,000 stupas and pagodas. End the day at Inle Princess Resort for some cocktails while enjoying the sunset.

Bus rides to Inle from Yangon can take up to 12 hours. A more convenient option is by taking a flight from Yangon to Heho airport. Air KBZ services this route and back.

Mount Popa is just 50 kilometers from Bagan making it a popular side trip among tourists. It is a religious mountain which requires about 700 steps before reaching the top, where there is a Buddhist temple and a spectacular view of the nearby towns. Be on the lookout for playful monkeys who will attempt to steal your possessions. If you’re afraid of monkeys or climbing is not your thing, you can still enjoy Mount Popa from afar. Popa Garden Resort offers an unobstructed view of Mount Popa from a reasonable distance. It has rooms, an infinity pool and a restaurant.

Officially known as the Kyaiktiyo Pagoda, the Golden Rock temple us just five hours away from Yangon and a good alternative if you want to see an unusually-shaped shrine. It is actually a massive golden boulder by the edge of a cliff and is considered as one of the most sacred Buddhist temples in Myanmar.

If your time is limited and would like to stick to Yangon, you can always opt to visit the 2,500-year-old Shwedagon Pagoda where you can light up to 1,000 candles during sundown, take the Yangon Circular Train, and shop for jade and other souvenirs at the Bogyoke Aug San Market. You can also try the mohinga, the famous catfish noodle dish and and a variety of other traditional Burmese food at Father’s Office and Khine Khine Kyaw Restaurant.

Just like the Philippines, Myanmar is also blessed with rich culture and bountiful natural resources. Schedule a visit and you’ll be surprised by the long list of interesting things to enjoy and experience in this beautiful country.