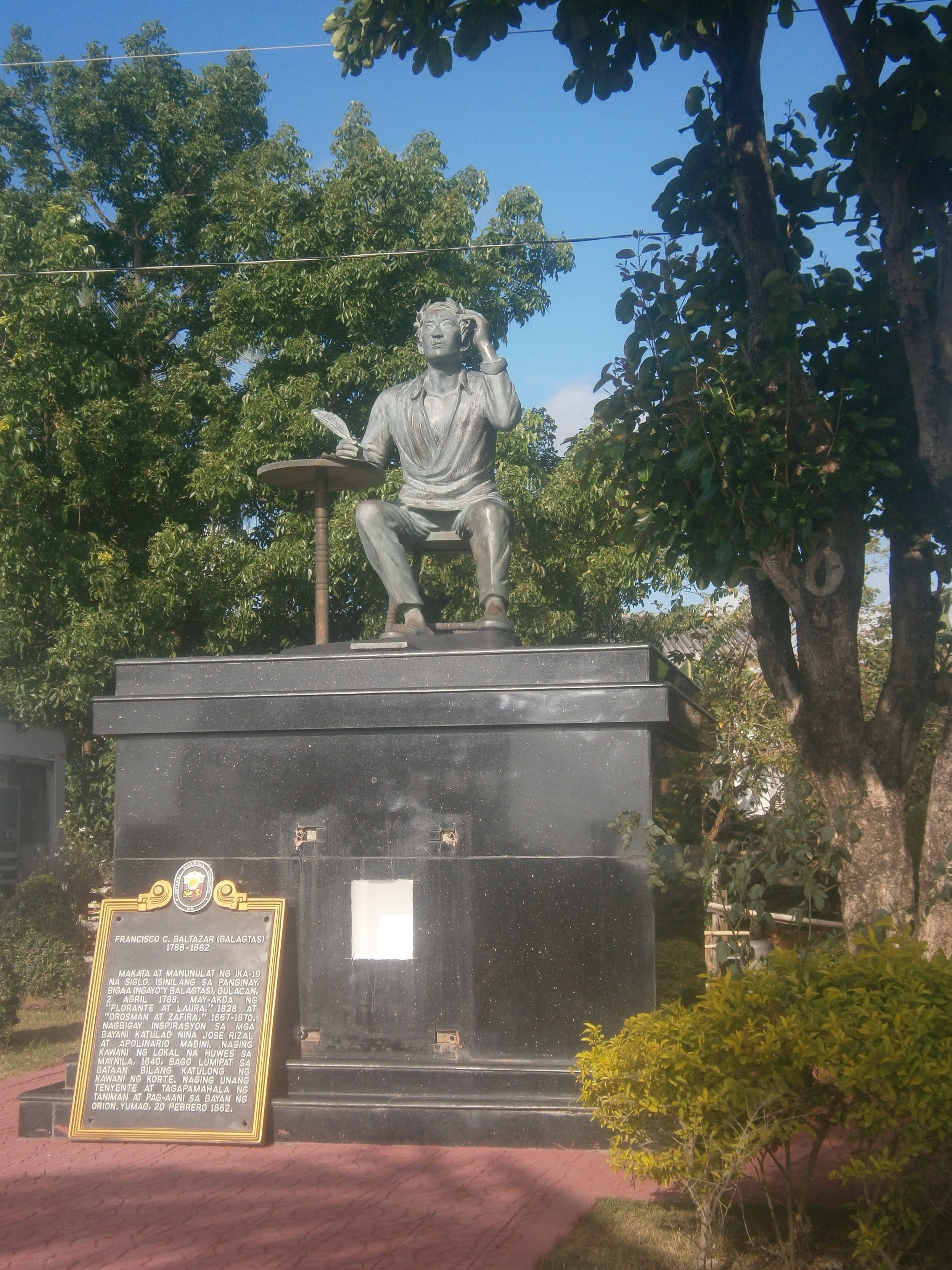 The country’s foremost poet Francisco Baltazar (Balagtas) was born in Bigaa (a town now named after him), Bulacan Province. He wrote “Florante at Laura,” with verses that strike the soul, “Orosman at Zafira” (which has been staged by Rolando Tinio’s Teatro Pilipino and Dulaang UP), “Kay Selya” and other poetic gems.

Balagtas fell in love with a beautiful maiden named Maria Asuncion Rivera, who gushed over the romantic poems of “Kiko.” But Balagtas’ courtship aroused the fury of a moneyed rival, one Mariano Capule, who through trumped-up charges managed to have the poet arrested and clapped in jail.

And the legend or story is that Balagtas wrote his masterwork “Florante at Laura” while in prison.

After that bitter experience, Balagtas forsook Bulacan and went to Udyong (now Orion), Bataan Province, where he worked, married and died. There now stands, facing the sea, a monument of the poet laureate; it is the 230th anniversary of his birth.

And for the past four years, come April, which is National Literature Month, there are celebrations, among other events all month long, which center around the monument and a Pambasang Kampong Balagtas, a national literary camp for students all over the country (from Batanes Province to Marawi City this month) and teachers of literature.

This year was rather special. One day after Easter Sunday or the Resurrection of Christ, there was a symbolic internment—and therefore a kind of resurrection—of the remains of Balagtas. There was a procession from the imposing Orion church, men carrying urns, with teachers leading the way, and an ornate religious hearse led by a horse.

The students of Kampong Balagtas then threw rose petals all over the monument.

The Rene Villanueva Young Adult Prize contest, in honor of the playwright, was formally launched; and screenwriter-novelist Ricardo Lee was given the Gawad Dangal ni Balagtas.

Poet Vim Nadera led the throwing of 230 pink roses while discoursing on performance poetry. At the end of the workshops, prizes were given to the best stories, poems and essays.

“Who are the great Cebuano writers?” No reply. Almario laughed, “it seems you only know Balagtas.” This was ironic, considering how the Cebuanos) feel about their language. “There are many (great Cebuano writers,” he said. “Look for the right information, find yourselves in the country’s heritage and culture.”

Jhonna Gayo, 17, from Olangapo City, and a prize winner, said: “I learned a lot here, what an experience: I learned there are four levels of tugma (things jell). It’s hard to write a poem. I expect to apply in the future what I learned here.”

Daniel Gela, 14, from Bagay City, Negros Occidental, felt that “the workshops promote unity and diversity. We come from different regions and it’s very compatible for all of us, because it gives Filipino writers a chance to build camaraderie despite diverse cultures and traditions.”

The family of Marziyah Abinal, 17 evacuated to Cagayan de Oro when the fighting in Marawi started but she is now back at the Hadiyyah International School. “I envision myself as a better writer in wikang Filipino,” she said. –CONTRIBUTED