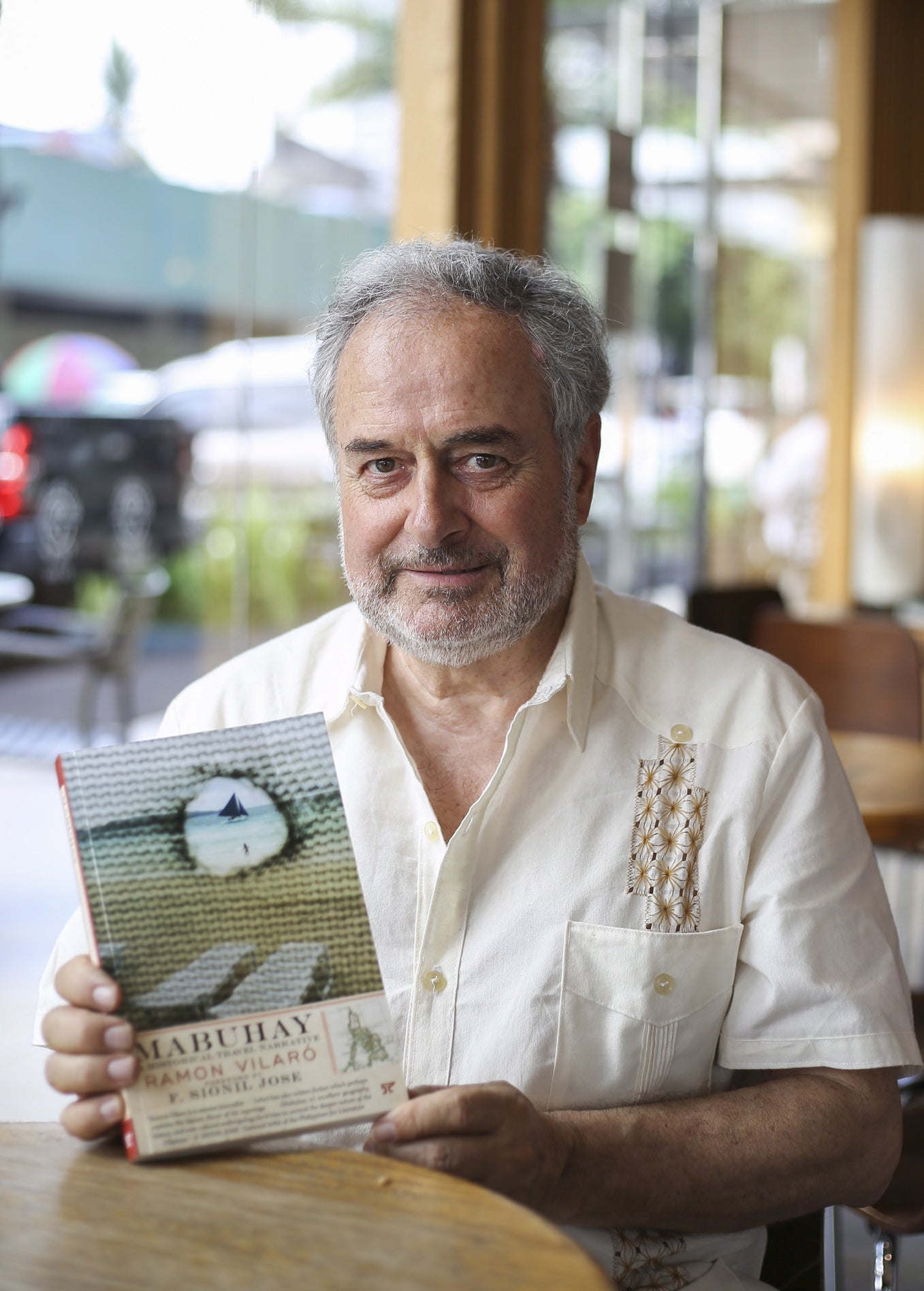 The very first time Ramon Vilaró was in the Philippines, he fell under the spell of the country immediately. Vilaró, then a correspondent for a Spanish newspaper, arrived in Manila in 1979 to write about Vietnamese and Cambodian boat people arriving in the country.

“The breadth of the bay surprised me,” Vilaró wrote. “It was almost impossible to define the limits of its coasts—except during the fantastic sunsets, one of the favorite spectacles of the people from Manila, seen from the boardwalk of a city that at the time boasted five million inhabitants.”

Little did Vilaró know it at the time, but it was the beginning of a lasting and prolific relationship. Since then, Vilaró (complete name Ramon Vilaró Giralt) has been back to the country between 25 to 30 times by his estimation for both work and pleasure. He has traveled well beyond the confines of Manila, up north to the Cordilleras and down south to Davao.

In the process, he had written essays about the Philippines in his native Spanish. Those essays were collected in 2017 by the Spanish publishing house Ediciones Peninsula as “Mabuhay: Bienvenidos a Filipinas.” But a fortuitous connection with Anvil Publishing, Inc., led to the translation of the book into English by the Baguio-based translator Luis Antonio A. Mañeru and its release in Manila in English for the very first time. “Mabuhay: A Historical Travel Narrative” was launched last April 21 at the annual Dia del Libro festival at the Ayala Triangle Gardens.

“Mabuhay” is the latest tome from this globe-trotting journalist who has already published previous titles on Japan, the United States and Catalan. With the support of the Spanish Embassy and Instituto Cervantes de Manila, Vilaró was in town to celebrate his book and talked to the Inquirer about his Philippine love affair.

“Mabuhay” combines narrative and history as Vilaró discovers the nature of the places he visits: Manila, Baler, Baguio, Sagada, Vigan, Batac, Palawan, Negros, Siquijor, Boracay. Vilaró draws a line from north to south, with stops along the way.

He writes about how food and history are intertwined in “Revolutionary Adobo.” He has included in “Mabuhay” esoterica such as José Rizal’s poem “Mi Ultimo Adios” in Spanish, English and Tagalog. Like those overlapping lines, “Mabuhay” is a wonder of combination, enabling the reader to walk, taste and ponder actual places. Because he is a journalist, he writes about these places without hyperbole or a rose-tinted perspective. Because he is a fictionist, he is able to write about these places with a poetic style. He has an eye for the cinematic, gleaned from his experience working in documentaries.

“Sometimes I would spend three months in your country and sometimes just for one week,” he tells the Inquirer. “But after I finished my correspondence in the Philippines, I was here frequently because one of my novels is about the history of tabacalera, and when I was not busy as a journalist I went to your country to research in Cagayan and Isabela about ‘tabaco’ history. This is the reason I am more or less familiar with your country.” 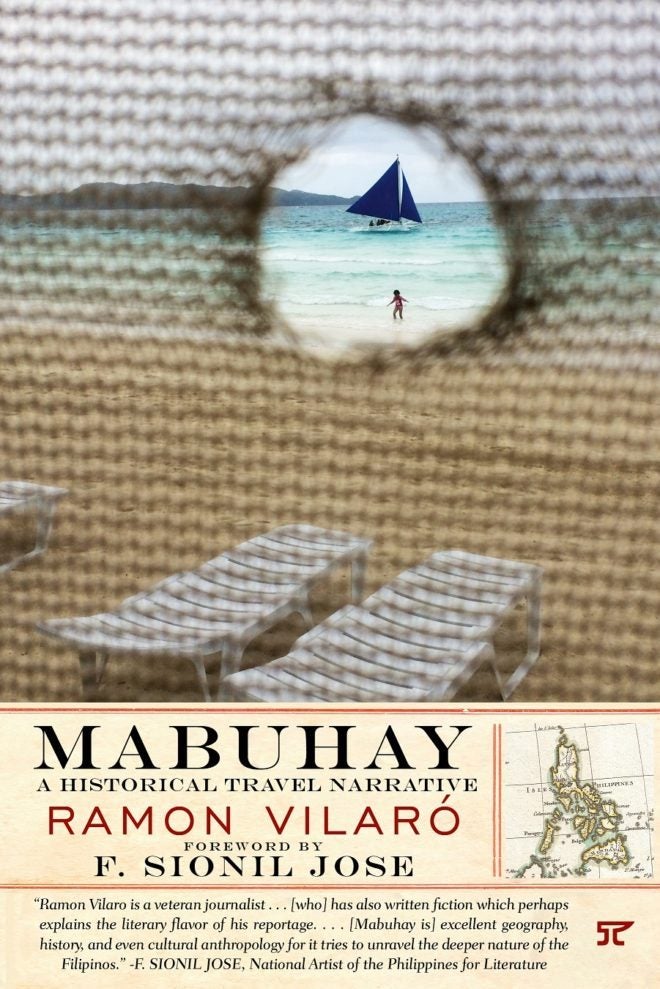 The book he is talking about is his 2003 novel “Tabaco,” which hopefully will also see an English translation for the Philippine market.

In the process of working on that book, Vilaró has learned what he describes as “decent” Tagalog and a bit of Chabacano from his tabaco research in Zamboanga.

“Mabuhay” features a foreword from National Artist for Literature F. Sionil José, who writes that the book “tries to unravel the deeper nature of Filipinos. In doing so, we see the reality of ourselves in the clear, untarnished mirror that he has created.” This is, after all, a book for those who have never been to the country, and those who live here but have not seen what Vilaró has seen. Filipinos who read “Mabuhay” will feel like they are visiting these places for the first time.

Vilaró knows what he is doing. He has devoured Filipino literature, noting that he has enjoyed the Rosales saga from José, Nick Joaquin’s oeuvre, Ambeth Ocampo’s Rizal work and Miguel Syjuco’s novel “Ilustrado.”

“I liked this Miguel Syjuco a lot,’” he emphasizes. He has become good friends with José— José gifted him with a silver flask—and was looking forward to a literary merienda with José and other Filipino writers at the iconic Solidaridad Bookshop.

He has become, in many ways, a kind of champion for the country.

“It’s surprising when I talk when my friends in Spain, they say, it’s a dangerous country,” Vilaró recalls. “Of course the Philippines has its problems. But all of my friends come to the country and they say it’s lovely and the people are so kind. It’s more or less the last frontier for people in Europe, because all the tourists more or less are used to going to Vietnam, of course, Thailand and Bali. But the Philippines? Why Philippines? But now they discover the Philippines and then they come back.”

When you ask him what he loves most about the country, he provides a two-word answer: “The people.”

Vilaró will have to leave the country in a few days but, of course, he will be back. “I will be back most likely in October, for something that is still confidential as of now,” he says.

It is clear then that Vilaró is going to continue the unique and powerful relationship he has with the Philippines, a bond that is highlighted by “Mabuhay: A Historical Travel Narrative.” Like the country he writes about, he is a man of two natures, someone who visits but never really left.

“To those who do now know the Philippines, I recommend they discover its myriad aspects,” Ramon Vilaró writes. “I hope reading this book encourages them to visit this country that is simultaneously as far-flung as it is close, with whom they’re bound to have numerous ties, both in the past and the present.”

“Mabuhay: A Historical Travel Narrative” by Ramon Vilaró is published by Anvil Publishing, Inc., and is available in paperback at National Book Store.