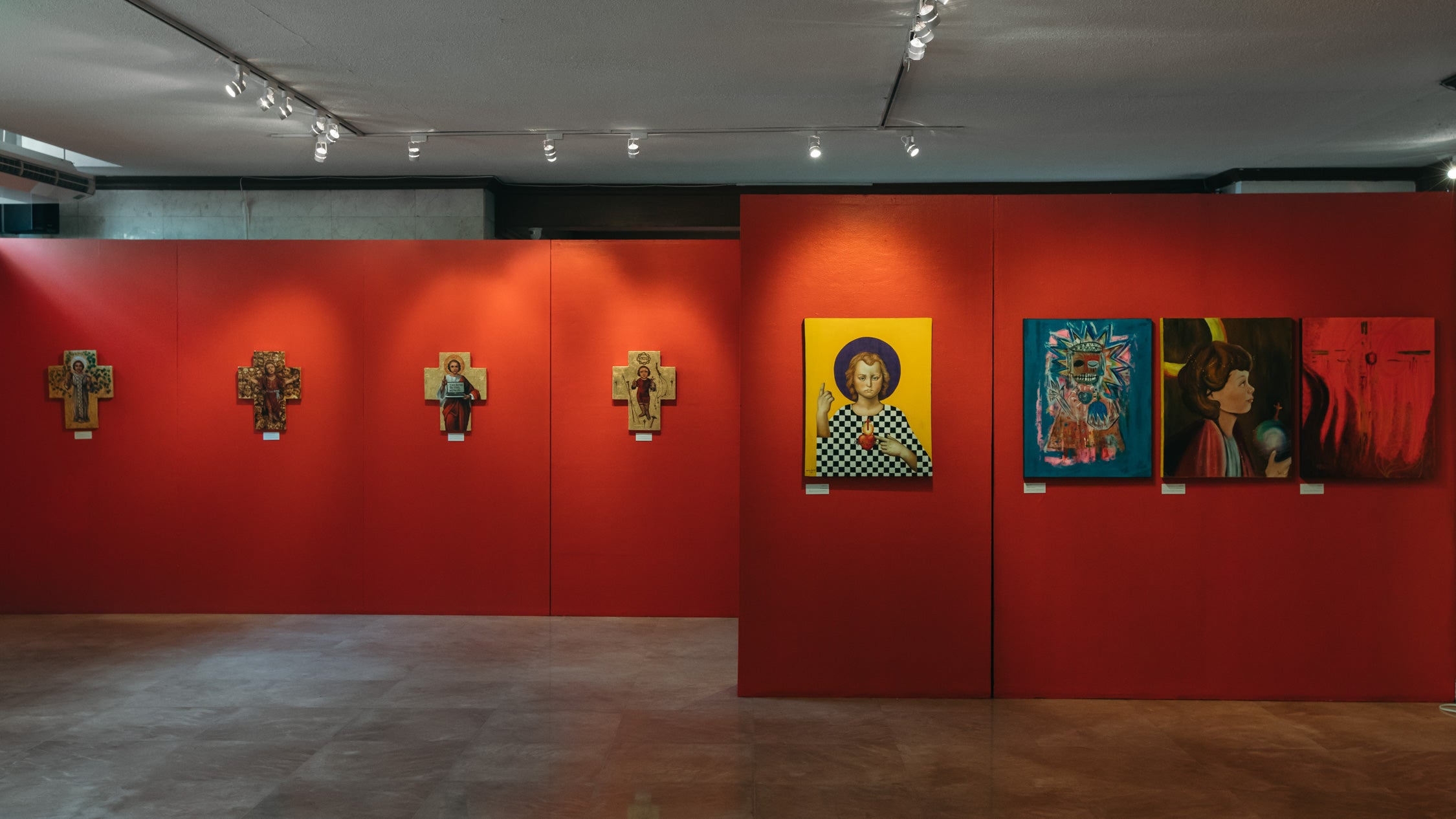 The National Commission for Culture and the Arts (NCCA) Gallery welcomed the pilgrim image of the Santo Nino de Cebu on April 10, at 10 a.m.

The visit of the Santo Nino, the oldest Catholic icon in the Philippines, was in connection with the ongoing exhibition, “Art & Soul: Kristo Niño 2018.”

The exhibition is in celebration of the “Kaplag” or the finding of the image of the Child Christ by the Legazpi expedition in 1565, which is commemorated every April. The Legazpi expedition also brought with it the Agustinian friars, the first missionaries to reach Philippine shores. This year, both the “Kaplag” and the presence of the Agustinians in the Philippines celebrate its 453th anniversary.

“Art & Soul: Kristo Niño 2018” is an exhibition of artworks by artists from Cebu and Manila that feature various images inspired by the Santo Niño.

Highlight of the presentation is the progressive installation which centered on the arrival of the pilgrim image of the Santo Niño de Cebu during the exhibit reception on April 17, led by Basilica Minore del Santo Niño de Cebu rector, Fr. Pacifico Nohara, OSA, and NCCA National Committee on Archives and Subcommission on Cultural Heritage head, Fr. Harold Rentoria, OSA.

The Santo Niño icon of Cebu was received by NCCA Executive Director Rico Pableo Jr. and exhibition curator John Delan Robillos, head of the NCCA National Committee on Art Galleries and the vice head of the Subcommission on Cultural Heritage.

Fr. Nohara gave an inspirational message of hope and evangelization through the devotion to the Santo Niño while DirectorPableo in his welcome remarks, highlighted the Catholic faith as an integral part of Filipino culture.

A Mass was celebrated by Fr. Rentoria at the exhibition area on April 18. In his homily he recounted the challenges encountered in bringing the Santo Niño de Cebu to Manila and how the Santo Niño had always provided solutions to life’s struggles.

Exhibit will be on view until April 30. –CONTRIBUTED