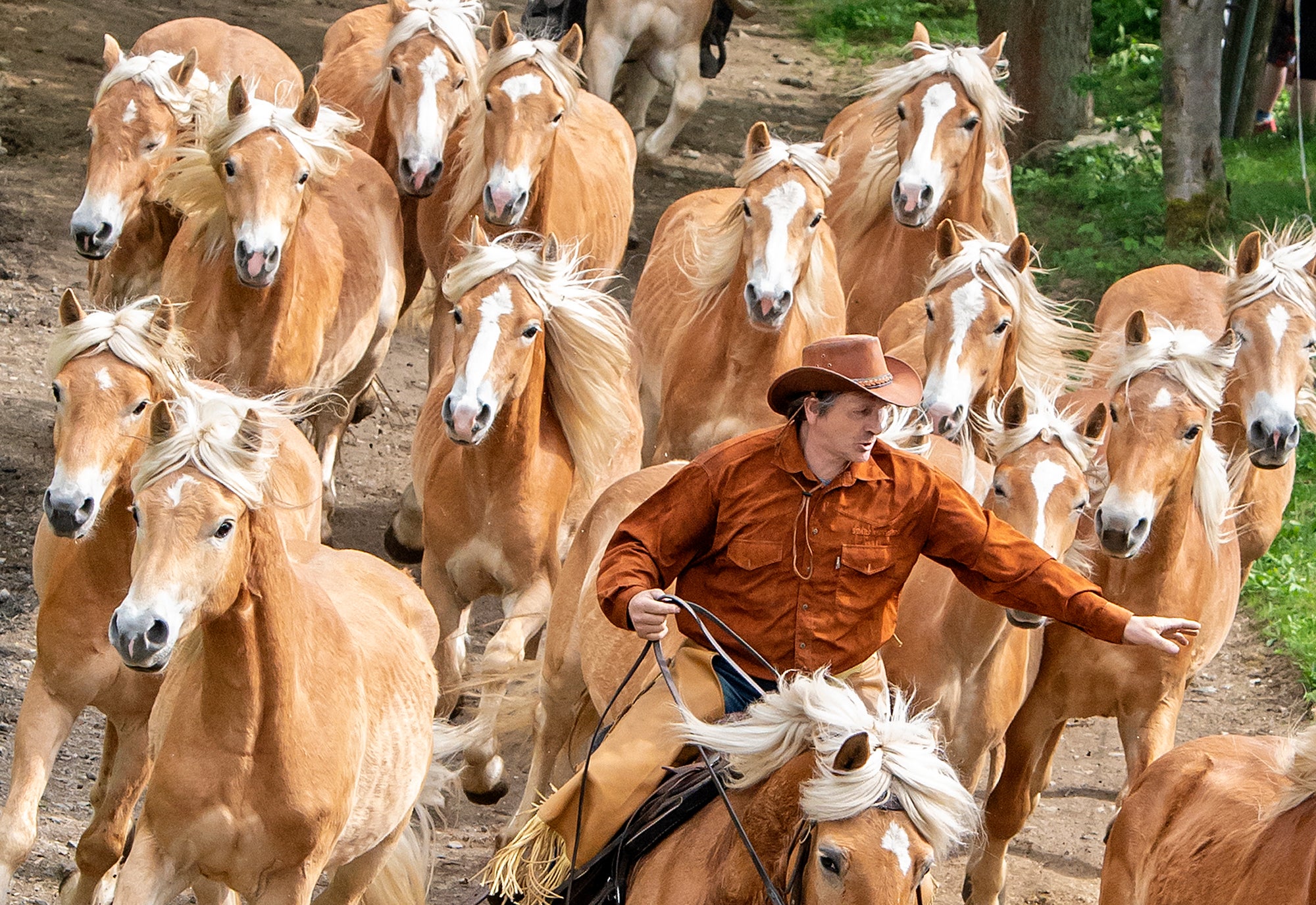 A rider gesture to the Haflinger horses during this years's first turn-out to grass at Europe's largest Haflinger stud-farm in Meura, Germany, Sunday, April 29, 2018. More than 300 Haflinger horses are living there. Image: AP Photo/Jens Meyer

Off to the pasture: Spring horse run delights German crowds

BERLIN (AP) — Hundreds of Haflinger horses are enjoying their first days out on the pasture in Germany after a public run marking the end of the winter season.

Staff at the Meura stud farm in central Germany drove the distinctive chestnut-colored breed from their stalls to their summer gazing grounds on Sunday.

The event, which has become something of a tradition, drew thousands of spectators to the rural area of Thuringia state amid glorious weather.

First bred in what is now northern Italy in the 19th century, Haflinger horses are a popular riding breed. CC