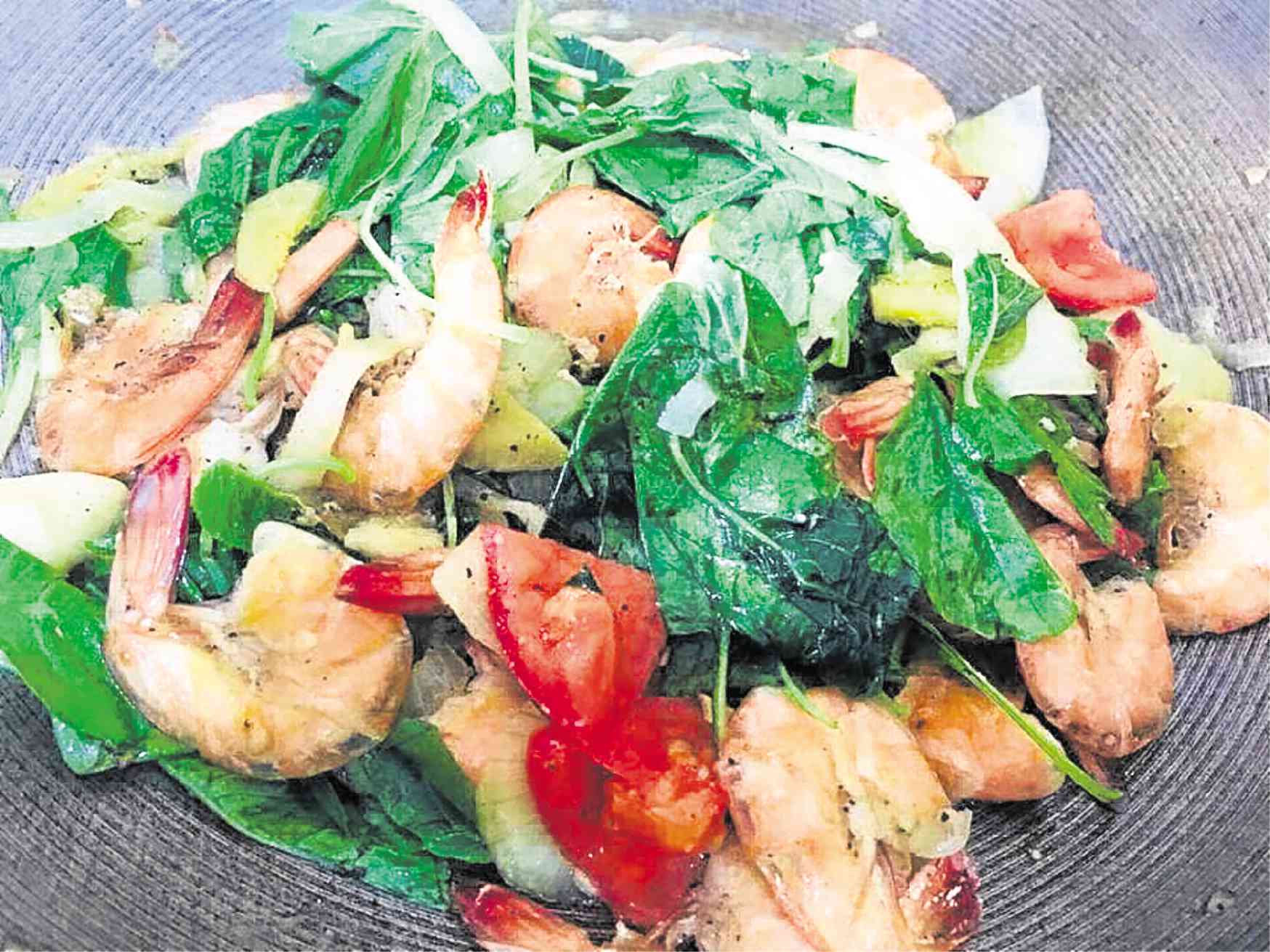 Shrimps and kale with tomatoes and ginger sauteed in olive oil

Losing weight–with a dose of sunshine

I’ve always been thin—in fact, during a short stint as a radio DJ back in the late 1980s, I named myself Skinny Ziggy. But after turning 40, I easily gained weight.

One thing I hate about excess fat, especially around the waist, is that the simple act of bending my knees to reach for something under the bed or under the table already felt uncomfortable.

An increased intake of food and alcohol due to the late hours of newspaper work gave me a puffy face and a beer belly. Not good, as medical experts have warned. One incident got me worried: At 3 a.m., I was awakened by what I sensed was my heart having difficulty beating. My blood pressure gave me the creeps: 170/100.

In 2013, I tried to do something about the problem.

A documentary video, “Fat, Sick and Nearly Dead”—about Joe Cross, an Australian who was overweight by 100 pounds but regained his normal weight the natural way by drinking juice recipes of vegetables and fruits for 60 days—persuaded me to try juicing.

But I returned to my bad ways because the juicing process was time-consuming. And then I started gaining weight again.

‘Primed For Your Life’

Not too long ago, an article written by Inquirer Lifestyle’s Anne Jambora (“You can eat your eggs and butter–and still have good cholesterol, says this wellness coach,” Oct. 11, 2016) caught my eye. I got in touch with the wellness coach, Chad Davis, who promptly scheduled a meeting to explain the diet he has been promoting called Primed For Your Life.

In a nutshell, he zeroed in on two things I should avoid: carbohydrates and sugar. Which meant doing away with rice, bread and sweets. I’m not going to feel weak without rice, Davis assured me, because certain veggies like cabbage contain healthy carbs.

Davis devised a meal plan that encouraged—aside from the scientifically proven healthy formula of fruits and vegetables—more seafood, lots of eggs, and cooking with olive oil.

But, over and above anything else, Davis kept reminding me to have adequate sleep and, upon waking up, go out to have some sun.

Aside from providing a natural dose of vitamin D, it’s the sun that gives us the energy to function well during the day, and also helps us sleep well, David said, adding that it’s while asleep that we lose weight.

My wife, who cooked for the family, followed Davis’ meal plan, most of which were easy to prepare and visually mouthwatering. Indeed, the dishes tasted fine—especially the ones that mixed broccoli with sardines, eggs and cheese.

Likewise, Davis said that I don’t need strenuous exercise, since walking and other forms of movement are enough physical activity.

In two weeks, I noticed my pants slipping down, a clear indication that I was losing weight. The puffiness of my face also began to disappear.

Quitting rice had no negative effect, although I cheat whenever the only available food at breakfast is bread. As for sweets, Davis said dark chocolate is okay.

My only problem now is that I don’t get enough sun in the morning, owing to the late hours of work which includes doing the nightlife which usually lasts till the wee hours. But Davis said that can be remedied by ditching the umbrella when walking in the streets at daytime.

What I look forward to is Davis’ confident claim that I can soon stop taking meds for my hypertension. Lately my blood pressure has remained constant at 120/70. But that’s for another story.