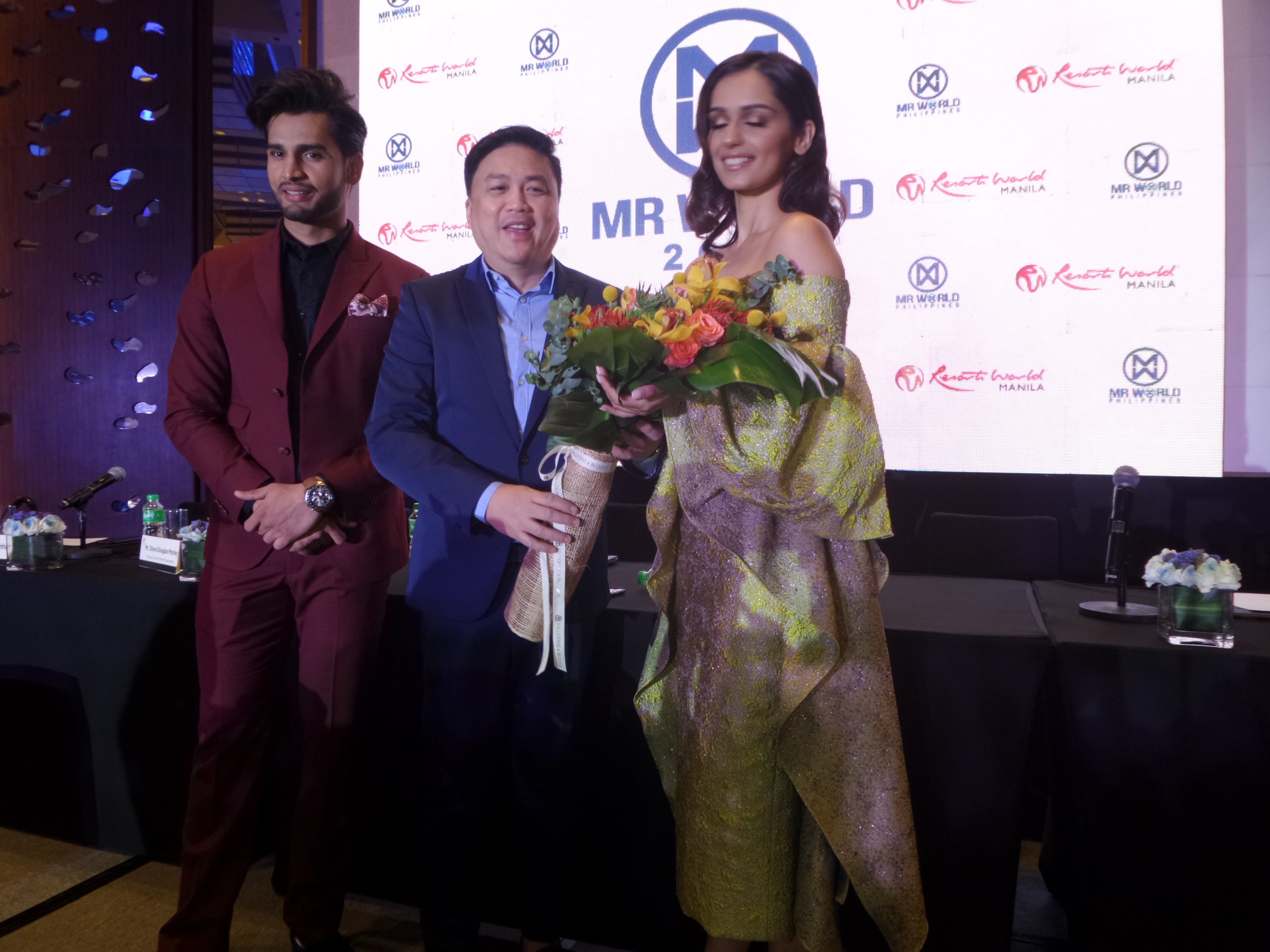 Arnold Vegafria, ALV head and Miss World Philippines national director, made the announcement at the Marriott Grand Ballroom at the Resorts World Manila complex in Pasay City on May 2.

Both global titleholders are from India.

Over 100 delegates are expected to compete in what will become, as Morley said, “the biggest male pageant in the world.”

“We, as an organization, value this country greatly because you have the most dedicated fans in the world. That means a lot to all of our winners who come here,” he said.

Vegafria said the pageant aims to showcase not only the country’s natural wonders but also Filipinos’ world-renowned hospitality.

Mr. World is a two- to three-week competition designed to test the hopefuls through a series of challenging tasks, which include interviews and a stage show. /je