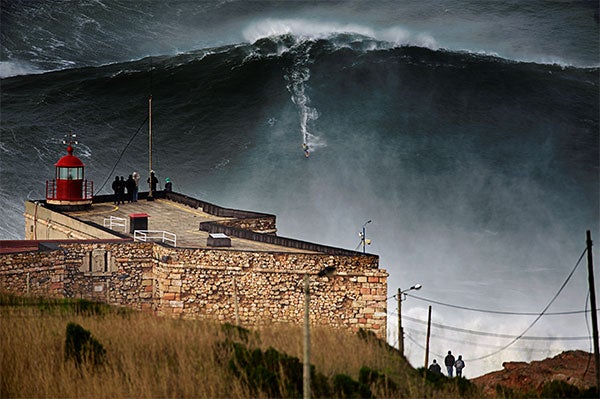 Rodrigo Koxa broke the standing Guinness World Record and surfed into history on top of an 80-foot wave.

The 38-year-old surfer received the title “Largest wave surfed (unlimited)” from Guinness World Records on May 1 for his achievement in surfing a 24.38-meter or 80-foot wave off the coast of Nazaré, Portugal, back in Nov. 8, 2017. He did not get the Guinness title immediately, as he was first given the Quiksilver XXL Biggest Wave award by the World Surf League (WSL) during an event in California, USA, last April 28, according to a statement from Guinness.

Now Koxa can add “Largest wave surfed (unlimited)” to his belt. The title previously belonged to American surfer Garrett McNamara when a 78-foot-tall wave on Nov. 1, 2011.

On the footage, Koxa could be seen being pulled by a jet ski to a certain height on the wave. Once high enough, Koxa began to surf downwards and into the history books.

“I’ve tried to surf big waves all my life and I had a huge experience in 2014 where I almost died at Nazaré,” said Koxa.

He added, “Four months later, I had bad dreams, I didn’t travel, I got scared, and my wife helped me psychologically.”

But once Koxa got back on his feet to surf the 80-footer, the following recognition from WSL and Guinness opened up more opportunities for the surfer.

“It was amazing, the recognition attracted so many opportunities. Within a few days, I was covered by literally every major outlet in the world,” said Koxa.