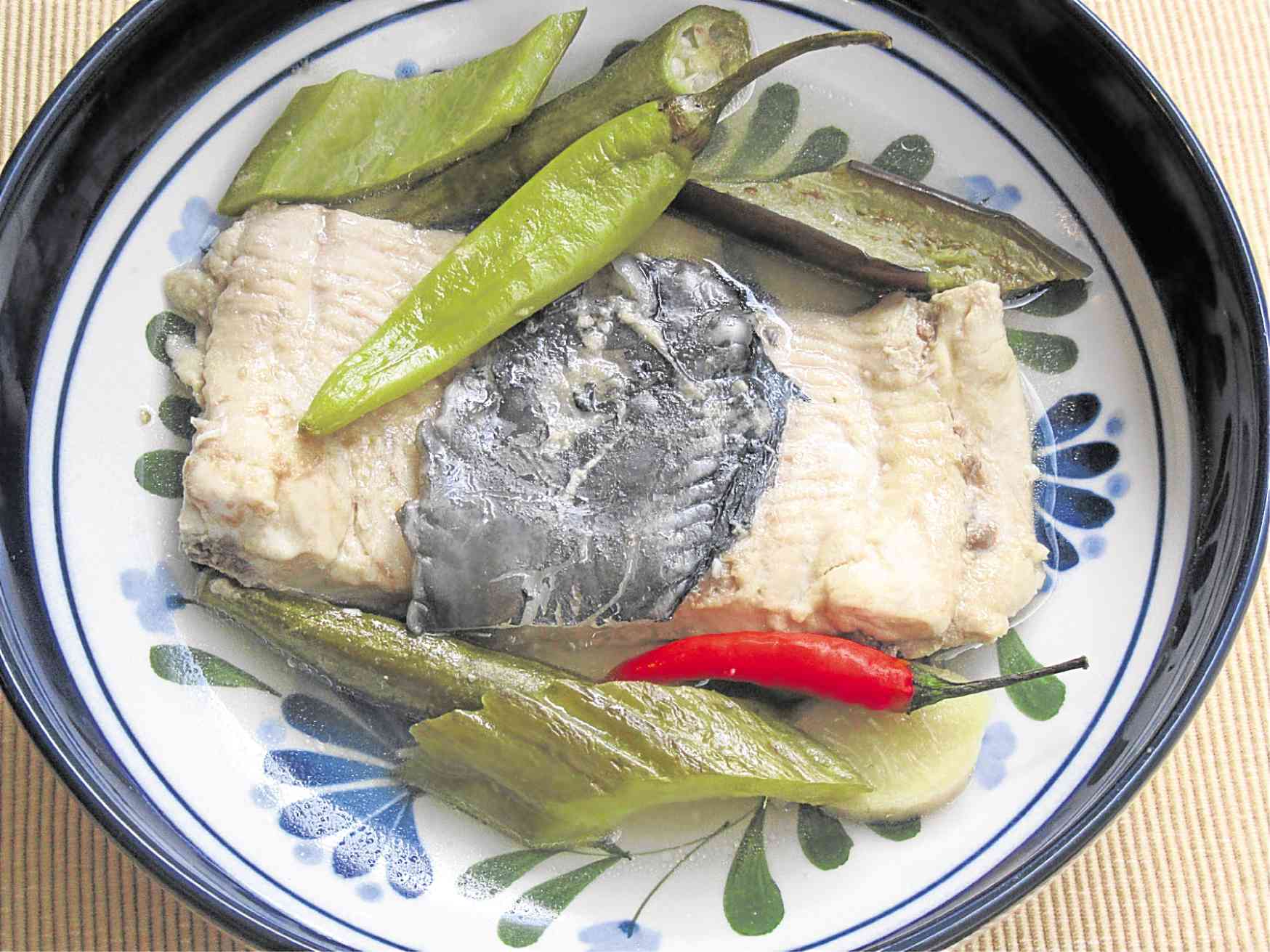 After my friend Pette Santos Jorolan described the paksiw na bangus that she serves in her restaurant, Everybody’s Café, I knew I just had to have a taste of it.

According to Pette, the bangus they use comes from either Dagupan or Bataan. Dagupan, in particular, is known for its fat, tasty milkfish. One reason for its extraordinary taste is the combination of saltwater and freshwater in which the fish are raised. The fish from Dagupan also tend to have smaller heads, said Pette.

Based in San Fernando, Pampanga, Everybody’s Café has a stall in Salcedo Market, Makati, every Saturday, where I bought (aside from my usual stash of lumpia and morcon) paksiw na bangus.

True enough, this was no ordinary paksiw na bangus. The fish had a fatty, thick flesh, almost like a fish steak. It also had a thick layer of belly fat, which is considered the prime part of the bangus. Moreover the paksiw had just the right amount of sourness from the vinegar in which the fish was stewed.

I wish I could have Everybody’s Café paksiw na bangus every week. But that not being possible, I just cooked my own paksiw recipe at home, using the prime bangus belly which I bought in the supermarket. Here’s my own take on paksiw.

Cover the pan and bring the mixture to a boil. Immediately lower the heat to a simmer. Let simmer, without stirring, until bangus bellies are fully cooked and vegetables are tender, about 10-15 minutes.

You can use white vinegar or cane vinegar. For this recipe I used Mama Sita’s Sukang Iloko (sugarcane vinegar).

If you want a more sour taste, add more vinegar.

For a slightly spicy flavor, pierce the long chili or the bird’s eye chili (if using) to release the peppery taste.