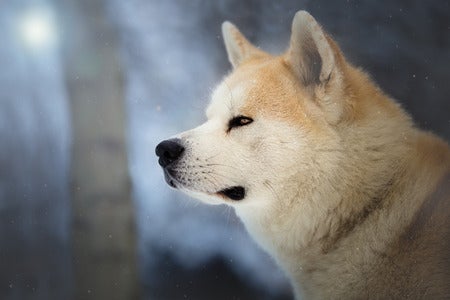 The story of the Japanese dog Hachiko touched the lives of millions of people the world over. Who couldn’t help but shed tears over a loyal dog who continued to wait for his owner in the Shibuya station, even nine years after his dear owner’s death? Hachiko and his owner Ueno’s statue now stands in the University of Tokyo, finally reunited at last after almost a hundred years apart.

These days, a dog from southwest China is being likened to Hachiko, as he, too, waits faithfully everyday at the subway station for his owner to come home from work. The dog, named Xiongxiong, would stay in the Liziba metro station in Chongqing’s Yuzhong district all day, according to People’s Daily China via the South China Morning Post last April 30. His owner, who goes to work around 7 a.m., returns twelve hours later.

“Xiongxiong is 15 years old and I’ve had him for seven or eight years,” his owner, who was not named, said in the report. “Ever since I have had Xiongxiong, he has waited for me every day.”

Xiongxiong has since caught the eye of netizens and regularly gets visits in the station from those who’ve seen and heard of him online. Xiongxiong, however, remains a good boy, and does not accept anything given to him by strangers.

“He’s well behaved and never eats anything given to him by others,” a local resident was quoted as saying. “The dog just stays here and waits for him. It always gets extremely excited when it sees its owner return each day.” Cody Cepeda/JB