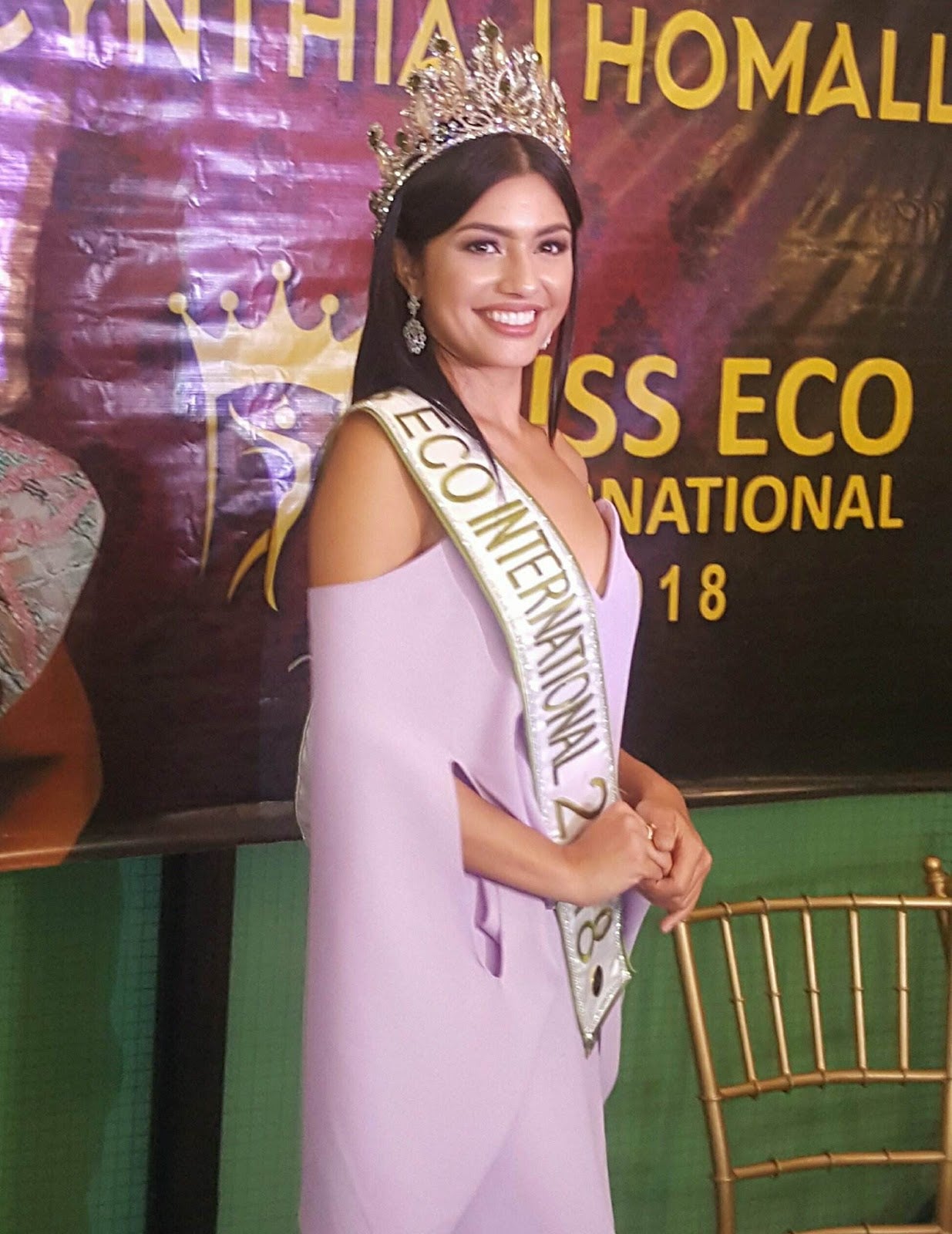 Global pageantry has indeed been very fruitful for the Philippines as proven by the country’s notably increasing title holders. Because of this, other nationalities already fear Filipina candidates.

This was revealed by newly-crowned Miss Eco International 2018 Cynthia Thomalla during her homecoming press conference on Friday after she won the coveted title.

In fact, she experienced it for herself.

“I’ve heard some people saying, kasi I’m close to Miss USA, Canada, South Africa, and Thailand and they’ve told me that some of the girls told them na ‘why are you always hanging out with Miss Philippines, she’s stealing your spotlight,” she said.

“And then I realized that’s the reason why they didn’t really want to hang out with me. I want to make friends, I want to make the experience a beautiful one but I also don’t want to force the friendship.”

It was true friendship indeed that blossomed between her and the other four candidates despite being in competition for one crown.

“The four girls are really good friends of mine and I didn’t really need to ask for more. They were really happy for my success,” she added.

Just as every candidate the Philippines sends to compete abroad gets all the support she needs, Thomalla was shocked to learn that for some candidates, the support is not exactly the same.

“I was shocked that with their organization they were not really supported with gowns, even paying for the extra [luggage] I think Miss World Philippines organization is really supportive and we are really blessed to have them as our team,” she said.

Cynthia Thomalla made local pageant history when she became the first Filipina to be crowned Miss Eco International.

She bested 50 candidates during the fourth edition of the grand pageant held last April 27 at the Cairo Opera House El Zamalek in Cairo, Egypt.

The Cebuana beauty who has signed up for Regal Entertainment last year is also excited to jumpstart her showbiz career after her reign.