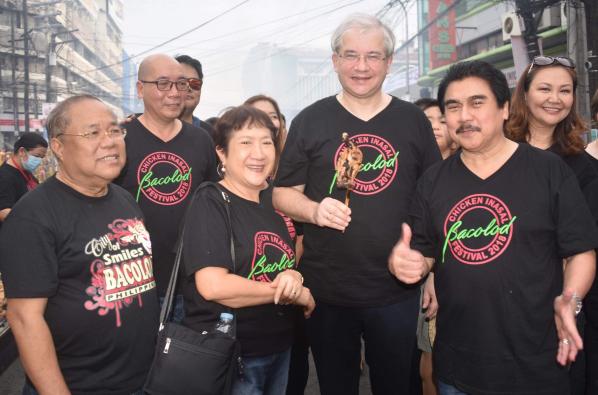 BACOLOD CITY – The first Bacolod Chicken Inasal Festival on Araneta Street in this city kicked off on Saturday.

The guest of honor was Russian Ambassador to the Philippines Igor Khovaev.

“We are claiming to the world that we have the original chicken inasal,” Bacolod Mayor Evelio Leonardia said. “Chicken inasal is synonymous with Bacolod City.”

The Bacolod Chicken Inasal Festival is one of the events of the 80th Charter Anniversary of the city this year.

They grilled about 3,000 sticks of chicken.

About 25 chicken inasal sellers and establishments had signified to join the festival, Rojas said.

“The main reason they are holding the festival is to promote food tourism and invite visitors to try Bacolod’s chicken inasal,” she said. /atm