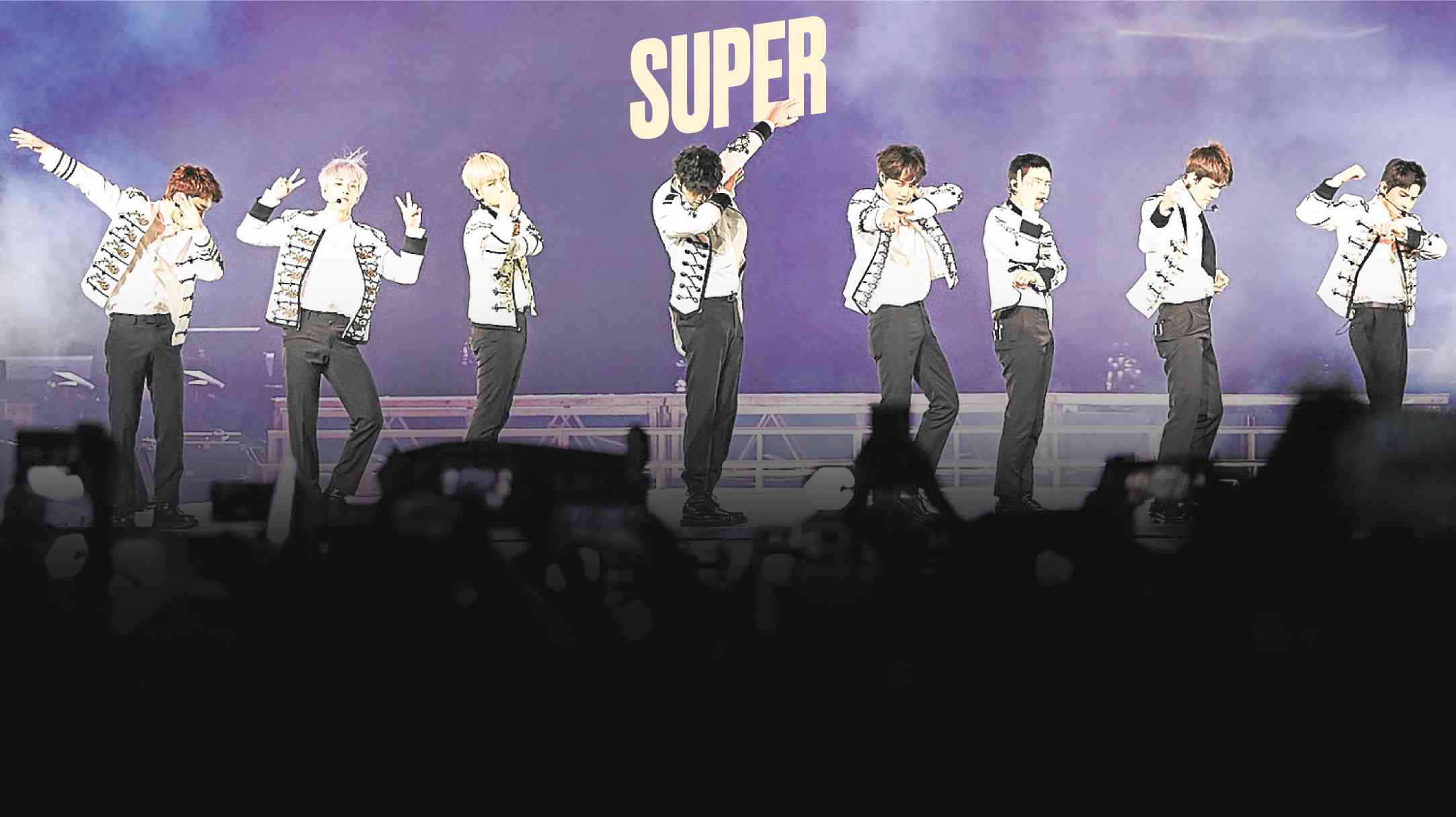 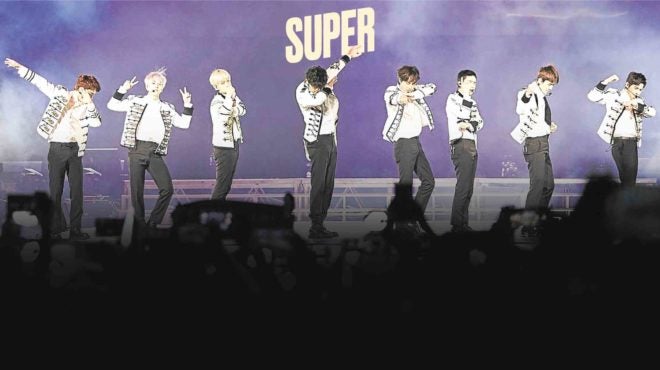 I challenged myself not to listen to any of EXO’s songs before #ElyxionInManila. I wanted to listen to their songs with fresh ears on the day of the concert. It was very hard to do.

Other members of the group include Suho (Kim Jun-myeon), Lay (Zhang Yixing), Chanyeol (Park Chan-yeol), D.O. (Doh Kyung-soo), Kai (Kim Jong-in) and Sehun (Oh Se-hun). All of them were here last weekend with the exception of Lay.

My friend refers to me as a newborn EXO-L (fandom name) because I am someone who only started showing interest in the K-Pop genre last November. This is why my mom blurted a solid “Susmaryosep!” when I told her that I bought a cheering kit for my ultimate bias Park Chanyeol.

The kit includes holographic banner that says “Park Chanyeol” for extra attention. There’s a “Loey” shirt and cap, photo cards and stickers.  “Loey” is the name of Chanyeol as a producer. He is also rapper, pianist, guitarist, drummer and dancer. And I badly wanted for him to notice me.

I also purchased and official ElyXiOn fan light to be part of the silver ocean on D-day. I didn’t regret the money I spent on every single item.

Days before the concert, Beshies of EXO (Bexo) announced on Twitter that their proposed fan project was chosen by the Korean management.

It was a two-part project titled “Cosmic Revolution”: first was the food support for EXO, wherein they would provide local snacks and drinks. Local fans sent the boys dried mangos, shrimp crackers in different flavors, peanuts, and different types of cookies.

Cosmic Revolution’s second part was The “Power” Project that was further divided into two: Phixos (Philippine EXO-Ls) would be given banners that would form the sentence “No matter how far apart we are, we are always one” to raise during their “Don’t Go” performance. Then during their “Power” stage, a rainbow ocean would be created and form the words “We are one” and “You are our power.”

Philippine fanbases of the individual members also prepared their own projects, especially for the solo stages of D.O., Chen, Chanyeol, Suho, Kai and Sehun, and a birthday greeting for Baekhyun’s special day on May 6.

And what touched us Phixos the most was how EXO seemed to be genuinely happy during their performances because after a long time of separation due to their busy schedules, as leader Suho said, they were all finally together on one stage, and it was with us Filipino fans.

Their solo stages were even more phenomenal. Chen’s “Heaven” solo reminded me why he was my bias-wrecker all along. Suho performed “Playboy.” Chanyeol became emotional with “Hands” rap solo which showed a different side of the bubbly and playful main rapper. Sehun’s gave a powerful “A Go” performance. Kai’s graceful yet endearing “I See You” transformed the entire arena into Kai stans. D.O.’s English rendition of “For Life” proved he was the vocalist of the generation.

What topped it all aside from EXO being extra playful with the fans by wearing masks and wings and entertaining themselves with toys that were thrown on stage by EXO-Ls was the fact that none of them wanted to go home.

Suho even went on to tell us that they greatly appreciated our banners, saying, “Always and anywhere, EXO is one.”

The night had me convinced. Stanning the group since last year was worth it.