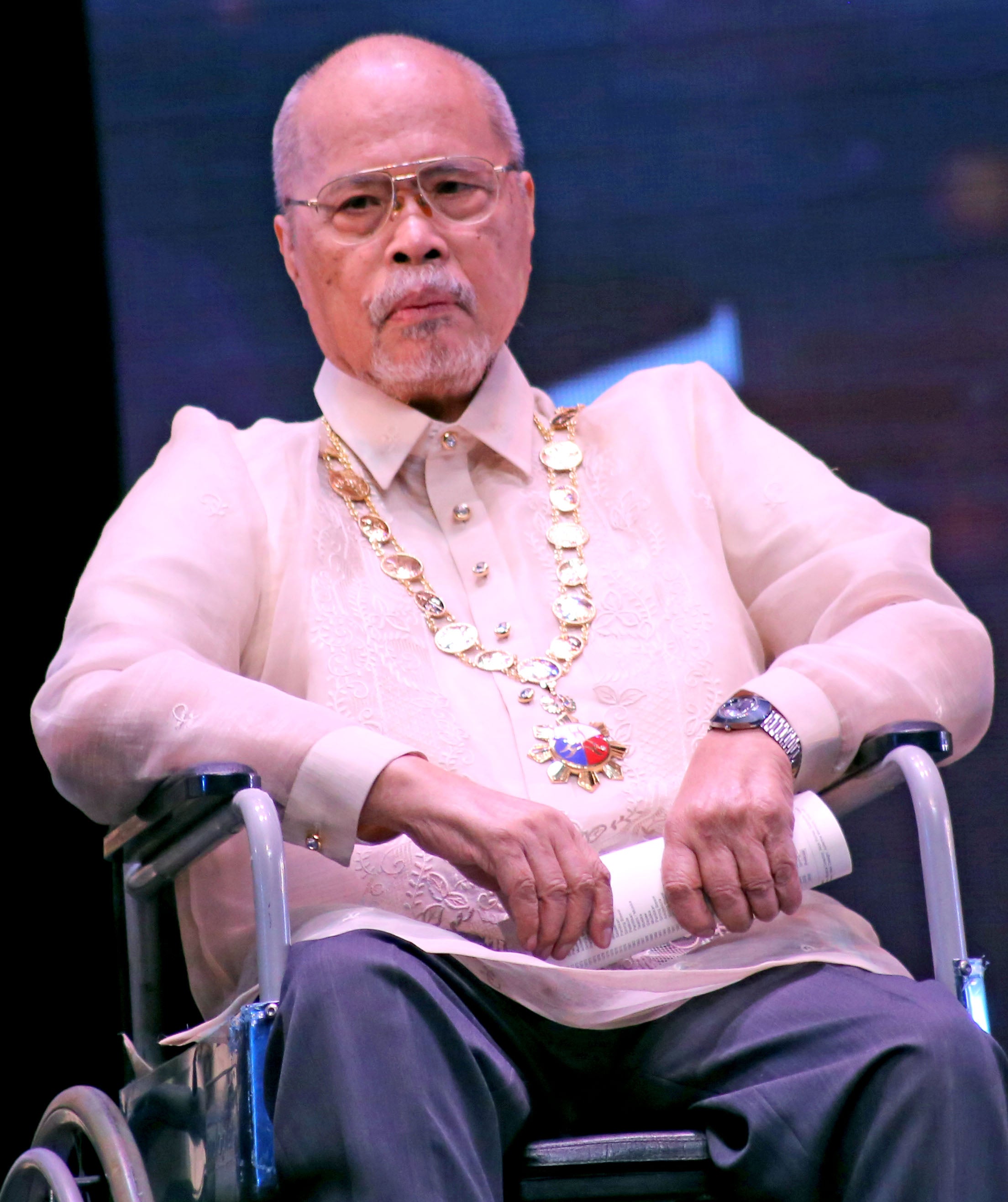 A man immersed in the greatness of the creative word throughout his life, Cirilo Francisco Bautista died Sunday at the age of 76.

Bautista was elevated to the Order of the National Artist (ONA) of the Philippines in 2014 by President Benigno Aquino. He is survived by his wife Rosemarie and three children.

Presidential proclamation No. 809 read: “Whereas, the works and achievements of Cirilo F. Bautista as a poet, fictionist and essayist have greatly contributed to the development of the country’s literary arts and has strengthened the Filipino’s sense of nationalism.”

At a 2015 testimonial dinner at his alma mater the University of Santo Tomas, Bautista said this of being named National Artist: “It is a kind of confirmation, that after 74 years, you know you can write.”

That he truly did. One of the last living iconic writers of his generation, Bautista wrote poetry, fiction and essays. His best known work is the epic poetry trilogy “The Trilogy of Saint Lazarus,” made up of the “The Archipelago (1970), “Telex Moon” (1981) and “Sunlight on Broken Stones” (1999).

A prolific writer, he had written more than 20 books, his last being the poetry collection “In Many Ways: Poems 2012-2016,” published by the University of Santo Tomas Publishing House in 2018.

He was also a noted critic and respected teacher. He was literary editor and a columnist for the Manila Bulletin’s Philippine Panorama Magazine.

“It is with deep sadness we announce the passing of our beloved professor/mentor and perhaps the greatest poet in the annals of Philippine literature–Dr. Cirilo F. Bautista. Rest in peace, our Moses, Gandalf, Nero Wolfe, Obi Wan Kenobi. Till we meet again in Paradise,” read a statement on the DLSU Department of Literature Facebook page.

Much published locally and aboard, Bautista was named to the Carlos Palanca Memorial Awards Hall of Fame in 1995, which is given to winners of five first prizes. Bautista had won nine Palanca in all, for essay, fiction, poetry in both English and Filipino.

He had also won First Prize in the 1998 National Centennial Commission literary tilt. He received the Gawad Balagtas from the Unyon ng Manunulat ng Pilipinas, among many other accolades.

Bautista taught at St. Louis University, San Beda College and DLSU, where he was Professor Emeritus for Literature and sat on the board of advisors of the Bienvenido Santos Creative Writing Center. He served as Senior Associate at the UST Center for Creative Writing and Studies.

A thoughtful man known to his close friends as “Toti,” Bautista served as a mentor to countless younger writers through his own efforts and as part of many panels at writing workshops.

At the 2015 dinner, Bautista spoke about the point of writing poetry, the form he is most identified with. “The poem is meant to give delight to the readers,” he said.

He spoke one truly extraordinary statement that evening, one that seemed to exemplify his life and legacy.

“For artists, art does not just imitate life,” Cirilo F. Bautista said, surrounded by the words he savored and the people he love. “Art becomes the life.”