At the UST Writers’ Workshop, a literary vision of the future | Lifestyle.INQ ❮ ❯ 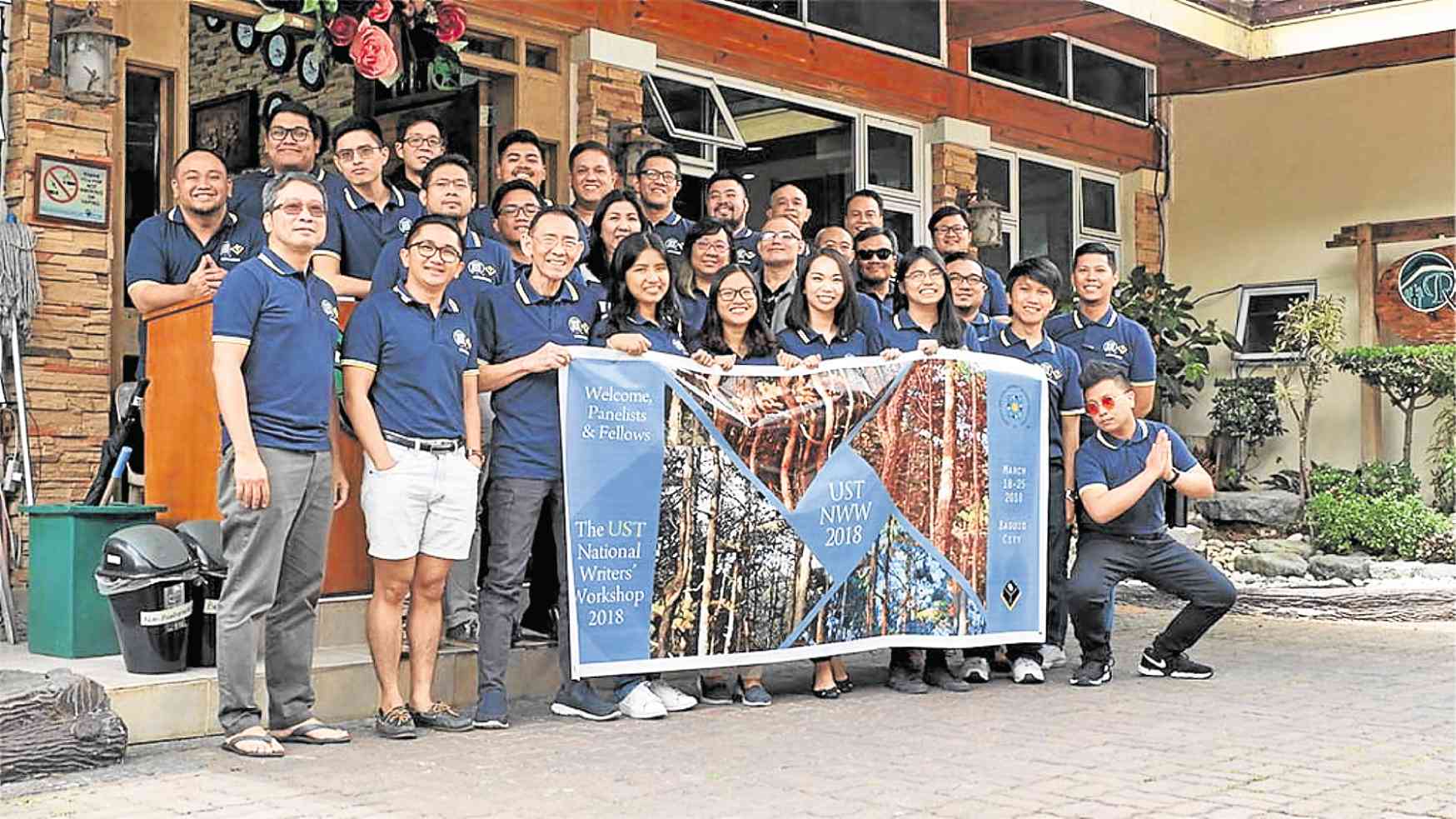 At the UST Writers’ Workshop, a literary vision of the future

The increase in number coincided with a calendar shift. From its usual midyear perch, the weeklong workshop, held at Ridgewood Residences in Baguio City, was moved to March. This, we were told, was a precaution against the weather: Last year, the rains of late July left the entire workshop contingent unexpectedly stranded in the mountain city for an extra day.

This date change, however, concurred with a rather hectic period of the academic calendar, which meant some members of the teaching panel—“powerful women,” as they were lovingly labeled—couldn’t make it for the entire week, if at all. “Just in case you’re wondering why we have an almost-all-male panel,” Ned Parfan, poet and workshop coordinator, clarified during the orientation.

Cristina Pantoja Hidalgo, CCWLS director, had to miss the workshop for personal reasons. The only time we fellows met her was when she came aboard the bus in UST to tell us she was, sadly, staying behind. “If my smile looks a bit pained, it’s because I couldn’t join the group this year,” she later wrote on Facebook, referring to the obligatory predeparture photos we took in front of the university’s iconic Main Building.

The sweet surprise turned out to be Filipino-American writer R. Zamora Linmark, who was only hitching a ride to Baguio, but there and then offered his services to be part of the panel.

So it was that we trooped up north with sweaters, turtlenecks and fleece jackets in tow, the temperature dipping to as low as 14°C in early morning.

Cocooned in the hotel’s sixth-floor conference room, we averaged seven literary pieces a day—and that was honestly no walk in the park. But we were also well-nourished, the meals and coffee breaks peppered generously throughout our schedule, and the balconies affording vistas of the neighboring Mansion House and the city’s ubiquitous pine trees if ever one sought a chilly breather.

The tearing apart and subsequent reconstruction of our works was nothing if not expected. Linmark’s critiques, for instance, proved to be some of the most memorable, especially his emphasis on editing—on killing our proverbial darlings. “What sounds nice doesn’t always make sense,” he said, more than once, with an eye particularly directed at the poetry fellows.

Gémino Abad, who was a guest panelist, unfailingly stressed his three-word mantra on writing: “saysay,” or meaningfulness; “diwa,” the literary work’s moral dimension; and “datîng,” pertaining to the effect and power a work has on the reader. After all, “the subject of all writing is the human experience,” he said. “What is most real is what is most imagined.”

Meanwhile, acclaimed screenwriter and poet Jerry Gracio, our other guest panelist, said that for a literary work to be considered effective, “Dapat nahihipo niya ako (It has to touch me).”

Gracio also lauded the fact that most of the pieces were parts of bigger projects, from lyric sequences to traditional poetry or short story collections. “Dapat ang end-product na iniisip natin ay isang libro, o kaya nama’y isang pelikula, ganoon (The end-product we should already be thinking of is a book or a film).”

On the way back to Manila, one couldn’t help mulling over Gracio’s words: the books and plays and movies to be read and viewed in the years to come, all by writers cloistered in a bus descending the winding mountain road. An apt challenge, if ever there was one, and a promising vision of the future. —CONTRIBUTED