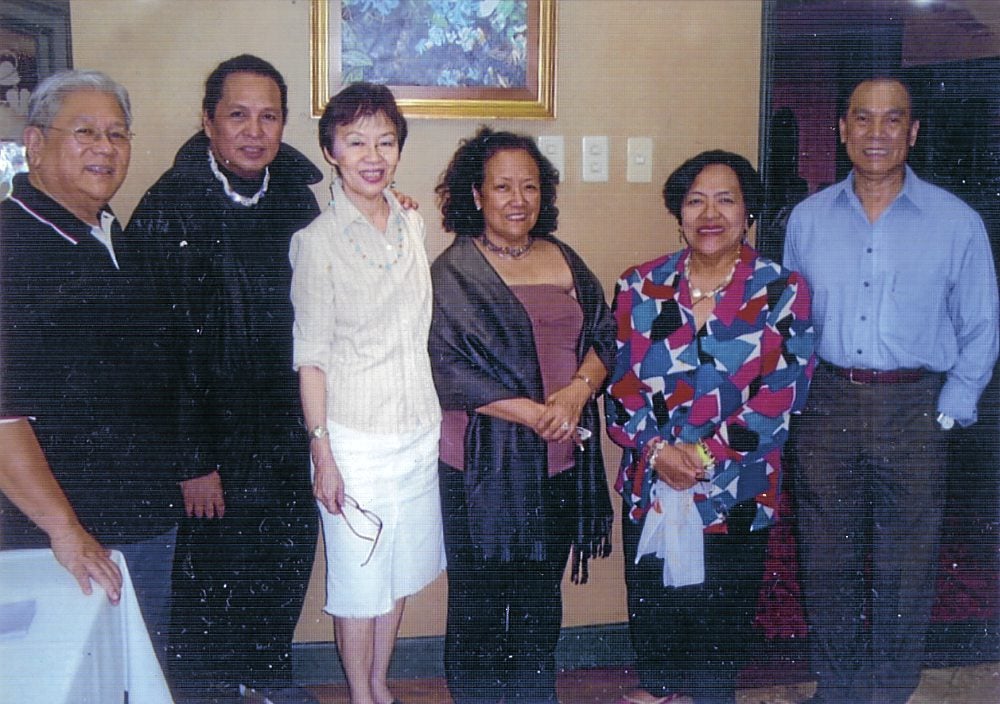 Today (January 1) as we celebrate the Solemnity of the Blessed Virgin Mary, the Mother of God, I recall what Fr. Oliver Genuino told his parishioners in Our Lady of Fatima Church in Binakayan, Cavite in 1996.

At that time, a new church was being built, while Masses were still being held in the small church along the main road to Kawit. He said, “Kumapit kayo sa palda ng Birhen at huwag bibitaw. (Cling to the skirt of the Blessed Virgin and do not let go.)”

The new church was an ambitious project with the life-size image of Our Lady of Fatima seemingly floating outside the altar with the three seer children kneeling in front of her. The wall of the altar was made of plexiglass making it possible for the people to look up to Our Lady and pray to her. It took sometime before the church was built, but it was there finished and solid as a testament of faith of her devotees who believed in her help.

If you have any problem, pray to Mama Mary and believe that she will help you. Do not let go, cling to her!

Many prayers have been answered through her powerful intercession. And so it was that 2, 166 devotees carrying a one-foot image each of Our Lady under this title joined the procession last December 10.

History of the image

In the 15th century, a religious brotherhood was founded in Valencia, Spain, to minister to the needs of forsaken children in the name of Our Lady of the Abandoned Ones. However, it did not have an image for veneration and devotion.

One day, three young boys came knocking on its door seeking shelter. They were allowed to stay and these boys offered to carve the image needed in gratitude for the asylum. They were provided with a large slab of wood and sculpting tools. They asked that they be left in silence and undisturbed for three days to finish the task.

The youth locked themselves up in the room for three days and after the time, the young boys still did not come out. The brothers decided to force open the door, but the boys were nowhere to be found. Instead, at the center of the room, a majestic, protective and beautifully carved image of Our Lady greeted them.

This mystery was soon followed by countless miracles attributed to the workings of this holy handiwork. In 1885, Our Lady of the Abandoned Ones was proclaimed Patroness of Valencia.

How it reached the Philippines

In the 1700s, Fr. Vicente Ingles, a Spanish friar, went to Valencia and brought home to the Philippines a replica of the image. The image has since been venerated in Sta. Ana, Manila.

The feast day of Our Lady of the Abandoned falls on May 12. In the Hulo parish, dawn Mass is held on the First Saturday of the month (Jan. 7) at 4:30 a.m. Every Saturday, there is Mass is 6:30 a.m. The parish priest is Fr. Eladio Oliver, MSP.

International concert pianist Leonor Kilayko just arrived from Germany where she performed for the disabled and the elderly in a home there.

Before she left last Sept. 15, Jade Vine Restaurant feted her with a farewell lunch.

Leonor has been invited to perform on the last Friday of February during the Philippine-German Month of “Paco Park Presents.” She began performing at the Paco Park since Victoria Zimmerman was cultural attaché of the German Embassy.

Sixty children aged 12 and below joined the “Christmas Tree Wishing Contest” of Jade Vine Restaurant from Nov. 15-Dec. 22. Three came out winners. Eight-year-old Manha Rufayda Disomimba from Iligan City won first prize with her wish: “I wish people in Iligan and Cagayan de Oro will be safe and there will be no more hungry kids.” She won P3,000.

Clayton Joseph Tu, 12, of Moonwalk, Parañaque (second prize, P2,000) said, “My wish for Christmas is good health for me and my family, to be a good boy and to be rich.”

Geraldine won a gift certificate for lunch or dinner. The board of judges was composed of Jullie Daza, chair; Jun Alvendia, Sonny Alvendia, Sylvia Alvendia Rodriguez and Josie Darang, members.

‘Peace Through a Woman’

“Peace Through a Woman” is a documentary on Our Lady of All Nations and her prophecies, with Martin Sheen as narrator. It was shown on Dec. 25 over ANC Channel. Simulcast in US on TFC.

A blessed New Year to all readers. For our New Year’s resolution, let us decide to help one needy person like a student who wants to finish school, but cannot due to poverty. Any good deed will remind you that “what you do to the least of His brethren, you do it unto Him.”