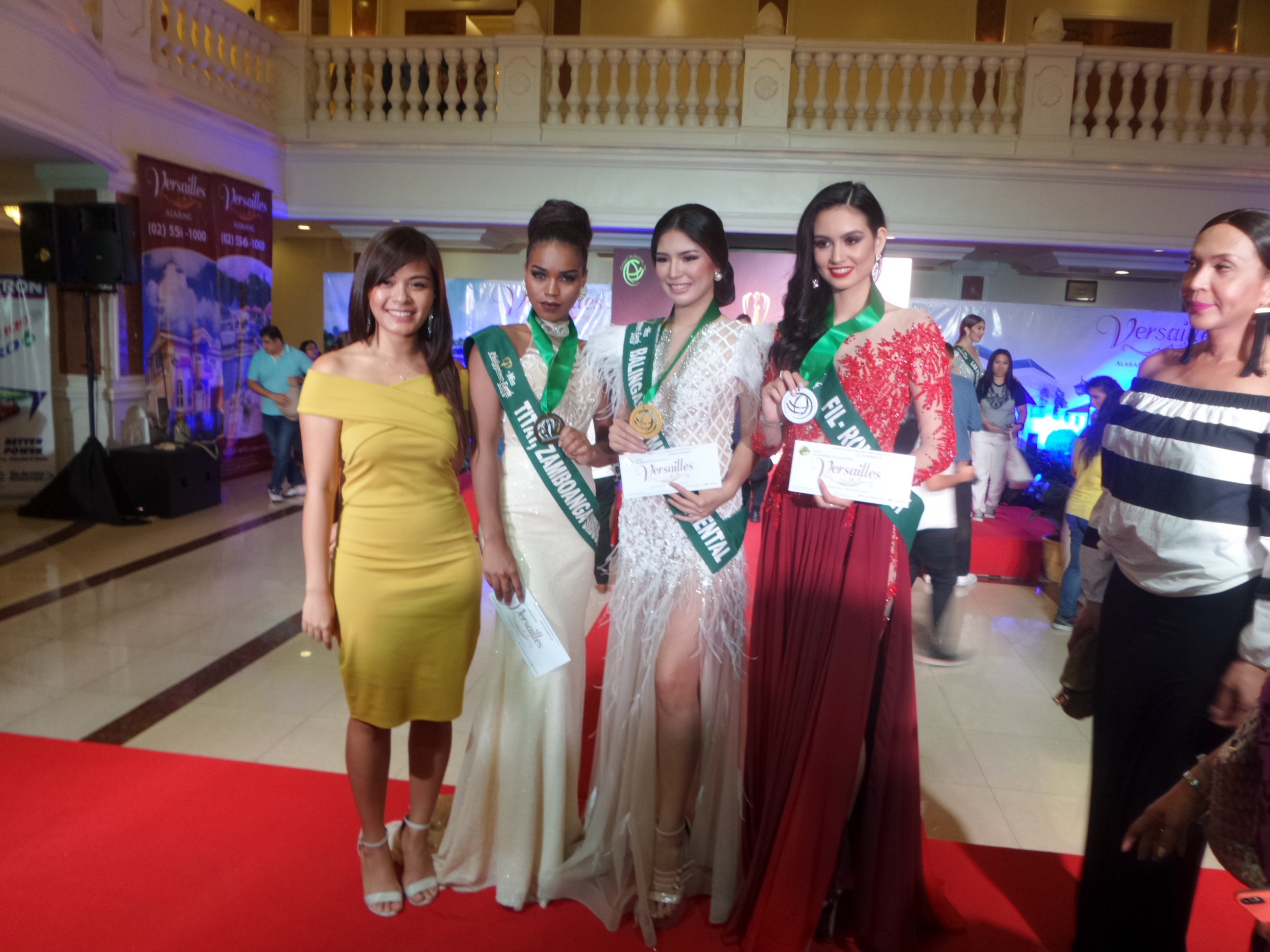 Mindanao dominated the 2018 Miss Earth Philippines pageant’s preliminary events, hauling more than half of the medals awarded in three competitions staged at the Versailles Palace Alabang in Muntinlupa City.

Halimatu Yuwashu from the town of Titay in the province of Zamboanga Sibugay bagged the gold in the cocktail wear contest, and bronze in the evening gown competition that was topped by Berjayneth Chee of Balingasag, Misamis Oriental.

For the swimsuit competition, the silver medal went to Marra Christy Dianne Silvosa of Cateel, Davao Oriental, and the bronze was awarded to Princess Faye Fernandez from Laak, Compostela Valley.

But the biggest individual winner was Silvia Celeste Cortesi from the Filipino community of Rome, Italy. She bagged gold in the swimsuit contest, and silver in both the cocktail wear and evening gown competitions.

Aubrey Elauria from San Pedro, Laguna, bagged the lone medal for Luzon, clinching the bronze in the cocktail wear competition.

The swimsuit and cocktail wear competitions were staged on Friday, while the evening gown contest was held on Monday evening.

The ladies from Metro Manila and the Visayas failed to bag any medal from the three auxiliary events held at Versailles Palace Alabang. However, they were well represented in competitions staged earlier.

Cortesi clinched the silver and the special title “Miss Laus Group” in the contest held in Pampanga on April 21. Gabirelle Basiano from Tacloban City got the bronze.

For the “Trash to Class” contest held on April 22, Joanna Krystel Cabrezos of Zamboanga City and Janeen Gerosa from Iloilo City shared the silver, while Leah Macapagal of Dinalupihan, Bataan and Aimee Leysa from the Filipino community of Alberta, Canada, tied for the bronze.

The 2018 Miss Earth Philippines delegates will be presented to the media on May 10 at the Diamond Hotel in Manila, and will vie for the “Darling of the Press” award.

Reigning Miss Earth Karen Ibasco of the Philippines will relinquish her national crown on May 19, in coronation ceremonies to be staged at the Mall of Asia Arena in Pasay City.

The program will have a delayed telecast on ABS-CBN on May 27, before “ASAP.” /jpv