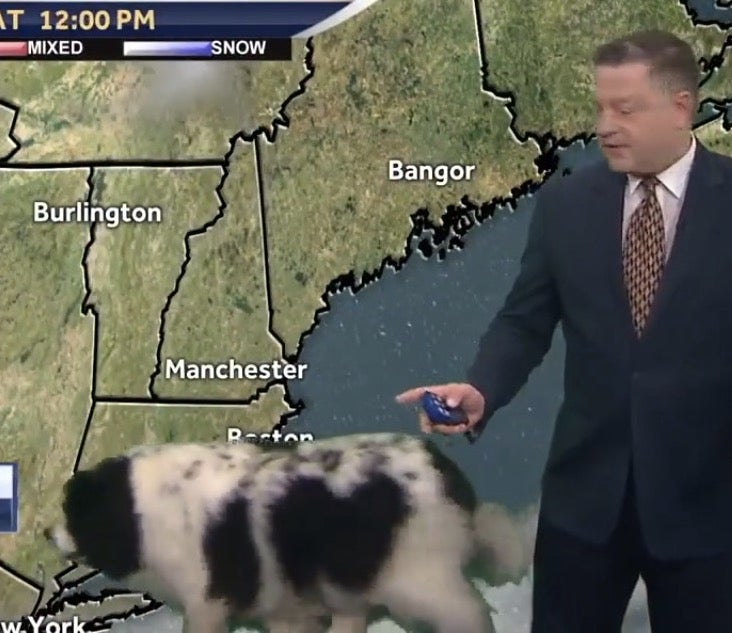 A random dog casually interrupted a weather report when it walked across the background without a care in the world.

Weather reporter Josh Judge, of Manchester, New Hampshire, USA, was preparing to talk about the weather for network WMUR-TV on May 5 when a dog walked across the weather display behind him.

Surprised, Judge couldn’t help saying, “There is a dog behind me” before chuckling as he looked behind him to point at the weather display.

He then took the cue after the dog exited and said, “It’s not the dog days of summer just yet, but it’ll be warmer than you’d expect this time of year.”

Netizens had a good laugh at the incident and congratulated Judge on the witty comeback for an unexpected situation.  /ra