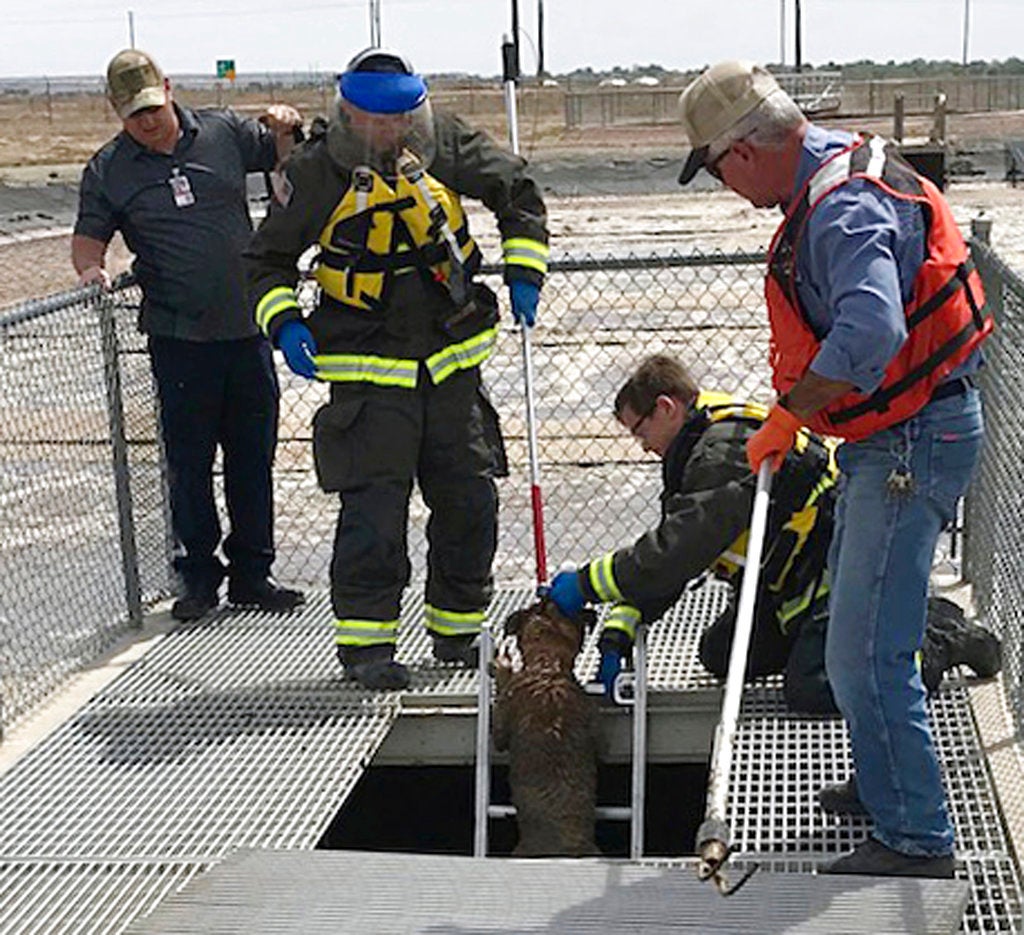 A 2-year-old English mastiff led astray by an escape-prone hound dog is happy to be home, but still stinks after being found stranded in muck at a wastewater treatment plant in Colorado.

Gidget’s ordeal started when a walker coonhound named Buddy helped her escape from their house in Pueblo West on Sunday evening.

“We have a hound dog that likes to play escape artist with the front door,” Mandi Smith said Tuesday. “When he gets out Gidget, of course, follows.”

The hound came home about mid-day Monday, wet and muddy, without his partner-in-crime.

While Smith was out searching, an employee at a wastewater treatment plant about 6 miles (10 kilometers) from Smith’s house heard Gidget barking for help. Tony Campbell found the dog on the edge of an aeration pond.

The aeration process makes it impossible for anything to float in the waste water, even a boat, said Pueblo West Fire Division Chief Brad Davidson, meaning it wasn’t safe for Campbell to try and rescue Gidget herself.

Fire crews used a ladder to get down to Gidget. They hosed her off and turned her over to Pueblo Animal Services, where she got two decontamination baths at the shelter before being returned to her owners.

“Everybody at the shelter just loved her,” Smith said. “She was a star.”

Campbell, a friend of Smith’s, had seen Buddy at the treatment plant, too, but was unable to catch up with him.

Smith’s 16-year-old son Henry Smithour went to pick up Gidget, who was reunited with Buddy and the family’s other dog.

“Gidget is just ecstatic to be home,” Smith said. “Out of all the dogs, she’s the baby of the house.”

Both escapees were smothered with love…and shampoo.

“They have gotten so many baths and they still smell,” Smith said. “The poor bulldog is keeping her distance.” AB