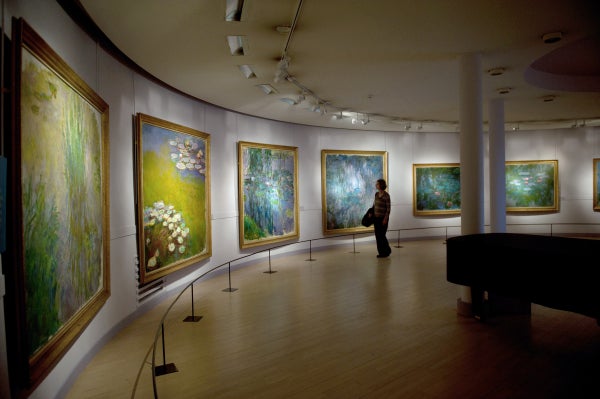 In what was billed as the “sale of the century,” the art collection of Peggy and David Rockefeller, comprising 1,500 pieces, sold at auction for a record-breaking $832.5 million, Christie’s said Friday.

The figure eclipsed the previous record held by the collection of Yves Saint Laurent and Pierre Berge which sold for $484 million in 2009.

Coming after the extraordinary $450 million sales last November of Leonardo da Vinci’s “Salvator Mundi,” also at Christie’s, there had been some speculation that the billion-dollar threshold could be crossed by this sale.

Organized over 10 days, including online sales, it nonetheless broke numerous records, a testament to the rude health of the global art market.

The collection’s crown jewel was auctioned Tuesday for $115 million, the sixth most expensive ever sold: Pablo Picasso’s “La fillette a la corbeille fleurie,” a part of the Rockefeller Collection since 1968.

Latin American art meanwhile also hit a new peak with the sale of Diego Rivera’s “Los Rivales” for $9.7 million, a new record for art from the region.

David Rockefeller, the grandson of the legendary magnate John Rockefeller, died last year aged 101, more than 20 years after the death of his wife Peggy.

He had embraced his family’s tradition of philanthropy and inherited his taste in art from his mother, who co-founded New York’s Museum of Modern Art.

The proceeds will go to a series of nonprofit organizations, including David Rockefeller’s alma mater Harvard University, as well as Maine National Park, which was beloved by the family and to which he donated a thousand acres for his 100th birthday. MKH