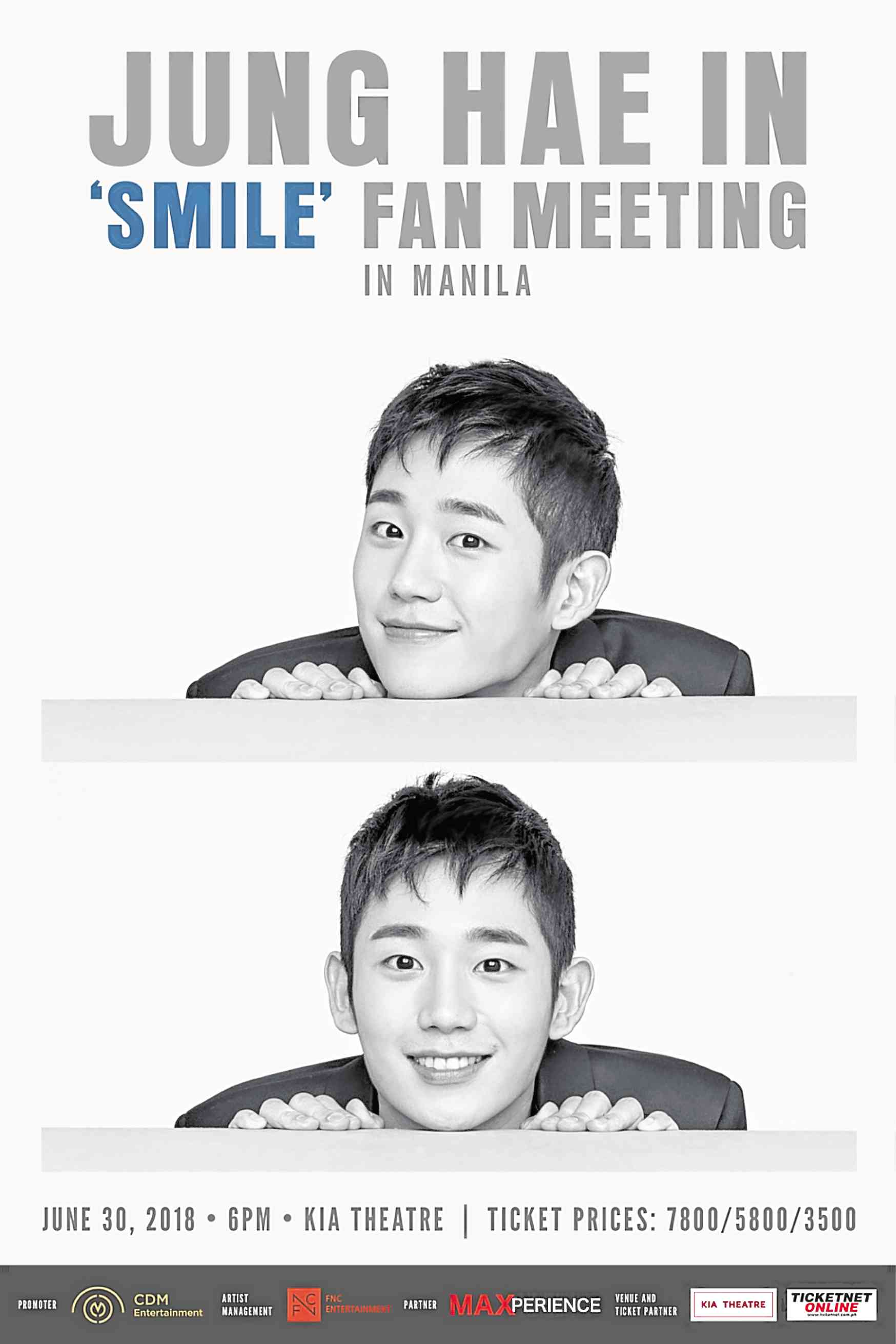 Jung Hae-in got you these Super reasons to ‘Smile’ 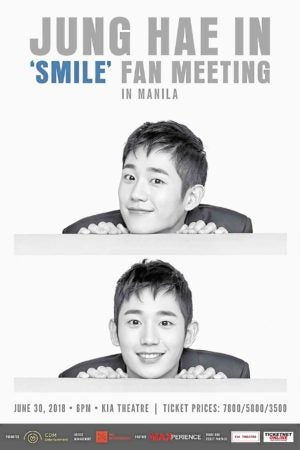 Jung Hae-In is the type of guy you’d get a crush on at first sight.

He was described as the anonymous “tall handsome guy” when he first appeared in AOA Black’s “Moya” music video, and at that very moment, everyone hoped it wasn’t his last stint in the limelight.

Hae-in then played Ji Eun-tak’s first love in 2016’s “Goblin.” When his face was revealed on screen, we instantly understood why. The shadow of his baseball cap does not dull the brightness of his smile and his look had no trace of jock mischievousness—he easily gained the approval of everyone, except that of Kim Shin, of course.

But it’s no secret that Hae-in’s fame skyrocketed after he played alongside Lee Jong-suk and Bae Suzy in “While You Were Sleeping.” His character Woo Tak helplessly owned up to the fate of the second lead, but never did he run out of charm episode after episode.

Just a glimpse of him onscreen can make his fans giddy but there are a couple more reason why everyone should keep their eyes on Korea’s next superstar:

Sure, he’s starring in yet another romantic drama but something about Netflix’s “Something in the Rain” makes it feel so natural and real. This time he actually gets the girl and we find ourselves rooting for their love story. The show deals a lot about the honeymoon phase of a relationship, and Hae-in, armed with modern-day gentleman moves, sure knows how to make a woman fall head over heels.

Whenever the camera is focusing on this South Korean star, it really doesn’t feel like he’s acting. Hae-in is able to channel all these emotions effortlessly and viewers can’t help but sympathize with his characters. He makes it seem so effortless. He truly deserves more recognition.

You simply can’t talk about Hae-in without the mere mention of his smile. Whether it’s a smirk or a full grin, it’s bound to elicit some kilig to anyone who sees it. His smile is sweet, sincere, and can immediately disarm you.

His fans had this coming for a long time—Jung Hae-in will finally be flying in the country to make everyone swoon and fall under his spell during his June 30 fanmeet. The good thing is, ticket-selling will start on May 26, so you’ll have enough time to save for your fanmeet passes, buy some K-drama merch you’ll ask him to sign and craft some props to make him feel the audience love he deserves.

Filipino fans will get to see the hilarious side of this heartthrob, a side that his coworkers have often raved about in countless interviews. Fanmeets also make you experience a “hitouch,” where you get to grasp your idol’s hand for just a few seconds (better than nothing, right?). We’re betting all we have there’s going to be a staring contest, and Hae-in’s winning move will definitely be the combination of puppy dog eyes and that refreshing smile.

Like the characters he has played, Hae-in genuinely seems like a nice guy—and we can’t wait to be proved right.

Jung Hae-in’s fanmeet “Smile” will be held at the Kia Theater on June 30. Tickets will go on sale starting May 26 at www.ticketnet.com.ph.