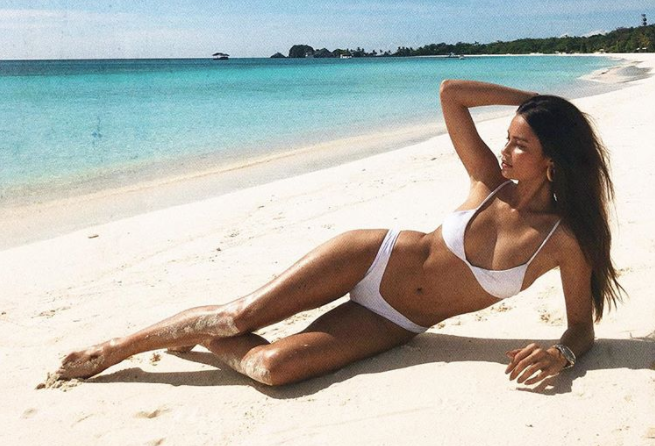 Model Kelsey Merritt fulfilled one of her career goals less than a year after she publicly declared it via Twitter.

Yesterday, May 11, Merritt brought up a Twitter post from 2017 where she said, “Mark this tweet. Makakapag VS din ako balang araw (I will be a part of Victoria’s Secret one day). #lawofattraction”

Her optimism seems to have paid off, as she revealed, “Remember this tweet? Well… I‘m shooting with Victoria’s Secret next week!!!!! I cannot contain my happiness. All for You!!!!”

Remember this tweet? Well… I‘m shooting with Victoria’s Secret next week!!!!! I cannot contain my happiness😭🙏🏽❤️ All for You!!!! https://t.co/vsCCOOGQ78

Actress Liza Soberano wrote, “I’m so happy and proud of you!”

“Remember when we were still wishing this day will come?” replied Merritt.

Thank you love!!!! ❤️❤️❤️ Remember when we were still wishing this day will come ❤️ https://t.co/raRRx75x4m

So proud of you girl! Congrats 😘💗

Merritt told fans her dreams were dedicated to fellow Filipinos: “If only you guys know I work this hard to make the Philippines proud. Love you all!!!!”

The 5’9” beauty has been modelling since her teens, but has made sure to prioritize her studies in Ateneo de Manila University — even if she was signed with Wilhelmina Models, a New York-based modeling agency. She finished her AB Communication degree last year and is currently represented by Women Management Milan.

Her projects have included working with international brands such as Maybelline — where she worked with model Gigi Hadid — and Vera Wang. Local brands Palmolive and San Mig Light have snapped her up as an endorser. She has also graced the covers of local magazines such as Rogue, Metro and Preview.

Among the other goals she has set is to “walk for haute couture shows.” With her hard work and persistence, perhaps that dream may also not be too far off. JB

The sought-after Kelsey Merritt finds time to finish her studies

All the Things You Need to Know About Kelsey Merritt