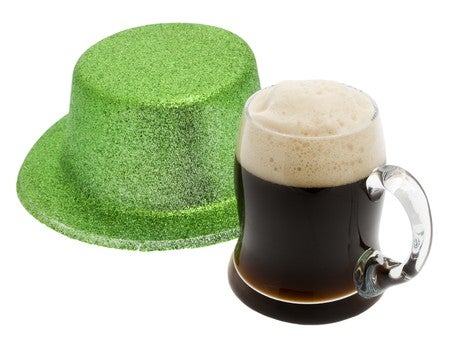 A woman who recently celebrated her 100th birthday claimed that drinking a glass of Guinness Irish beer everyday led to her longevity.

One hundred year-old Doris Olive Netting from Plymouth, England in the United Kingdom started drinking the Irish beer in her early 30s. She celebrated her 100th birthday on May 4, reports Plymouth publication The Herald.

Her granddaughter Tammy Netting, 37, said that Doris Olive started drinking a glass of Guinness a day sometime after the end of World War II. At the time, the beer company had been running a campaign which claimed the beer had high amounts of iron.

Doris Olive celebrated her birthday with a Guinness-themed party at the Parkwood House care home. She also got a personalized gift basket from Guinness which included several bottles of their signature drink, a card, and packets of flavored crisps.

The centenarian even received a basket of flowers and a letter from Her Majesty Queen Elizabeth II, delivered by Wendy Foster, the Lord Mayor of Plymouth, the report stated.

On her 85th birthday, her son and grandchildren brought her to Dublin, Ireland to tour the Guinness factory. The old lady loves her beer so much, she even suggests that Tammy should start drinking a glass everyday, too.

Doris Olive grew up in West Hoe, Plymouth, one of 11 siblings. It was also where she met her late husband Percy Netting in 1941. They had one son, John, who is now 71 years old. John later gave his parents two grandchildren, 44-year-old Rick and Tammy.

Percy passed away in 1976, which left Doris Olive to live on her own in the house at Pennnycross, Plymouth. Four weeks prior to her birthday, Doris Olive became ill and had to be brought at the care home for the time being.

Tammy told The Herald that her grandmother led a good life in Pennycross. People at the Pennycross Social Club loved her company and Olive excelled at playing darts when not singing or playing bingo. Before she retired, Olive worked for Tucketts Sweet Factory and Toshiba. Alfred Bayle/JB